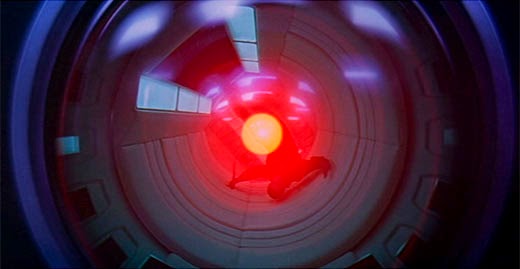 One the regular faces in the gallery at Michael Sona's trial was Susan Watson, and like me, she's a bit concerned about internet voting. Specifically, given the testimony about the extent of the shenanigans on the Marty Burke campaign in 2011, she's worried about just how hackable an online voting system can be, and whether or not its an invitation for unscrupulous people to usurp democracy by flubbing a couple of ones and zeros. Aside from my own philosophical belief that democracy is worth leaving the house for, there is a real, genuine concern that the technology is vulnerable to people with ill-will, and considering that the city has not talked too much about the system they're setting up for the advanced internet polls in October, I can only imagine they're not too far along in its creation.
Here's Suan's letter, which was sent out over the weekend to members of Guelph city council and the Royal City's mainstream media:

I am writing to express my extreme alarm at the prospect of the use of internet voting in the October Municipal Election. This deep concern has been triggered as a result of sitting through almost four full days of testimony at the Michael Sona Robocalls trial here in Guelph.

I will detail my fears below, but the request I am making is that you seriously consider re-opening the matter at an upcoming meeting of Council and suspend internet voting until such time that you are confident that all security matters can be fully resolved.

Almost all Guelphites must know about the misleading Robocalls that took place during the 2011 Federal election, but even for someone who follows the news closely, I found it shocking to absorb the level of criminality laid out in the Admitted Facts and the testimony at the trial.

The courtroom heard testimony about the following dirty tricks and illegal activity:
While the long list of criminal activity is profoundly disturbing, it is this last item – the use of a proxy server to conceal the identity of the computers - which is of the most concern for the impending Municipal election.

I am attaching a copy of the “Admitted Facts” submitted by the Crown at the beginning of the court case. “Client #93” is Pierre S. Jones, aka Pierre Poutine.

Item #23 pertains to the proxy server used to conceal the address of a computer used to launch the calls:

Mr. Prescott was Deputy Campaign Manager for the Marty Burke campaign and was also in charge of information technology. He is a graduate of a two-year Computer Network Support program at Seneca College and has worked for more than 10 years as a computer specialist. In 2011 he was the Senior Systems Administrator at St. Joseph’s Health Care Centre here in Guelph.

Mr. Prescott was questioned extensively under cross-examination about the use of the proxy server.

Mr. Prescott claimed that at the time of the Federal Election on May 2, 2011, he had very limited experience with proxy servers. His only use of this tool was via a web-based proxy server which he used to watch English football games on the internet.

He testified that access to and the use of proxy servers was extensively discussed among local Conservatives. This was as a result of what Mr. Prescott characterized as a “media scandal” in which a local Conservative candidate in the 2010 Municipal election had been discovered using several different aliases to comment on Guelph media blogs. Local Conservatives wished to work out a mechanism where a number of people working out of a single campaign office could comment on media blogs without appearing to all be working from the same IP address.

There was nothing I heard in testimony in court that would indicate that Michael Sona possessed either the relevant training or expertise to set up proxy servers in the Marty Burke campaign office. In fact, from my perspective as a lay observer of the trial process, testimony given in court indicated that there was at least one other person involved in sending out the misleading calls, if not more.

Certainly the capacity to use proxy servers to conceal one’s unique Internet Protocol address was researched by an unknown individual or individuals in Conservative circles and was used in connection with the criminal vote suppression by the Marty Burke campaign on May 2, 2011.

If tracking the unique nature of a computer IP address is one of the safeguards for the Municipal internet voting system, easily downloadable proxy server software programs render this safeguard meaningless. Anyone with a number of voter cards and PIN numbers in their possession could submit multiple votes from one individual computer using proxy server software.

I would like to emphasize that tracking down the criminal activity in the Guelph Federal election took months of painstaking work by an investigator. In fact, it seems it was only a chance mistake in coverage of tracks which led the investigator to the Burke campaign. Andrew Prescott testified that on the evening of May 2nd, Ken Morgan approached him and asked him how to shut down a call-out from Racknine. Mr. Prescott logged onto his own laptop with a user name and password provided by Mr. Morgan. It was this log-in which appears to have linked Mr. Prescott’s computer to user #93 – Pierre S. Jones, aka Pierre Poutine. If not for this momentary lapse, the proxy server concealing the identity of the computers interacting with Racknine would have done its job and the connection might never have been made.

The other problematic issue which feeds into potentially fraudulent use of internet voting is the abysmal state of the Voters List. In 2006, I volunteered during the Municipal election campaign. At one house in my neighbourhood the Voters List had eight residents. The person who answered the door told me that none of those people lived in the house any more, some had been gone for 6 or 7 years. I made notes and phoned the City Clerk at the time so the names could be removed from the list. The Clerk informed me that only the individuals named could themselves request that they be removed from the list. I do understand that in the case of information of a recorded death, the Clerk will remove the name of the person.

I am old enough to remember the quaint and now-extinct practice of door-to-door enumeration executed by Elections employees prior to elections. I assume this is one of many casualties of relentless cost-cutting. What this now means is that in the case of rental housing, the Municipal Voters list is bloated with the names of tenants who have long-since left town.

The distribution of Voter cards containing the names of voters and PIN numbers is really an exercise in mailing thousands of ballots out into the community. The potential exists not only for theft from mail boxes but for individuals to fraudulently obtain mail distributed to voters who no longer live in the City.

One way to describe my experience of four days sitting in court is a certain loss of innocence around what now seems to be a naïve belief in the commitment to fair play on the part of local participants in our democratic processes. Given the national scope of voter suppression which occurred during the 2011 election, I am also experiencing a profound dismay at the inability of Elections Canada to find and prosecute all perpetrators.

Guelph now wears a black stain of illegal election activity. The mechanisms of this activity were laid bare in the Admitted Facts and the testimony at the Michael Sona Robocalls trial.

In light of the now-proven capacity for acts of election fraud involving computers in our community and the unacceptable inaccuracy of our Municipal Voters List, I urge members of Council to reverse the decision to proceed with internet voting for the 2014 Municipal election.

Based on the evidence put before us this past week, the benefits of internet voting in Guelph for personal convenience or a marginal increase in voter turnout is not worth the risk of exposing our electoral system to further criminal abuse.