And Now Back to Our Regularly Scheduled Election 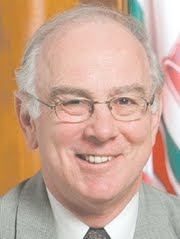 The recently concluded Provincial Election put the real 2014 race, the province-wide municipal elections, on hold. But now that the fog has cleared, all systems are go for those looking to step up and try their hand at public office on a local level. Two new people added their names to the ballot, one is an incumbent city councillor, and the other is the first man to put his name forward for school board trustee.


Joe Tersigni becomes the first person to enter the local race for school board trustee. Tersigni is a retired History teacher and is running for one of four seats on the Wellington Catholic District School Board. If he wins the election, it will be his first term on the school board.
In the city council race, a pair of incumbents there have said they intend to run again. Ward 6 Councillor Karl Wettstein has announced that he'll be running for his fourth term around the horseshoe, hoping to follow back-to-back victories in 2006 and 2010 with another victory this October. Wettstein will face some stiff competition from freshmen candidates Mark MacKinnon and Keith Poore, who both declared back in February. Wettstein's current ward-mate Todd Dennis* has told the Guelph Mercury that he intends to run again, but he has yet to file his nomination papers with the City of Guelph.

*Dennis' name has now been added to the city's official list of candidates and is dated for June 18. Perhaps there was a hiccup in the system.
As it stands today, over half of the current city council has declared their intentions for Fall. Ward 3 Councillor Maggie Laidlaw, Ward 5 Councillors Lise Burcher and Leanne Piper and Mayor Karen Farbridge have all declared their intentions to run for re-election. Ward 4 Councillor Cam Guthrie is running for mayor and his ward-mate Councillor Gloria Kovach has said she's retiring at term's end. Ward 1 Councillors Bob Bell and Jim Furfaro, Ward 2 Councillors Ian Findlay and Andy Van Hellemond and Ward 3 Councillor June Hofland have yet to declare either way.
The deadline for nominations is September 12. The Municipal Election is October 27.
Posted by Adam A. Donaldson at 5:11 PM