Editorial - Thinking Outside the Big Box

The recent news that the development of Costco is delayed, and may possibly not open in time for this coming Christmas shopping season,was sad news for a lot of people. Not me. Never me. I've never been to a Costco, I've never had any desire to go to one, so I'm not really the person to celebrate the idea of one opening in Guelph. Although by necessity I do patronize big box stores, but there is something about them that strikes me as unsettling: I've been to a Wal-Mart in Ontario, and I've been to a Wal-Mart in Indiana, and do you know what the aesthetic difference is between the two is? Neither do I.
Read more »
Posted by Adam A. Donaldson at 10:27 AM No comments: 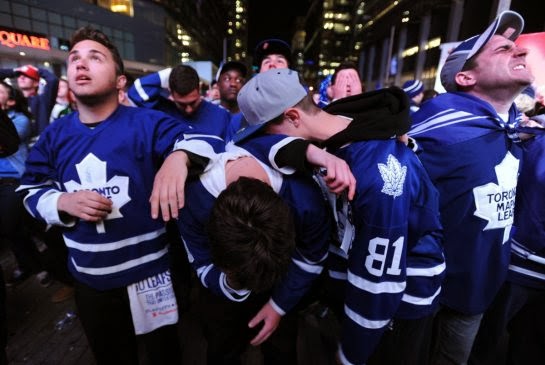 Professional hockey is back, and so is the idea that being Canadian and being a hockey fan are the exact same thing, synonymous and inseparable. This time last year though, there was no pro-hockey, and no one had any idea when there might be hockey. People were ticked, but that anger went away pretty quick when the millionaire athletes they both loved and hated finally took to the ice.
No place was that more true than a few miles down the road in Toronto, where Maple Leaf worship is devote and absolute, yet with far fewer miracles required to placate the faithful. In fact, Toronto is coming up on nearly half a century without a championship, and as teams in the United States, some of whom are recent champions, struggle to fill arenas, the Leafs remain the NHL's most profitable team. Actually, they're a quarter of a billion dollars more profitable than the number two team, the New York Rangers.
So what does any of this have to do with politics? Well, I would argue that fans of the Maple Leafs don't get a lot of return on their annual investment of $1 billion; no Stanley Cup in 46 years, one playoff bearth in 10, and even then they were put it out in the first round. It seems that if you're a Maple Leafs fan, you've not only come to expect a lot of disappoint, but you've become comfortable with the fact that you're going to get it. It sort of reminds me a lot of politics.
Read more »
Posted by Adam A. Donaldson at 1:59 AM No comments: 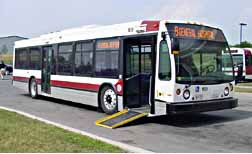 Taken on it's own, a press release sent out by the city yesterday was a bit on the mysterious side. "Bill Richardson, Guelph’s Transit’s recently hired Supervisor of Transit Mobility, is no longer employed with the City of Guelph, effective this afternoon," it said.
The release went on to say the termination notice was tied to an arbitration ruling in a Hamilton court yesterday, the circumstances of which were not known at the time of Richardson's hire. It also said that Richardson's application to the Guelph job came complete with two satisfactory references from the Hamilton Street Railway. So it begs the question, what went wrong?
Read more »
Posted by Adam A. Donaldson at 4:43 PM No comments: 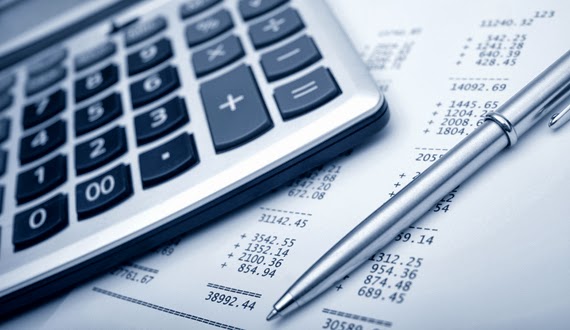 It's the most wonderful time of the year, city budget consultation time. The process begins on October 1st this year with the presentation of Guelph's Capital Investment Strategy, and city hall's looking for your feedback on what Guelph should spend money on in order to improve the roads, and parks, and other infrastructure that make the Royal City home.
Read more »
Posted by Adam A. Donaldson at 9:53 AM No comments:

Hey, you like construction around town, don't you? Well, this latest notice from city hall is for you.
Read more »
Posted by Adam A. Donaldson at 1:36 PM No comments: 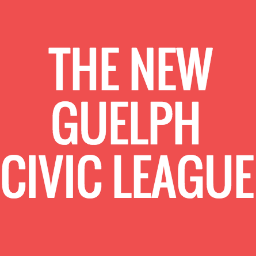 The Guelph Civic League started about seven years ago with a goal of increasing civic engagement. There have been a lot changes in the organization in that time, and the last couple of months have been no exception, but it's now time to break for a celebration.
Read more »
Posted by Adam A. Donaldson at 1:59 PM No comments:

Who Pays for Scandal? 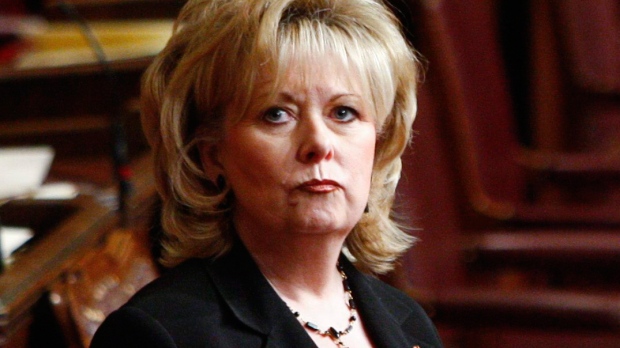 On Friday it was reported that Senator Pamela Wallin had made a payment of $100,600.98 covering the remaining amount of expenses she inappropriately claimed as a senator, as well as an additional $13,938.19 in interest charges. To say the she did so begrudgingly is an understatement as she refuses to accept responsibility for using the Canadian taxpayer as her own personal piggy bank. “If mistakes were made, I am responsible for those, but there was never a deliberate attempt to thwart the travel policy that was in place at the time the claims were submitted,” Wallin said in a written statement. Coming from a woman who photocopied an airline ticket so she could claim the expense from both the senate and the University of Guelph, that's some serious chutzpah.
Still, I have to say that I give Pamela Wallin credit, she misspent government money, and even though she's kind of being bullheaded about just owning up to the fact she was wrong, she did - eventually - pay it back. So did Mike Duffy, even if he had to write a IOU to PMO staffers in order to the job done. Spending scandals are nothing new to government, but what struck me about the senate expense scandal is that at least were getting the money back. Can the same be said for most other scandals of this sort?
Read more »
Posted by Adam A. Donaldson at 8:18 AM No comments:

It was a lovely evening for an announcement in front of Old City Hall, and it was there, in front of John Galt and about 30 to 40 supporters that James Gordon declared that he was going to do what most people had already figured he was going to do anyway, run for the NDP in the next provincial election in Guelph.
Gordon gathered supporters in front of the statue of Galt because he says that he draws inspiration from the Guelph's "visionary," "risk-taking" leader, and because the location is conveniently across the road from where Gordon started his career of community engagement at the Carden Street Cafe. "It turns out I was more interested in those conversations than in serving lunch," Gordon says, "But it's those connections that have led me here today."
Read more »
Posted by Adam A. Donaldson at 7:50 PM No comments: 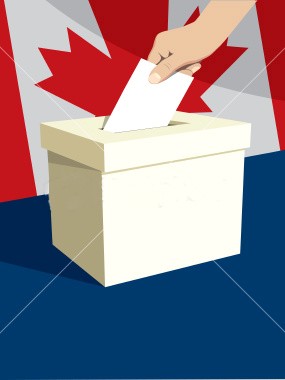 It seems as if the new Guelph Civic League will have some competition in the engagement to make citizens active voters in the coming municipal election. A new group called GrassRoots Guelph has made themselves known, and they are looking for a few good members. Once you've signed up, they've promised to include you in "regular newsletter for members keeping them informed of the issues," as well as "town hall meetings, led by neutral moderators, [that] will invite the public to express its views on the city political scene." Sounds good, doesn't it? But is GRG all it appears?
Read more »
Posted by Adam A. Donaldson at 2:05 PM No comments: 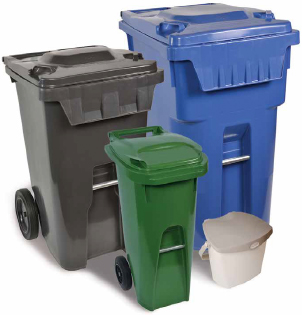 Despite the distinct opposite of fanfare in regards to Guelph's new waste cart program, Phase 2 of the roll-out begins later this month, as announced today by a city press release.
Read more »
Posted by Adam A. Donaldson at 5:48 PM No comments:

There was a recent story that Ward 3 Councillor Maggie Laidlaw was being investigated by the integrity commissioner after complaints were filed about some harsh words the veteran politician had at a committee meeting. But after an apology offered by Laidlaw to the complainants, the matter has been withdrawn and the probe ended before the results of the investigation could be brought to council.
Read more »
Posted by Adam A. Donaldson at 7:39 PM No comments:

Back to the Drawing Board for City Tourism Plans

One of the most controversial bits from last year's budget deliberations was the decision to see if city hall could farm out tourism services to a community partner, and take it off the hands of city staff. At September 17th's Community and Social Services Committee meeting, staff will recommend that city hall continue to operate tourism services while conducting a review of operations. Let that non-surprise sink in for a moment.
Read more »
Posted by Adam A. Donaldson at 12:02 AM No comments:

Switching to a Full-Time City Council?

The recently re-launched Guelph Civic League website (which is pretty sleek looking by the way if you haven't clicked over to it yet) posted a "Policy Lab," an item requesting feedback from the community concerning important issues and/or policy. A new posting ponders the question of full-time versus part-time city councillors, the latter of which we currently have, and is really more of a qualitative definition as opposed to a quantitative one.
Read more »
Posted by Adam A. Donaldson at 10:22 AM No comments: 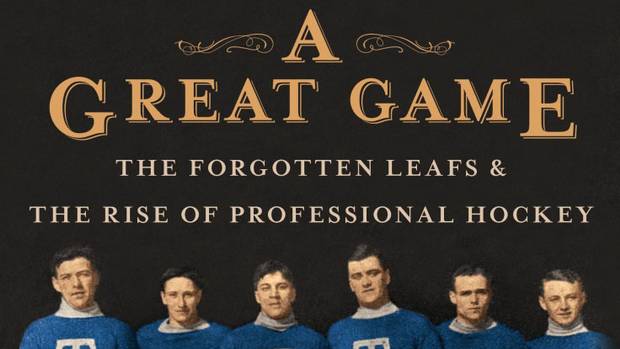 Toronto Mayor Rob Ford gets a lot of flack for his love of coaching football, a hobby that seems to eat up a lot of his time, including time he should be working on important city matters. Well apparently other politicians aren't immune to sports-related hobbies either, as Prime Minister Stephen Harper's hockey book, a tome 10 years in the making, will finally be released on November 5th according to the Globe and Mail.
Read more »
Posted by Adam A. Donaldson at 2:22 PM No comments: 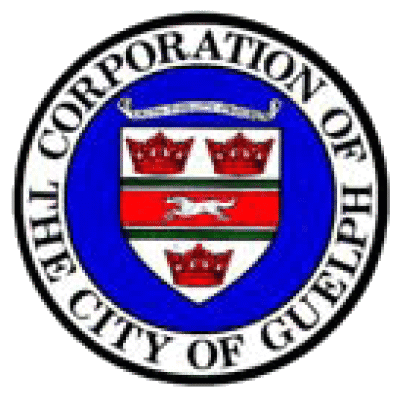 A new press release from the city seems to be celebrating the recent hiring of Derrick Thomson as Guelph’s new Executive Director of Community and Social Services. Thomson seems like he has a pretty good resume, and we all know that City Hall needs some fresh blood and new talent to fill recent vacancies. Thomson takes the job on September 30th.
Read more »
Posted by Adam A. Donaldson at 10:06 PM No comments: