Kovach Confirmed as the Conservative Candidate for Guelph 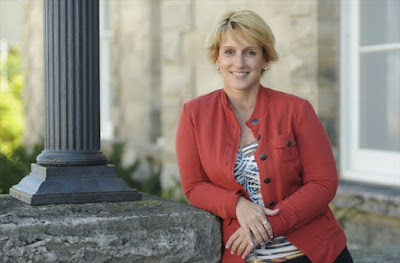 In a non-upset, unsurprising move, the Guelph Electoral District Association (EDA) of the Conservative Party of Canada has announced that Gloria Kovach has been acclaimed as the party's candidate for the Guelph riding in the upcoming Federal Election. The Conservatives are the last major party in the Royal City to announced their candidate for the election, which is expected to be called this fall for October 19.
Read more »
Posted by Adam A. Donaldson at 10:28 AM No comments: 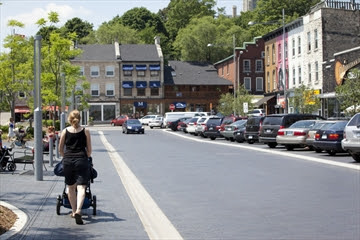 In local plant news, it seems that some of the tress along Carden Street have been suffering from a bit too much water. Despite the persistent dryness during this past month of May, it seems that too much watering has caused the death of several trees along Carden Street. The cause of that is a matter being further examined by the city, in the meantime though, the trees will be removed and replaced starting sometime in the immediate future.
Read more »
Posted by Adam A. Donaldson at 6:50 PM No comments: 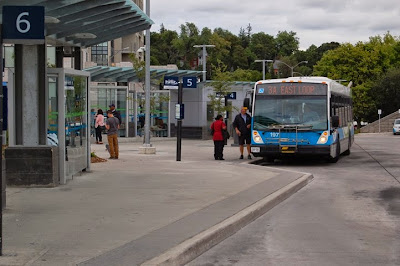 Guelph Transit is working very hard to get its act together. It's put together a pretty comprehensive remodel of the transit system and schedule that should go into effect later this year, but Transit wants more. Specifically, it wants more people to get on our city buses. What would it take for you to give up your car and take public transit more often? What are some ways that the city can get people to their destination quicker? What other areas can transit improve in? If you have an answer to any of these, or other transit related questions, the city wants to hear from you at a meeting next week.
Read more »
Posted by Adam A. Donaldson at 6:33 PM No comments: 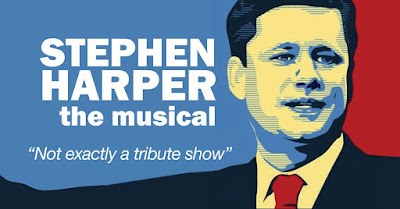 Let it be understood, I only endorse this a piece of local theatre and not as a political endorsement. Stephen Harper: The Musical is returning to Guelph next week in a one week only performance meant as a fundraiser for local NDP candidate Andrew Seagram.
Read more »
Posted by Adam A. Donaldson at 4:57 PM No comments:

Olympics and athletics are of top of mind this summer as the Pan Am Games and Para Pan Am Games take place in Toronto in a couple of months. What does that have to do with Guelph? Well, the provincial Special Olympics will be taking place here next summer, and the annual fundraiser, Sounds of Summer, is looking to set up Royal City Olympians in style.
Read more »
Posted by Adam A. Donaldson at 12:26 PM No comments:

Buses Moving Back to St. Georges Square for the Weekend 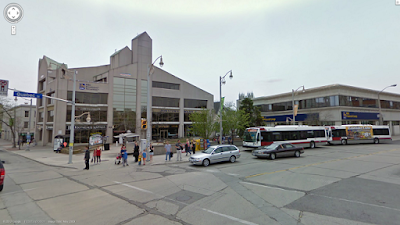 Remember when all the buses departed from St. George's Square? Well, your nostalgia itch will be scratched this weekend when circumstances (construction on Macdonell and Wellington) will force the buses to convene at the Square instead of Guelph Central Station. Plan your route accordingly.
Read more »
Posted by Adam A. Donaldson at 2:40 PM No comments: 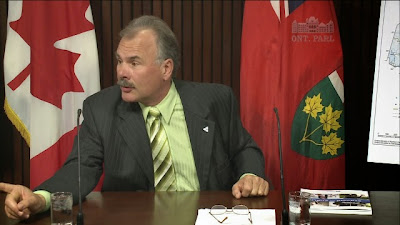 Former Environmental Commisioner of Ontario Gord Miller is entering federal politics, and running to represent the Royal City. This morning, Miller made it official, tossing his hat in the political arena again, this time as the Green Party of Canada's candidate for the Guelph riding.
Read more »
Posted by Adam A. Donaldson at 11:00 AM No comments: 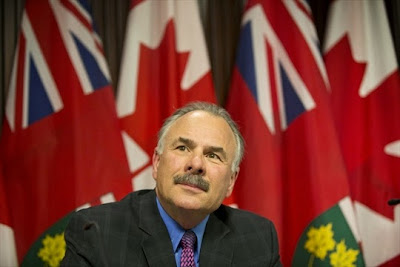 A curious press release showed up this morning, an invitation to a press event where in Gord Miller, former Environmental Commissioner of Ontario, will be announcing "his plan to run in the upcoming federal election in the riding of Guelph." Specifically? Well, if he's going to be a major party candidate, he has one of two choices, and considering his career path, it should be fairly obvious what colour banner he'll be waving come the fall.
Read more »
Posted by Adam A. Donaldson at 1:47 PM No comments:


"You can't help but live in Ottawa and get involved in politics," says filmmaker Peter Smoczynski. Ottawa is a company town, after all, and that company is the Federal government, so when that industry is in the news for alleged corruption and possible criminal investigation, everyone in town is affected, even the guy with the camera.
Smoczynski decided to use his cameras to make a documentary called Election Day in Canada: The Rise of Voter Suppression, a nation-wide effort to capture not just what happened on May 2, 2011, but to look at how we got there, and where we might be going as we look to the Federal Election this coming October. There have been books, chapters in books, newspaper articles and blog posts representing millions of words written about the robocall scandal, but Smoczynski's is the first documentary.Election Day will be screened twice this week in Guelph and once in Waterloo as part of a national tour, but the course from script to screen was not a smooth one for Smoczynski.
Read more »
Posted by Adam A. Donaldson at 7:39 PM No comments:

More Food Trucks in Guelph? Have Your Say 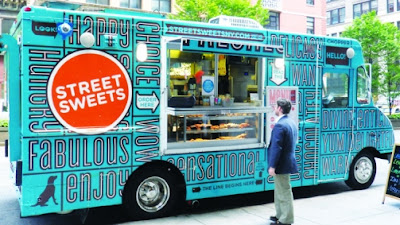 Interested in having more variety in terms of mobile food options? Well, the City of Guelph wants you're feedback in regards to food trucks, and the by-laws that allow or prevent their entry in the Guelph food scene. There's a vexing lack of food trucks in the city, but in many cities there's a tension between that side of the business and more traditional restaurants, and it would be safe to say that Guelph is no exception. So is the city opening a can of worms with this debate? Perhaps, but regardless, the city is looking for feedback on the issue.
Read more »
Posted by Adam A. Donaldson at 8:20 PM No comments: 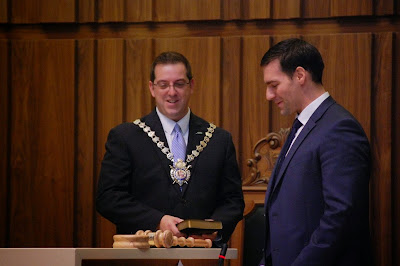 On a recent edition of Open Sources Guelph, Scotty Hertz and I asked listeners to submit questions for Mayor Cam Guthrie, which we then asked during our hour-long interview on CFRU. But if you were dubious as to whether or not we could be trusted to relay your queries to the mayor as intended, this Wednesday's your chance to ask the man in person yourself.
Read more »
Posted by Adam A. Donaldson at 3:40 PM No comments: 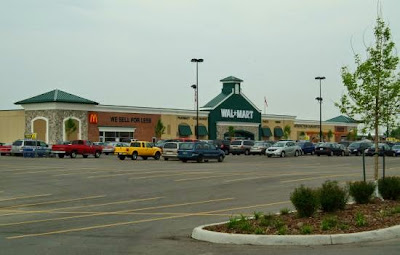 It's been a big question since the collapse of Target Canada, what will happen to all those big box sites now on the market considering the widespread understanding of the business model that bricks-and-mortar stores are becoming irrelevant with the increase in online shopping options. Combined with the recent closure of Future Shop and other large Canadian retailers, there's a considerable amount of real estate on the market, but it seems that one of the surviving retail empires just so happens to be looking to step up. Yes, Walmart is purchasing 13 former Target sites, and one of them is in Guelph.
Read more »
Posted by Adam A. Donaldson at 3:58 AM No comments: 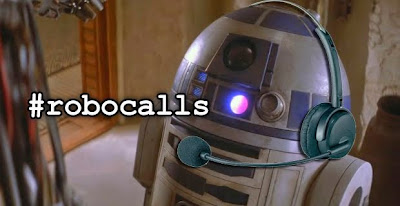 If you're still concerned about the events of the 2011 Federal Election, and the robocall scandal that attempted to disenfranchise thousands of Guelph voters, then you're going to enjoy this night out at the movies. Ottawa filmmaker Peter Smoczynski is bringing his new documentary to Election Day in Canada: The Rise of Voter Suppression to the region in a couple of weeks for screenings in Guelph and Waterloo. It seems that the project is still unfinished, so this is more of a preview screening, but the closer we get to this fall's Federal Election it seems the more that people are piling on with remembrances in various media of just what happened back in May 2011.
Read more »
Posted by Adam A. Donaldson at 11:37 AM No comments: 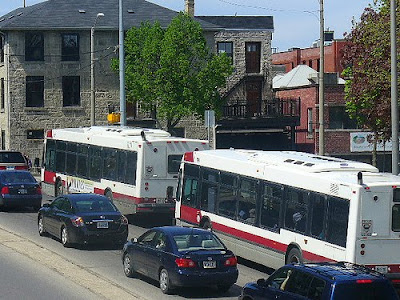 Guelph Transit has had its problems the last couple of years. Those that use the service everyday have tried to tell the powers that be about them, but they've hit a wall, it seems that the problems experienced by people who ride the bus daily aren't easily understood unless you experience them yourself. To wit, community activist and Ward 2 councillor candidate Sian Mawtey last year proposed a transit challenge, every council and mayoral candidate to give up there cars and try to make their way around the city without them. Well two councillors, Phil Allt and Leanne Piper, are taking up the challenge. How will they find a month on Guelph Transit?
Read more »
Posted by Adam A. Donaldson at 8:23 PM No comments:

No Festival Italiano for 2015 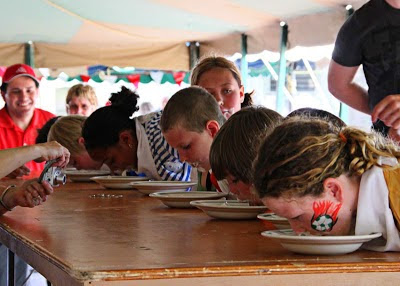 It's hard to get 10,000 people in this town to do anything at the same time, but one of them was Festival Italiano. In a surprise move, the annual celebration of all things Italian, an ethnic group that still carries tremendous prominence in the Royal City, will not be having its 22nd annual event this year. Ordinarily, Festival Italiano unfolds over three days in July, but in it seems that infrastructural obligations at the Italian Canadian Club, the festival's organizer, are taking precedence.
Read more »
Posted by Adam A. Donaldson at 1:01 AM No comments: 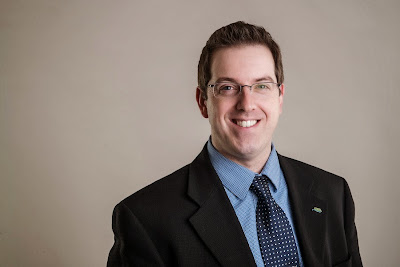 It's been six months since Cam Guthrie was elected Mayor of Guelph, so what's the job been like so far? Back on April 23, Mayor Guthrie joined us on Open Sources Guelph for the entire hour to talk about these first few months in office, what he's learned on the job so far, what he's accomplished with council, and what remains to be done over the next three-and-a-half years.
Read more »
Posted by Adam A. Donaldson at 7:33 PM No comments: