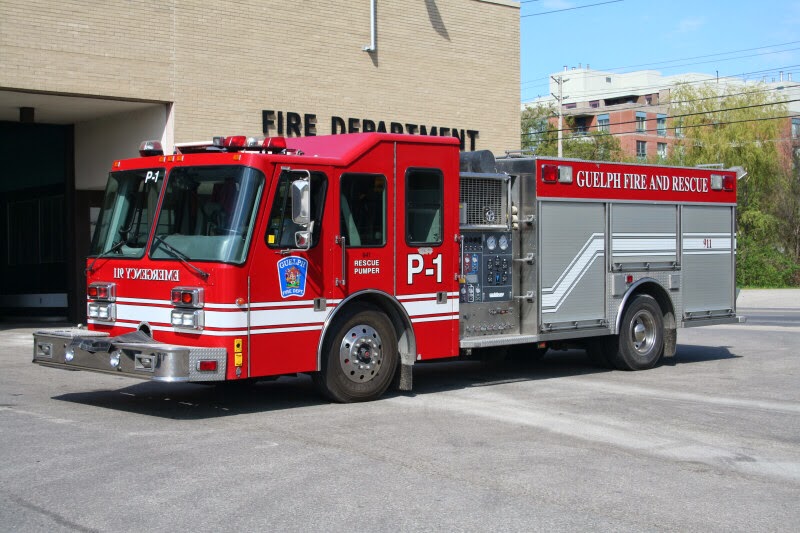 As the city goes into arbitration with the Amalgamated Transit Union, they've appeared to lock up things with another group of essential public employees, the firefighters. After ratification by the Guelph Professional Firefighters Association, city council voted unanimously Monday to approve the new two-year agreement on their end. Of course because this thing is back-dated, it means this newly approved contract will expire at the end of the year, but the wage increases for the fire fighters have already been taken into account in the 2013 and 2014 budgets according to the city staff.
Read more »
Posted by Adam A. Donaldson at 2:08 PM No comments:

SCOC Says Senate Reform is More Complicated Than the Commons 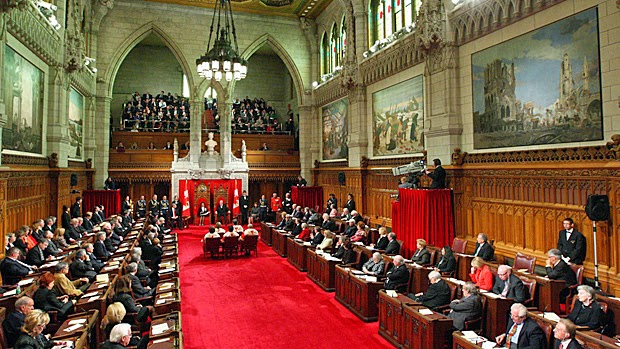 Stephen Harper laid all his senate reform hopes on the Supreme Court of Canada ruling his way, but given his history with the SCOC maybe that was the wrong move. Indeed, the Supreme Court has tossed the senate reform hot potato back into the hands of the Prime Minister, which is as good as not doing anything considering the options now in front of the government and the PM. All the chips Harper had left in regards to senate reform were bet on the Supreme Court to give him the wiggle room he needed to do what he had always promised to do, but didn't, and had to after the expense scandal. He lost.
Read more »
Posted by Adam A. Donaldson at 8:08 AM No comments: 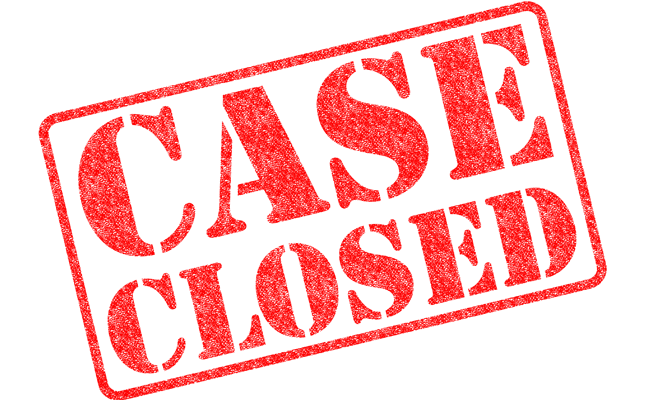 And just like that, it was over. Elections Canada let it be known far and wide yesterday that “the evidence gathered in the investigation does not lend support to the existence of a conspiracy or conspiracies to interfere with the voting process" as a result of their investigation into fraudulent robocalls made on Election Day 2011. And that, as they say, is that. I guess.
Read more »
Posted by Adam A. Donaldson at 1:28 AM No comments:

She's Back! Laidlaw Makes it Official

If she wins, she'll be the longest serving councillor on Guelph City Council, but that's unlikely to make her any less a divisive a figure. Today, Maggie Laidlaw submitted her papers to make her campaign for a fifth term around the horseshoe official, and joining the already very busy Ward 3 race. Laidlaw is the fifth candidate to be nominated for Ward 3, and is the first incumbent of Ward 3 to make official her desire to run again. But in an already tight race, can Laidlaw make her mark, and a case for her re-election?
Read more »
Posted by Adam A. Donaldson at 5:34 PM No comments:

With Earth Day tomorrow, it's a great reminder that environmental policy in Canada has been stuck in a rut for the last eight years, coincidentally the same amount of time that Stephen Harper has been Prime Minister. One of the people that took notice was writer and journalist Chris Turner, who last year released a fairly scathing tome on the subject of Canada's government and the environment called The War on Science: Muzzled Scientists and Wilful Blindness in Stephen Harper's Canada. For the latest episode of the Guelph Politicast, I got a chance to take to Turner from his home in Alberta to talk about the War on Science, what it means for the general public, and what it will take to make it an election issue in 2015.
Read more »
Posted by Adam A. Donaldson at 5:31 PM No comments:

Donald Rumsfeld is a master or rhetorical flourish, as the title of this new Errol Morris documentary, The Unknown Known alludes to. Talking point sleight of hand like “Unknown Unknown,” and “The absence of evidence isn’t the evidence of absence,” was one of the reasons that Rumsfeld was, at once, both one of the most beloved and most hated senior advisors during the perilous first years of the War on Terror. Naturally, the man himself is staggeringly more complex than this simple caricature implies, and Morris has decided to put the spotlight him, albeit rather uncomfortably, in his latest film.
Read more »
Posted by Adam A. Donaldson at 9:00 AM No comments:

Guelph is Awarded as Even More Bike-Friendly 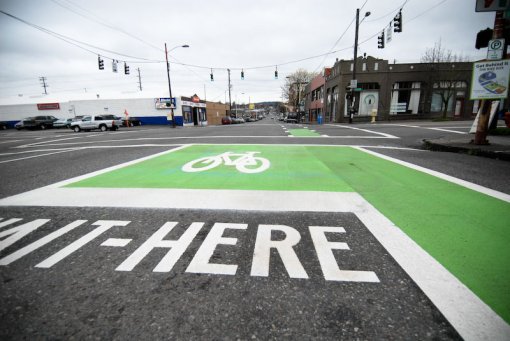 Here's some news that should make many in Guelph happy, and many others furious. Yesterday, the city touted the fact it had received a silver Bicycle Friendly Community Award during the sixth annual Ontario Bike Summit. Many find the city's dedication to reserving space on the road for the exclusive use of bikes irksome, but as someone who sees the ugly side of Guelph drivers daily I'm glad someone is working to make sure there's room on the road for all of us. It's also nice that the city got an award for it because hey, who doesn't like getting awards?
Read more »
Posted by Adam A. Donaldson at 2:05 PM No comments: 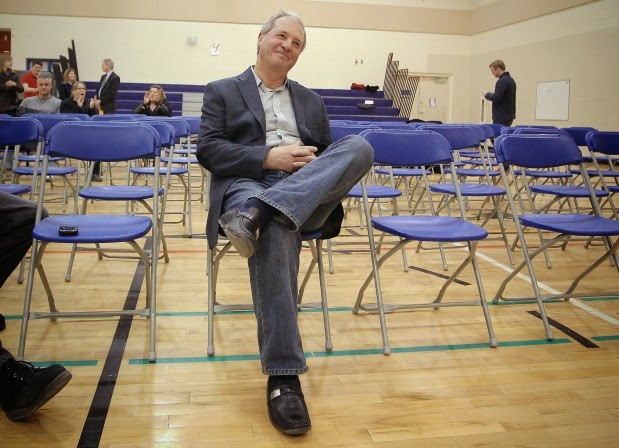 Frankly, it shouldn't be this surprising that a large group of people can differ in their political opinions, but this is the Conservative Party of Canada, and for the last 10 years they've been a nearly homogeneous force that speaks across Canada with one voice. That's why a pair of events lately have highlighted why a Conservative dynasty continuing through 2015 and beyond may be difficult to achieve, and may speak to larger divisions brewing under the surface of the Party's united front. We're seeing a fracturing on the right becoming increasing apparent in the United States, but will Canada's right-wing soon be following suit?
Read more »
Posted by Adam A. Donaldson at 8:40 PM No comments: 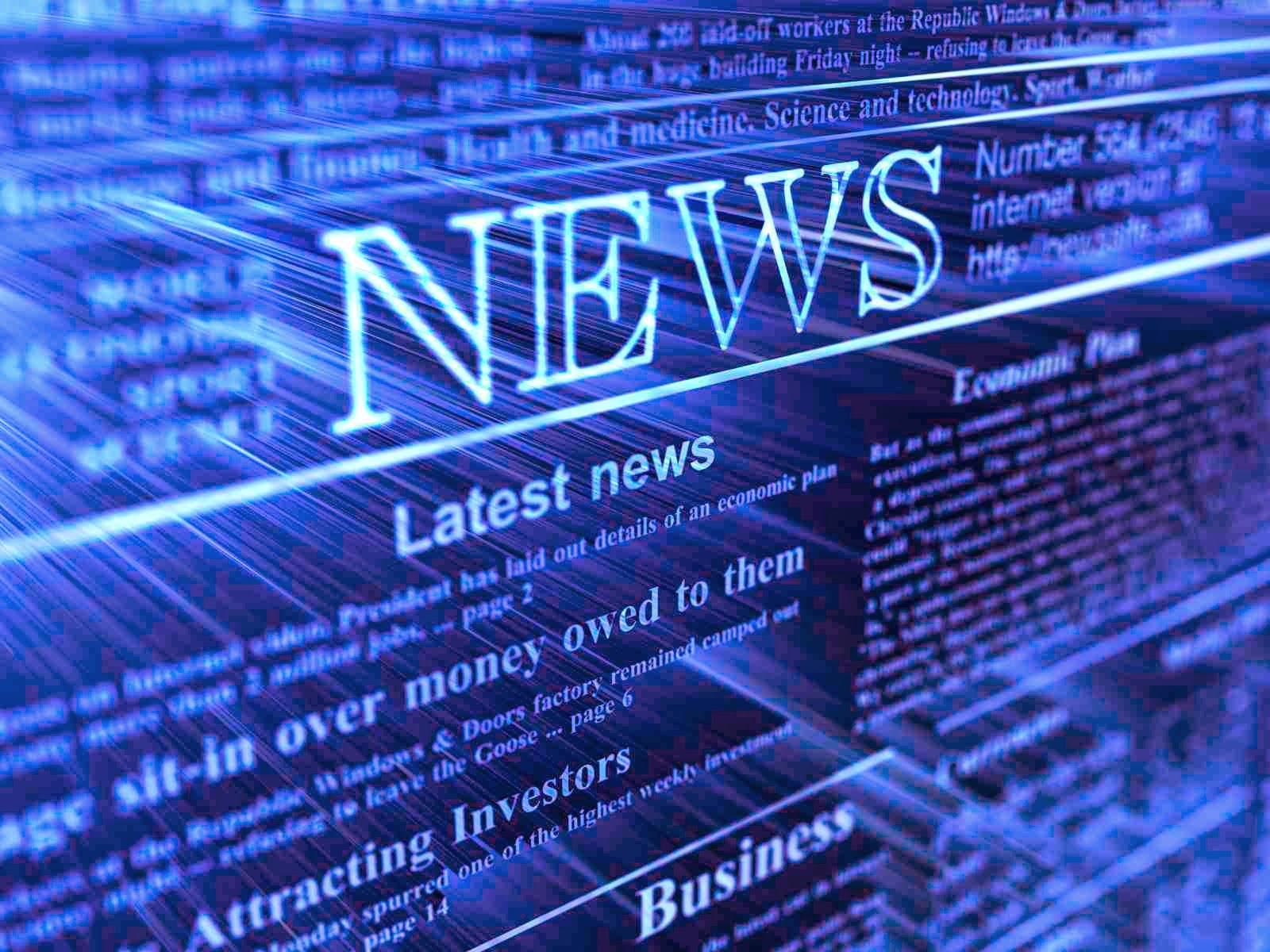 Our 24/7 news cycle sometimes makes it seem like more is going on than what really is, but yesterday was one of those news days where it seemed like everything was happening at once. In case you missed anything, I decided to put together this helpful recap of the day's events because the news of the day on April 10, 2014 was breaking over itself to get broken....
Read more »
Posted by Adam A. Donaldson at 9:17 AM No comments:

Have Breakfast with GrassRoots Guelph

It's looks like GrassRoots Guelph is going to kick off the elction year using a traditional form of direct appeal: food. The group will be hosting its first major event at the Guelph Golf and Curling Club on Wednesday with it's "Breakfast Blast-off" which will include bacon, eggs and political discussion with Candice Malcolm of the Ontario chapter of the Canadian Taxpayers Federation. Info concerning the event is outline from a GRG press release below:
Read more »
Posted by Adam A. Donaldson at 9:15 PM No comments:

Kovach Calls it After 23 Years on Council 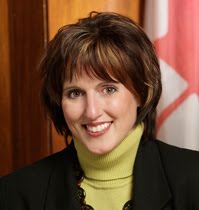 In a move that really surprises no one, Ward 4 city councillor Gloria Kovach has decided that she will retire from city hall after seven terms and 23 years around the horseshoe. Kovach's decision means that the race in Ward 4 is wide open with neither of the current incumbents running for re-election. Kovach's Ward 4 counterpart Cam Guthrie is running for Mayor in the October 27 municipal election.
Read more »
Posted by Adam A. Donaldson at 8:07 AM No comments: 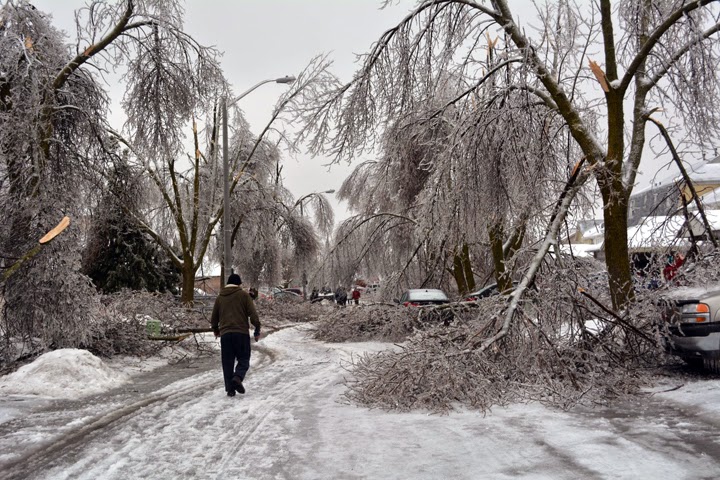 It's hard to believe, but yes, there's still a tremendous amount of clean-up to do following the ice storm this past December. The combination of the excessive damage, the holiday season and the persistent winter weather has kept work crews from finishing the job, but it seems that they're now back to it, clearing out the brush and repairing the infrastructure. Look around and there's still a lot of broken branches strewn about, that is if the tree themselves aren't completely uprooted. The snow hid a lot of the damage, but with the eagerness about spring weather, this is just a reminder that this past impactful winter is still impacting us.
Read more »
Posted by Adam A. Donaldson at 4:18 PM No comments:

The ballot for Ward 2 has been open since January 8 when Sian Matwey filed papers, but she's now got some competition in the race with yesterday's announcement that Mark Paralovos is also seeking a seat for the northern ward in this fall's municipal election.
Read more »
Posted by Adam A. Donaldson at 7:35 PM No comments: 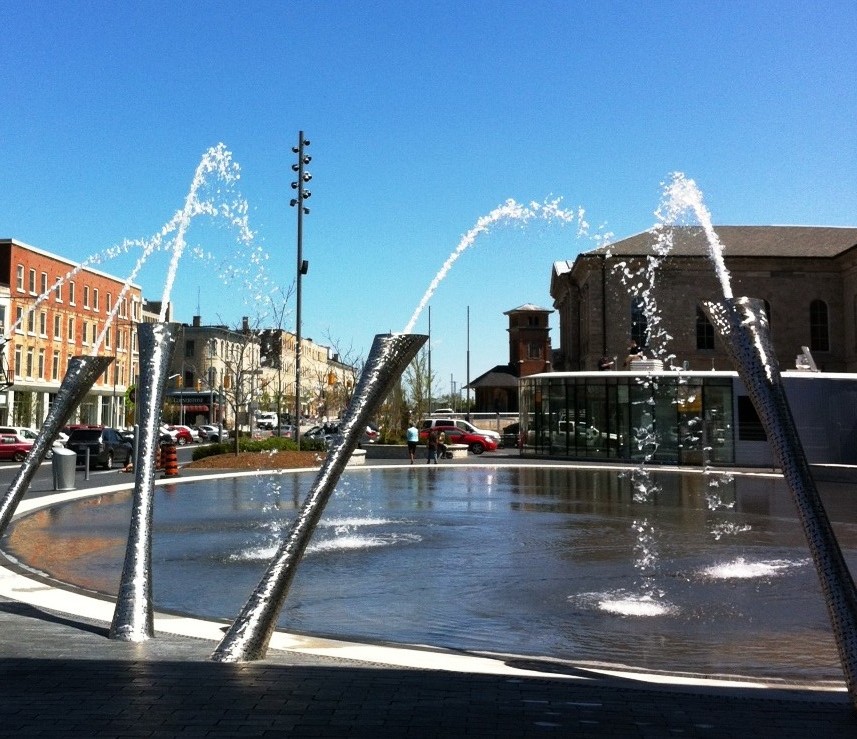 With really only the controversy of the "Green Wall" mucking things up, life in the new city hall building at 1 Carden St has been pretty good these last four years. Still, getting the darn thing built came not without its fair share of controversy, including the eleventh hour firing of the contractor Urbacon. Naturally, court action followed, and the other day the ruling came down and it was in favour of Urbacon. The reasoning will be revealed later when the full decision is released, but for now, the spin has begun as the Urbacon ruling has become the season's first, full-blown election issue.
Read more »
Posted by Adam A. Donaldson at 10:03 PM No comments: 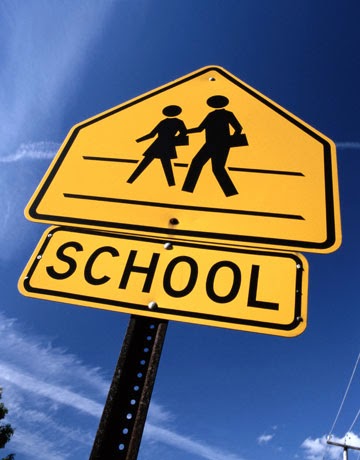 Of course, if you ask me we need to cut the speed limit on almost all roads in the city, but if we have to hen peck, we might as well safeguard school zones first. It's kind of a sad reflection on the times that people can't even rein in their lead foot and distractions to keep the roads around schools safe, but I suppose that's why the city is acting. Starting today, the posted speed limits in and around the city's 45 school zones will be reduced from 40 kilometres per hour to 30. The entire process will take the the better part of the next two months, so local drivers will have to be on their guard and watch for the changes.
Read more »
Posted by Adam A. Donaldson at 9:25 PM No comments: