Does Something Smell With Garbage Truck Photo Op? 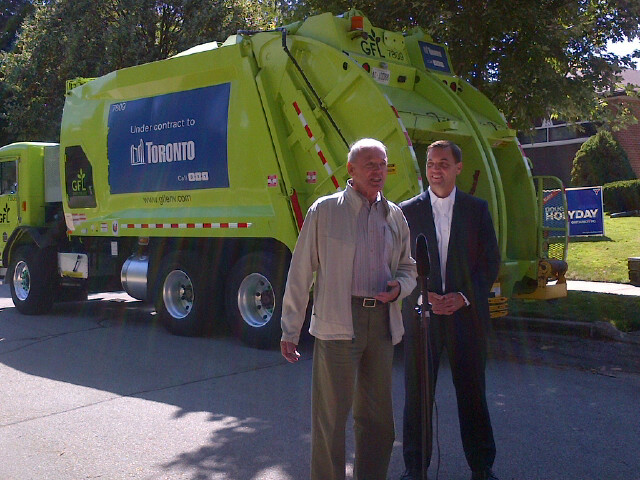 Last week, when this press event was held with Etobicoke-Lakeshore candidate Doug Holyday and Ontario PC leader Tim Hudak, something smelled funny.
Read more »
Posted by Adam A. Donaldson at 10:30 PM No comments:

We tend to be highly critical of our politicians, whether they actually gamble on landing on either side of a controversial issue, or just pass the buck with a typical act of rhetorical sleight of hand. While the second option opens up a politician to all kinds of accusations about tip-toeing and saying nothing in order to remain electable, the politician that actually picks a side does so knowing that he might honk off as much as 50 per cent of the electorate. And if  you're the leader of a major political party, the act of speaking your mind is even more daring.
So kudos to Justin Trudeau for coming out this past week in favour of the legalization of marijuana. The gamble's either going to be a big win for the young Trudeau, or he's just handed the Conservative spin machine enough ammo to sink him, and possibly the party.
Read more »
Posted by Adam A. Donaldson at 1:39 AM No comments: 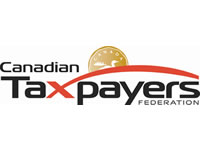 I don't put a lot of stalk in the Canadian Taxpayers Federation. Not because I don't think independent oversight of how the government spends our tax money is unwarranted, it surely is, but rather I find the CTF a few rungs above Grover Norquist. Sure, it doesn't go as far as suggesting that taxes should never be raised ever, on anyone, regardless of the circumstances, but nine-and-half times out of ten, if it came down to raising taxes or not raising taxes, they'd just say no. And I think we've seen how well that's working south of the border with Norquist's Draconian pledge-making.
Anyway, the reason for the preamble is that there's a new report card out that's making some waves. The CTF has published a document that awards several cities throughout southern Ontario a letter grade, and while Guelph had the unfortunate distinction of being awarded a D, we certainly weren't alone in the dunce end of the classroom. Burlington, Markham, Vaughn, Ajax, Durham, Cambridge, Toronto and Kingston all joined Guelph in getting a D, while poor Oshawa will have to repeast the year with an F. St. Catherine's and Kitchener where the keeners in the class, each scoring a modest B-minus.
Read more »
Posted by Adam A. Donaldson at 4:53 PM No comments:

The Guelph Arts Council is looking for a few, good awards recipients.
Read more »
Posted by Adam A. Donaldson at 8:20 AM No comments:

Earlier this month, Ward 3 Councillor Maggie Laidlaw said that this term in council would be her last, and now it seems that the controversial member of Guelph's city government will not be going quietly into that proverbial good night.
Read more »
Posted by Adam A. Donaldson at 12:12 AM No comments: 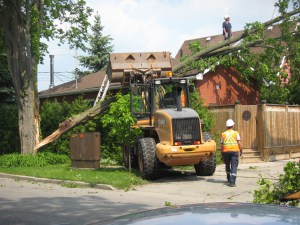 It appears that there will be some lingering effects from the weekend's stormy activity, namely a lot of cleaning up for city workers.
Read more »
Posted by Adam A. Donaldson at 5:39 PM No comments:

It seems like we've been talking about building a new skateboard park in Guelph forever, and my recent experience archiving my old Echo Weekly "Guelph Beat" columns more or less confirmed that. But I guess there's some progress moving forward now, so much so that the city is planning an information session about the proposed project a week from tonight.
Read more »
Posted by Adam A. Donaldson at 9:14 PM No comments:

Hot Docs is one of the great film festivals in Canada, and it's completely dedicated to documentaries. A new monthly event intends to bring some of that unique film-going flavour to the Royal City as Doc-It! kicks off this week at the Bookshelf Cinema.
Read more »
Posted by Adam A. Donaldson at 11:12 AM No comments:

In an effort to refresh his fortunes in the national polls, and to put the scandals of the first half of 2013 behind him, Prime Minister Stephen Harper re-shuffled his cabinet today. Only four of the previous cabinet's ministers kept their portfolio or saw their responsibilities unchanged, but in the end, the 39 member cabinet seeks to promote the feeling of steady leadership with a mixture of new faces to inject some new energy and fresh ideas. The cabinet is still as big as ever, and the number of women in cabinet did increase (from 11 to 12), but the question remains: is this enough for Harper to change the optics and come out into the fall session on the offensive rather than the defensive?
Read more »
Posted by Adam A. Donaldson at 6:17 PM No comments:

Thoughts About the Zimmerman Verdict

In what was another sterling example of how the law and justice are sometimes not the same thing, last night's verdict in the George Zimmerman trial found the would-be neighbourhood watch enforcer not guilty of second degree murder against teenager Treyvon Martin. To some, it will seem like Zimmerman got away with murder, to others it's a vindication of Zimmerman and his "second amendment rights," a man unfairly pilloried due to a misunderstanding. The truth, as usual, is somewhere inbetween, but one thing is undeniable, if George Zimmerman wasn't walking around armed like some kind of urban cowboy cop wannabe, Treyvon Martin would have celebrated his 18th birthday this past February.
Read more »
Posted by Adam A. Donaldson at 3:22 PM 1 comment:

Laidlaw Calls It A Career After 14 Years

In a move that I'm sure is going to be met with disappointment and elation in equal measure, Ward 3 councillor Maggi Laidlaw has decided that she will not stand for re-election in 2014. The news was broken in a Guelph Tribune article published in yesterday's edition.
Read more »
Posted by Adam A. Donaldson at 12:31 AM No comments:

Bad Day to Go Down to River

The images from the flooding in Toronto yesterday were incredible, the modern metropolis and all its trappings torn asunder by a lot of water appearing very suddenly. Well no one in Guelph has yet had to be rescued from a train by the police marine unit, nor have they seen their basement flooded or have been forced to abandon their car in the middle of a highway-turned-river, but city officials are warning residents to stay clear of local water sources in these overly wet times.
Read more »
Posted by Adam A. Donaldson at 7:12 PM No comments: 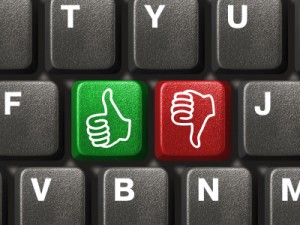 Here's a stupid idea. I mean that.
One would think with the robocall saga still more or less unsolved that opening up our electoral process to more technological tinkering would be immediately written off, but here we are, and the City of Guelph seems to want to make voting for the people that govern with us as easy as voting for the next American Idol, or determining what other celebrity or trend is "hot or not."
Read more »
Posted by Adam A. Donaldson at 11:56 AM 1 comment:

What a Time for a By-Election 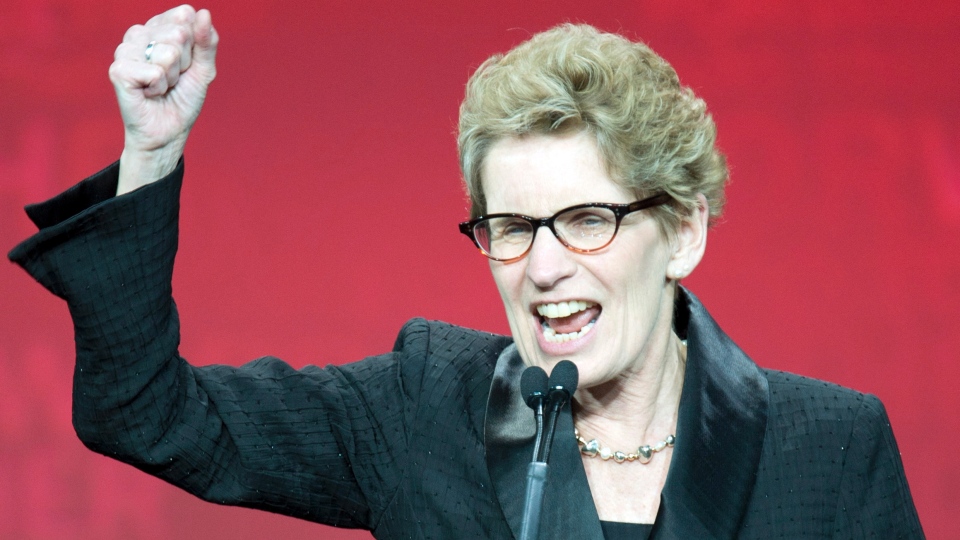 Five. There are a total of five by-elections in the province of Ontario now scheduled for August 1. The ridings of Etobicoke-Lakeshore, Scarborough-Guildwood, Ottawa South, Windsor and London West will all be going to the polls in the dog days of summer in what will be a referendum on the relatively brief premiership of Kathleen Wynne seeing as how all five of the seats were once held by Liberals.
Read more »
Posted by Adam A. Donaldson at 10:28 PM No comments:

Are You in One of Canada's Best Provinces, or One of the Worst? 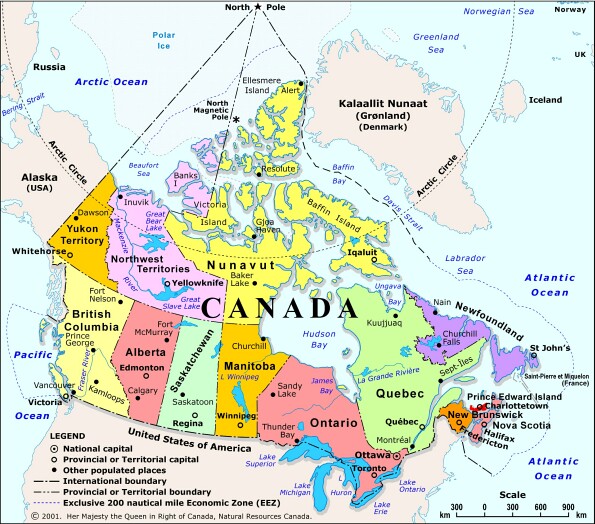 As we come back from the Canada Day long weekend, it seems apropos to ponder the question, is your province one of Canada's worst, or one of Canada's best?
Read more »
Posted by Adam A. Donaldson at 6:38 PM No comments: