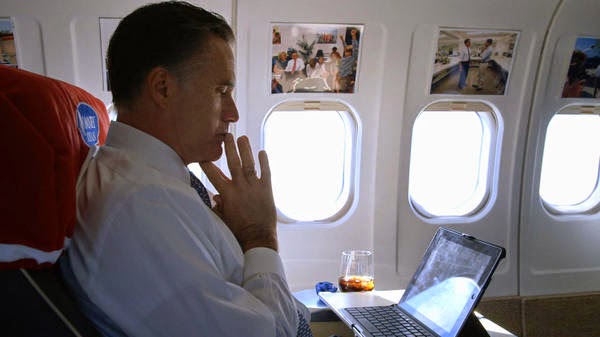 Mitt Romney was the candidate no one wanted, but still, everyone agreed that he would be the Republican nominee in the 2012 presidential election. Romney wasn’t the most charismatic, he wasn’t that convincing, and in a time of deep economic recession, no one liked the idea of a rich white guy calling the shots. He was a Mormon, the son of a rich business executive and governor, and he himself had made millions - some would say - buying up companies, firing everyone and selling them for parts. It’s not hard to paint Mitt Romney as unlikeable, but that’s part of the reason that Mitt is such a surprise.
Read more »
Posted by Adam A. Donaldson at 1:51 PM No comments:

Not to be insensitive, but $10 goes to the first person who asks Olivia Chow about running for Mayor of Toronto. The erstwhile potential mayoral candidate, potential Lieutenant-Governor, and current MP for Trinity-Spadina, is currently on a book tour for her memoir, Olivia: My Canadian Journey and she will bring that tour into Guelph this Thursday.
Read more »
Posted by Adam A. Donaldson at 6:50 PM No comments:

GCL Invites You to Question the Mayor 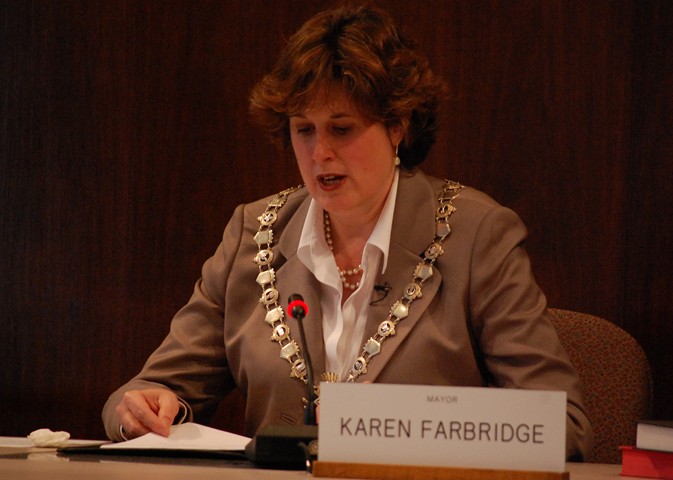 The Guelph Civic League is hosting a redux of Mayor Karen Farbridge's State of the City address later this week, and it will be followed by a Q&A with the Chief Magistrate of the Royal City with citizens invited and encouraged to ask questions of the Mayor.
Read more »
Posted by Adam A. Donaldson at 2:53 PM No comments: 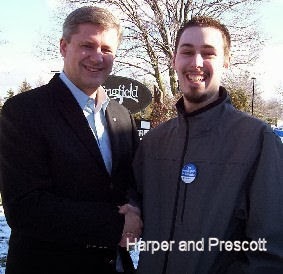 Just when everyone seemed content with the idea that Michael Sona had been run over by the bus enough times, we get breaking news yesterday that the so-called Christian Conservative Independent Andrew Prescott has reached an immunity deal for his alleged involvement in the Pierre Poutine/robocall scandal. According to CBC, Prescott has received notice that "the Crown has no intention" of charging him in connection with misleading phone calls in Guelph on the last Federal Election Day that directed voters to illegitimate polling stations. But if Prescott is getting protection from the law, does that mean he's turning in evidence on someone else? And of course we mean someone bigger than Sona.
Read more »
Posted by Adam A. Donaldson at 12:44 PM No comments: 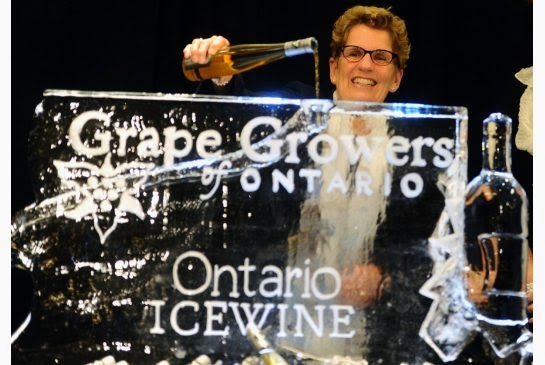 Because it's never not election time somewhere, Premier Kathleen Wynne has called two more by-elections for February 13 in the ridings of Thornhill and Niagara Falls. This will be the ninth and tenth by-election for the Province of Ontario since the formation of the last government in October 2011, but unlike last summer's contentious five-race rally that was all for Liberal seats, this will a showdown to see if the Liberals and Progressive Conservatives can keep their individual seats in Niagara and Thornhill respectively, or if maybe one of the parties will able to make up some ground one place or another.
Read more »
Posted by Adam A. Donaldson at 2:46 PM No comments:

Since things seem relatively quiet on the election front (for the moment), we can pause to reflect on a story or two that we might have missed over the holidays. For instance, the Supreme Court of Canada decided that they didn't want to hear from Kornelis Klevering on the matter of 2011 Federal Election results in Guelph. The Marijuana Party candidate wanted the election results overturned because of the fraudulent robocalls made to Guelph voters on election day, but SCOC seems satisfied in the constitutionality of the 2011 results.
Read more »
Posted by Adam A. Donaldson at 8:30 AM No comments:

MacDonald to Go From Weatherman to Waterloo Mayor 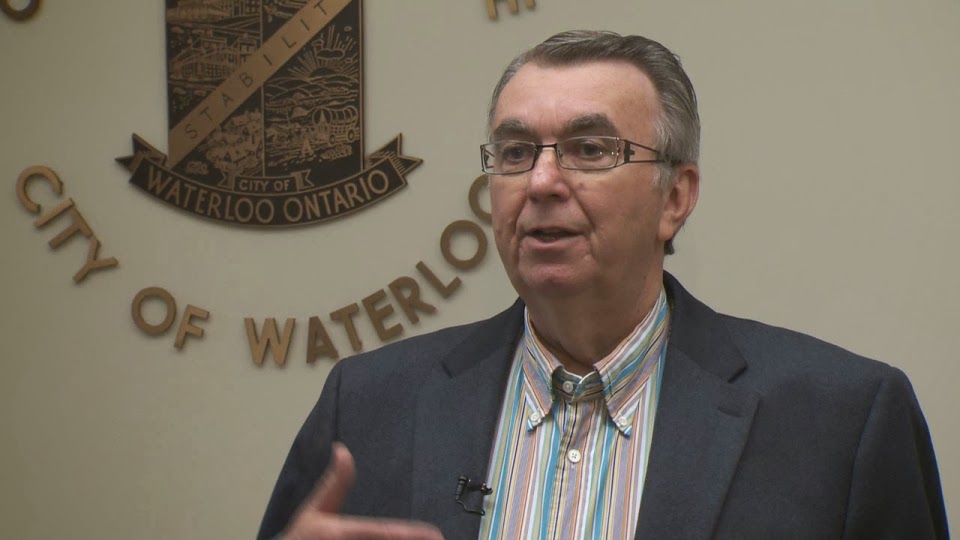 If we can step out of our own municipal race for a second, which already has four people on the ballot for mayor, we can look slightly westward to Waterloo, which, as of yesterday, has one candidate for mayor, and it's someone you may already know. If you've ever watched the news on CTV's Kitchener station, then you probably at some point got the weather from Dave MacDonald, and now the former weatherman is making his bid to be Mayor of Waterloo.
Read more »
Posted by Adam A. Donaldson at 2:44 AM No comments:

A Farewell to Allt If you were listening to "The Gang of Four" yesterday on CFRU, then you know it was the last appearance (for a while?) for "The Philosopher" Phil Allt. Allt has been a staple of the Gang since "Beyond the Ballot Box" began two and a half years ago, but he's decided to give up political punditry for a shot at being a politician once again by announcing his intention to run for city council in Ward 3. In the already busy election year so far, Allt's is just one of several knew names who have thrown themselves into the hat.
Read more »
Posted by Adam A. Donaldson at 8:20 PM No comments:

There have been several instances where news got around on social media that a certain celebrity or other well-known person had died only for that news to turn out completely false once said person retracted their own death notice. But this time, it's hit close to home. Earlier this week, it was making the rounds on Twitter that Carlo Angelone, a Downtown fixture well known for yelling in Italian up and down Wyndham Street, had died. But don't eulogize him yet though because contrary reports are saying Carlo is, in fact, alive if not very well.
Read more »
Posted by Adam A. Donaldson at 12:32 PM 1 comment:

Farbridge Gambles on Another Term as Mayor 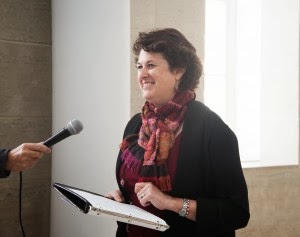 Today at City Hall, the woman who currently holds the keys to the Mayor's office made her bid to hold on those keys by announcing her intention to run for another term. If successful, this would be Farbride's third consecutive term, fourth overall, but arguably she will have much stiffer competition this year than she did in 2010.
Read more »
Posted by Adam A. Donaldson at 7:30 PM No comments:

Farbridge Gearing Up for Re-Election?

There weren't any new candidates added to the 2014 election ballot today, maybe the crummy weather has something to do with it. But there was still election news, a tease if you will, and it comes from current Guelph Mayor Karen Farbridge. Is Farbridge about to announce her bid for a third consecutive (and fourth overall) term as the leader of the Royal City?
Read more »
Posted by Adam A. Donaldson at 6:39 PM No comments:

Either an indication of how busy the local balllot's going to be this election, or that there are a lot of eager beavers out there, three more names have been added to the rolls for the 2014 Municipal election. As per the Guelph Votes website, three people have added themselves to October 27 election, including two for mayor and one for city council.
Read more »
Posted by Adam A. Donaldson at 9:21 PM No comments: 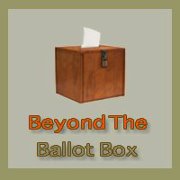 I'm writing this both as a way of organizing my own thoughts and encapsulating the year that was according to the criteria of the annual "Beyond the Ballot Box" Awards show. These year end analyses are always tricky; a balancing act of what was important, what was fascinating and what was overlooked. For this year's awards show, I was very conscious to sidestep around the words "Rob Ford," as he could have easily taken the prize in two, maybe three, of the categories. The truth is that even without RoFo, there was still a lot of material out there. I'll be interested to hear what the rest of the gang has to say, and who they give out their awards to (and by the time this article goes live, we'll all know). For now though, here's my BTTB Award winners, and my reasoning for their getting the laurels.
Read more »
Posted by Adam A. Donaldson at 5:58 PM No comments: 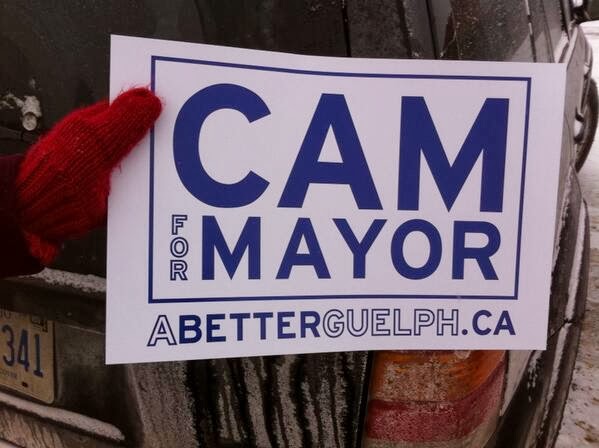 If you're still hung over from the New Year's festivities. sober up(!) because the 2014 Municipal Election is officially underway as of today. Today was the first day that potential candidates could file papers to run for mayor or city councillor in the October 27th election, and both here in Guelph and in Toronto, some early birds were hoping that they have what it takes to get the worm.
Read more »
Posted by Adam A. Donaldson at 2:39 PM No comments:


Just kidding. (Sort of.) As you undoubtedly know (and since you're reading this blog, I assume you do know), 2014 is a Municipal Election year. So the time is right to start a discussion of the important issues facing Guelph this year, and how we're going to promote greater voter engagement and get out the vote this fall. But where to begin? How about at the Annual General Meeting for the Guelph Civic League. The details for next week's meeting can be found in the open letter from the GCL below.
Read more »
Posted by Adam A. Donaldson at 10:00 AM No comments: