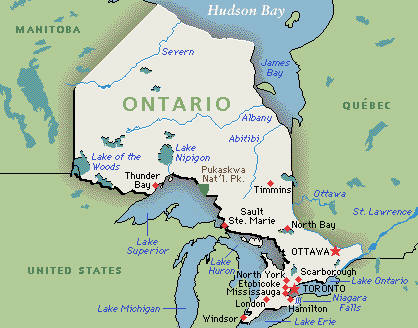 Obviously, when Premier Dalton McGuinty prorogued Parliament and announced his retirement about a month ago, many figured it was only a matter of time until all the people of the province of Ontario would be going to the polls. As a result, it seems there have been a number of moves in our area the in the last week to get our local line-up of candidates from major parties ready to go. And yes, there have been a few surprises.
The biggest, obviously, is the recent announcement that Green Party of Ontario leader Mike Schreiner would be running in Guelph in the next election, a choice both obvious and audacious. Clearly, the GPO is thinking of employing a strategy similar to their federal counterparts, put effort and energy into one riding to get the leader elected and thus create a parliamentary beachhead through which to foster the later election of more Green Party members in the future.
It's an interesting strategy, but with a perhaps fatal flaw. While it's true that recently Green candidates have enjoyed tremendous success in the Royal City, success was achieved because of a ground game established by those candidates and their campaigns over successive elections. Mike Nagy federally, and Ben Polley provincially both ran twice, and thus were able to build on gains from one election to the other and were able to increase their community profile between races. And while Schreiner will undoubtedly have an advantage as a party leader, Guelphites in general put more value on street cred over name cache.
Speaking of cache, it seems that James Gordon is going to stay the course as the NDP's candidate in the next election, and if anyone's going to be impacted negatively by Schreiner's Guelph arrival, it's going to be Gordon. Coming out of the 2011 election, Gordon was sitting pretty, nearly beating PC candidate Greg Schirk for the second place spot by a couple of hundred votes. Also helping is the recent win by Catherine Fife in Kitchener/Waterloo, a potential beachhead for area NDP candidates hoping to expand their Ontario reach. Gordon certainly proved himself as capable campaigner as he is a songwriter and musician, but yes, Schreiner's arrival in town puts him a step back that he didn't need.
On the other end of the political spectrum is the newly acclaimed PC candidate Anthony MacDonald. MacDonald is a name that came out of proverbial nowhere this summer, especially when the assumption was that Schirk might once again be taking the field in Guelph for the Tories. MacDonald hopes to rally widespread disappointment in the Liberals on a variety of issues, while he himself seems to have jumped into the political arena after the McGuinty government cancelled subsidies for the harness racing industry earlier this year. I've postulated before that MacDonald may suffer from the perception that he's a, ahem, one trick pony, but the soonest an election maybe called will likely be after the announcement of the budget in the spring. That should give MacDonald some time to establish a broader political profile in Guelph.
Finally, in perhaps the most surprising move for the upcoming election, it appears that Liberal incumbant Liz Sandals is staying the course, and staying on the ballot. Across Ontario before the 2011 election, a number of members of the Liberal caucus who took power with McGuinty in 2003 stepped aside or stepped down, but Sandals remained and seems to remain dedicated to holding the Liberal banner in the Royal City. Nothing's been conformed or denied, and I'll admit that there's the possibility that Sandals is reserving her chance to duck out so that there isn't a lame duck member in an already tenuous minority government situation, but at this point I wouldn't be too surprised if she's up for round five.
Regardless, we will now take part in the waiting game. Waiting for an election writ to drop that is. Stay tuned.
Posted by Adam A. Donaldson at 1:12 AM