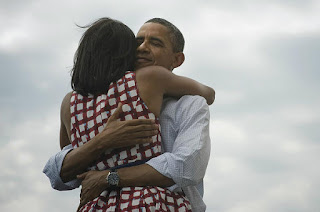 Oh, what a night! Tonnes of surprises, and some other things that were not so surprising. On the one hand, Barack Obama, a man that had been written off so many times, beat handily Mitt Romney, a man who has been written off so many times... And although the election, like the campaign, was really close, there were some big winners and losers of the this past U.S. election. Let's break it down.
WINNERS
Barack Obama - Against all odds, Obama was re-elected and re-elected handily. While the race did come down to a "squeaker" as ranked by the popular vote, it terms of the electoral college, the President won convincingly and (seemingly, since Florida is still counting) lost only two of the states that were part of his expanded mandate in '08; only Indiana and North Carolina changed back to red. Just days ago, even the most strident Obama supporters were worried about their man's chances, and in the end it seems that they needn't have worried really.
To what do we owe this unprecedented victory for Barack Obama? An economy still in tatters, a political system almost hopelessly gridlocked, questions about Libya hanging over his head, and a "fiscal cliff" looming in the not too distant future... How did he do it? I think it's combination of changing demographics, and a Republican rival who didn't seem able to speak to either side of an increasingly divided party without much confidence. But perhaps there are signs amongst the American electorate that the majority of them are, for lack of a better phrase, growing up. The Affordable Care Act that was so divisive may now be considered a positive step forward, a president who believes in gay marriage and doesn't believe that heterosexual marrigae needs to be enshrined by law is a good thing, and although the economy isn't growing as quickly as we'd like, reverting back to old ideas about taxes and government is maybe not such a good idea either.
Women - If Tuesday night wasn't the end of the War on Women, it was certainly The Battle of the Buldge. The U.S. Senate is now one-fifth women, including Tammy Baldwin, the first ever openly gay Senator. More than that, Senatorial candidates Todd Akin and Robert Murdoch were both defeated by substantial margins thanks in no small part to their idiotic comments about the biology of rape. The comments of Akin and Murdoch stuck to the Republicans like the smell of a skunk, and in a year when it was supposed to be the economy stupid, the knee jerk reaction to those comments, plus the push on the right to cancel funding for programs like Planned Parenthood, brought the women vote out strongly.
Social Progressiveness - Gay marriage was approved in Maine and Maryland, legalized pot was given the rubber stamp in Washington and Colorado, and the best part is these were ballot measures voted in the affirmative by the people, not a decision imposed by a higher court. It's hard to believe that just eight short years ago, gay marriage was a wedge issue used, in part, to galvanize conservatives to the ballot box for the re-election of George W. Bush. Then there was California, which passed a pair of ballot measures to increase sales taxes and income taxes on the very wealthy in order to help sew up their budget gap. The re-election of Obama itself could be seen as a big win for progressiveness, even if the man himself has not demonstrated himself a true progressive. But if the 2010 midterm elections was the repudiation of Obamacare, then the president's re-election in 2012 should be seen as a vindication for those who believe that getting medical treatment is a right, not a privilege. 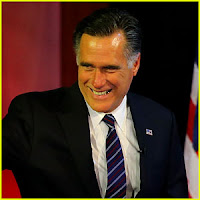 LOSERS
Big Money - Despite the expense of billions of dollars, the make up of the U.S. government actually changed very little Tuesday night. And if anything, given that many of those billions came from the personal fortunes of many Republican supporters, all the money had the opposite effect since Democrats won five more seats in the House and two more seats in the Senate, to say nothing of re-electing Obama. The ever blurring line between campaigns and special interests maybe tested though before the next presidential election. The right vacancy on the Supreme Court could turn the tables and might bring forth a new court that might reorient the damage done by Citizens United. In all honesty, some of the best reporting in this campaign cycle was done by Stephen Colbert, who pointed out quite directly the ridiculousness of the "rules" regarding the administration of Super PACs. As reporter David Akin pointed out on Twitter, "Candidates/parties spent $6 billion on this election. US consumers spend $7 billion a year on potato chips." That really puts things in perspective.
The Tea Party - The aforementioned Akin and Murdoch were dyed in the wool Tea Party supporters. Joe Walsh, Congressman from Illinois, was too. He was also the incumbent Congressman from Illinois' 8th district, an unrepentant "deadbeat dad," and he has defeated by Democrat Tammy Duckworth by nearly 10 per cent. To the northwest in Minnesota's 6th district, Michelle Bachmann barely beat her Democrat rival by less than 5,000 votes. Meanwhile, in Connecticut, Linda McMahon, in her second attempt to get a senate seat, went home empty handed. And in Wisconsin's 1st, where former Vice-Presidential candidate Paul Ryan was running for re-election to Congress, the incumbent won with 55 per cent of the vote, but it was still his smallest margin of victory in his electoral life. The Tea Party is by no mean gone, but certainly the election results of 2012 blow back on the results of 2010, as people realize that the two years of gridlock perpetrated by the immovability of the people elected in the Tea Party wave have done nothing to find solutions to the difficult problems. It will be interesting to see if the Republican-controlled House will take on a more conciliatory tone now.
"Whitey" - Fox's Bill O'Reilly said on election night as Obama's second term became apparent, "It's a changing country. The demographics are changing. It's not a traditional America anymore." The translation could be taken that by "tradition," O'Reilly means "white." Of course, white Americans are still a powerful political force in the United States, but those demographics are changing quickly. Soon, on a national level, the majority in the U.S. will be the minority, and if the Republicans stick to their current 50 state strategy they'll be in real trouble. We're already seeing it. New Mexico, a once reliable red state has now gone blue twice. In less than 10 years, Texas will go the same way as Latinos become a more prominent force, meaning that the second largest block of electoral college votes could also go Democratic. With Romney, the GOP doubled-down on the middle-aged white man vote under the presumption that if they secured that segment of the population, victory would be assured. But the world's changed too quickly, and if the Republicans don't change the way they campaign and who they campaign to, then that ground gets even smaller, faster.
THE BIGGEST LOSER
Donald J. Trump - Within minutes of Obama's re-election, the celebumogel took to his Twitter page to unleash what would be considered by even the most supportive of confederates as an over the top tirade that included such nuggets as "This election is a total sham and a travesty. We are not a democracy!" and "We can't let this happen. We should march on Washington and stop this travesty. Our nation is totally divided!" Even Brian Williams, who works for the same network that broadcasts Trump's Celebrity Apprentice, couldn't hide his contempt saying Trump had "driven well past the last exit to relevance and veered into something closer to irresponsible." Of course, Trump later said of Williams that he "knows that I think his newscast has become totally boring so he took a shot at me last night." He added, "Wouldn't you love to have my ratings?" Hopefully, Trump will follow Romney and exit gracefully from the political stage, but I doubt it.
Posted by Adam A. Donaldson at 7:18 AM