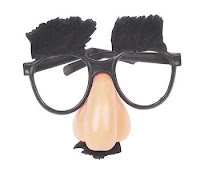 It's hard to believe its been almost a year since Pierre Poutine became a national scandal, and by "Pierre Poutine" I mean the somewhat clever nom du plume of the perpetrator(s) of the robocall scandal and not the charming eating establishment in Downtown Guelph.
The investigation, it seems, has reached an impasse. At least from the public perception of it. At last report, as many as five individuals with the Marty Burke campaign in 2011 had accessed a Conservative database of voters from the same I.P. address that M. Poutine used to go about his dirty business. But still, despite the ongoing ambiguity, that doesn't mean that the players in this vicious political game of Clue aren't still making news.
Take our old friend Michael Sona for instance. An early scapegoat for the scandal, Sona was thrown under the bus by the party he so faithfully served when the news broke earlier this year. Already a kind of national pariah when he contested the dubiousness of a polling station at the University of Guelph in last year's election, which included an untrue charge that he grabbed the ballot box, Sona was the obvious and easiest patsy to throw in front of the controversy.
Sona himself, for the most part, has observed radio silence since resigning as a Tory staffer, but now he's on a charm offensive to clear his name, including a pit stop at CBC for a sit down on Power & Politics.
In other news, Andrew Prescott, Burke campaign deputy manager and the blogger of Christian Conservative, has been back in a noticeable way. Prescott had all but stopped blogging and working with social media after the robocall scandal broke only returning briefly to post a cryptic Bible verse and a You Tube video that said nothing except that he's innocent and people that dare to question him are stupid. If you follow Prescott on Twitter, you may have noticed some renewed vigour as he's commented quite regularly on the American election, and occassionally on Canadian politics.
A few weeks ago, he returned to his blog again to post a piece called, "Obama's 'Waterloo' may be Benghaz,"which in hindsight assumed that President Barack Obama would lose the election because there was some sort of growing conspiracy in regards to what his administration knew in advance of a raid by terrorists on an American consulate in Libya that resulted in the death of four people, including the U.S. Ambassador. Of course, sensing that his critics might see an opening, Prescott including this postscript at the end of his piece, "Only comments relevant to the topic at hand will be posted. The rest of them will, of course, be archived with all the rest of my comments from the last 5+ years. (oh yes... I keep everything) You've been warned."
In the interim, Prescott has not just moved out of the Guelph area, but out of the province as well. Still, with Sona and Prescott emerging from their self-imposed political exiles, one wonders if they now know that the cost is clear for them. And then we got this over the weekend, a report about Burke campaign manager Ken Morgan has moved, literally, halfway across the world to take a teaching job in Kuwait.
But before you say, "What?" Morgan received his masters degree in early childhood education last spring at Niagara University in Western New York. Now you can say, "What?" and wonder why Mr. Morgan had to go all the way to Kuwait City to put it into practice. Of the people identified at the heart of the Poutine affair, Morgan has probably been the most evasive. Repeated calls and e-mails by numerous media outlets have been unanswered, visits to his home have yield noting but a big empty with no forwarding address, and now he's in Kuwait. As Truman Burbank once said, "It's the furthest you can go away from here before you're turning around and coming back."
So are we to take Morgan's flight as an admission of guilt? Either way, it's a shame to see someone once so politically involved in our community (Morgan ran for city council in 2006) basically flee the country like a man being pursued by nefarious forces. It's also a shame that it now seems that so many active Conservative Party operatives have abandoned Guelph in light of the scandal. I may not be inclined to vote Conservative, but I like the idea of a fair fight, and I know there were numerous Guelph Conservatives displeased with how their party fought the last campaign in Guelph (robocall controversy notwithstanding). It will interesting to see what happens next.
Posted by Adam A. Donaldson at 10:16 AM