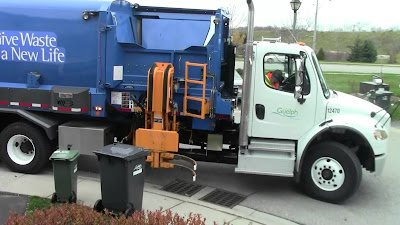 If you diligently watch the City Council calendar, or even Politico's own monthly calendar of events, then you will recall that there was supposed to be a special council meeting this coming Monday. This meeting was supposed to deliver the final report of the Solid Waste Service Review, but as of today, no agenda for the meeting, or a final report, have been delivered. That's because, as it turns out, the meeting is not going to happen.


With no information released on the meeting, Guelph Politico reached out to the City Clerks office this morning, and tweeted to @cityofguelph about the status of the April 16 meeting.


Hi again Adam. That meeting has been postponed but we forgot to take it off of our events calendar. Stay tuned for a new date.
— City of Guelph (@cityofguelph) April 12, 2018


"In response to your inquiry, the meeting with regarding the Solid Waste Services Review will not be taking place on April 16th. A future date has not yet been set, however we ask that you check the City’s website for future updates" said the clerks office in an email.
This is not the first time that the final report was delayed. Last fall, after the interim report was delivered to council in September, the completion of the review was pushed back from November to March, and then to April. Last month, it was announced that 18 employees of the Material Resources Facility would be laid off as a result of the review's findings.
"Through our business service review we’ve discovered that we’re trying to process almost double the amount of recyclables at our materials recovery facility as other comparable facilities," said Deputy Chief Administrative Office Scott Stewart in a press release. "This is resulting in financial losses."
Next week at council, the City will approve the terms for the third and final service review, which will look at Guelph Transit. That report is due back in the first quarter of 2019. The final report from the review of boulevard maintenance is also still outstanding.
Posted by Adam A. Donaldson at 4:30 PM