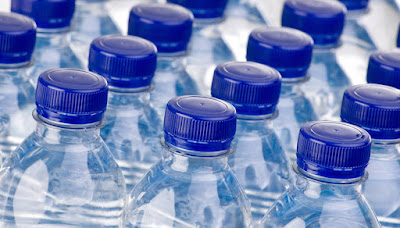 That splash you heard this morning was the Province of Ontario finally answering the call of thousands of community activists to finally doing something about companies taking millions of gallons of water per day for a pittance and shipping it out of town.

For many, this won't be the crushing blow to the industry they've been waiting for, but in its press release today, the Province promised that this is "the first of a number of steps" to protect Ontario's clean water. The government is calling for a two year moratorium on new and expanded water bottling operations, will max out renewal applications at five years instead of ten, increase public transparency, and enforce mandatory reductions during drought.
"In the face of climate change, population growth, increasing water consumption and drought, concerns around water security have risen," the press release said. "Ontario's ongoing plan to protect groundwater resources is essential to the health and integrity of the province's ecosystems and communities."
The government will make further announcements about new tools to protect and manage water resources, as well as looking at a new pricing structure for the resource, in the future. Ontario will also be conducting ground water research, reviewing current protections, and getting public feedback from the public about how best to review the water-taking process.
"Water is essential for the well-being and economic strength in our communities," said Minister of the Environment and Climate Change Glen Murray. "With a changing climate, and specifically with the impacts from drought and increasing population growth, we want to work with the people of Ontario to make sure that we are properly protecting this vital resource."
Almost immediately after the Government of Ontario made their announcement, the Liberals' biggest critic on this issue made it known that he's not satisfied. "I want to be clear that delayed action is no action. Our water is too precious to allow the government to drag its feet in fixing the rules," said Green Party of Ontario leader Mike Schreiner in a statement. "It’s outrageous that municipalities don’t have priority access to water over aggregate or water bottling operations. It’s wrong that taxpayers subsidize multinational water bottling companies because water taking fees are too low to cover administrative costs."
Schreiner did tip his hat to the citizens, particularly the ones in Royal City, for keeping the issue on the front burner. "I want to thank the thousands of citizens across Ontario, especially those in Guelph and Wellington County, who have sent letters and postcards calling on the government to fix the water taking rules. Your efforts are making a difference," he added.
Members of the public can comment on the moratorium through the Environmental Registry until December 1.
Posted by Adam A. Donaldson at 4:30 PM