City Council Preview - What's on the Agenda for the November 3 Meeting? 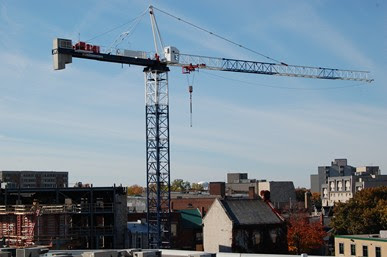 It's rare to get a Thursday night council meeting, but when you do, you better believe it's about something contentious. This coming Thursday, council will get together to talk more about the capital budget for the coming year and ten years hence, but in the context of the controversial infrastructure levy that's being proposed.


2017-2026 Tax-supported Capital Budget and Forecast - Staff is recommending that $59.4 million be set aside for the 2017 Capital Budget, with the breakdown including a transfer from tax funded reserves (52 per cent), grants (35 per cent), development charges (9 per cent), debt (2 per cent) and other sources (2 per cent). The 2017 total will also include a tax-supported contribution to reserves of 12.68 per cent of last year’s net tax levy, which is less than the Council-approved guideline of 20 per cent. The 2017-2026 Capital Forecast meanwhile comes out to a million short of $800 million, but the current forecast also accounts for a $191 million short fall, which staff is hoping to fill by looking at the following options...
Dedicated Infrastructure Renewal Levy - In what will likely be the most contentious item of the evening, we will be introduced to the proposed implementation of the Dedicated Infrastructure Renewal Levy. Staff is recommending that a 0.5 per cent levy, raising approximately $1,117,400, be approved as part of the 2017 Operating Budget. That money will be transferred to the Infrastructure Renewal Reserve Fund for use in future capital budgets and will be collected over a period of 10 years, subject to annual review and confirmation.
As stated above, the current capital forecast and levels of funding for infrastructure over the next 10 years will produce a shortfall in the ballpark of $191 million across all categories - roads, facilities, parks, vehicles and equipment. Staff has been looking at a levy of anywhere between 0.5 per cent and 2 per cent, that could raise somewhere between $67 million and $269 million, which with the total funding over the same period could mean as much as half-a-billion dollars raised for the city's infrastructure. The 1 per cent mark provides sustainable funding, but staff is recommending the initial 0.5 per cent levy to soften the blow.
Staff are hoping the fact that other area municipalities like Mississauga, Burlington, Vaughan, Hamilton, Oakville, Halton Hills, Kitchener, Brampton, Newmarket, and the Townships of Woolwich and Centre-Wellington having done the same thing might be persuasive. They're also suggesting that the City could implement higher levies for a shorter amount of time so residents might take the pain quickly over a couple of years versus a decade. We'll have to see how many on council will agree with the principle in the first place...
Infrastructure Environment and Funding Options - This report outlines a number of funding options that council might take in lieu of the Dedicated Infrastructure Renewal Levy. The Association of Municipalities Ontario (AMO) has suggested a couple of ideas including having the Province of Ontario dedicate 1 per cent of HST to municipal infrastructure, dedicating 1 per cent of the gas tax to climate change initiatives and developing more resilient infrastructure, and/or co-ordinating a new sales tax dedicated to infrastructure spending. The Federation of Canadian Municipalities (FCM), meanwhile, is advocating for an increase of $1.5 billion for dedicated federal funding for core municipal infrastructure.
As for City of Guelph staff, they'll be promoting a number of options should the levy prove unpalatable for council. One example is a Downtown Levy in the vain of Kitchener's Economic Development Investment Fund (EDIF), which helped transform their downtown around the innovation sector with a 1 per cent tax dedication to partially fund a $110 million ten year plan. Another option is Capital Fee Surcharges, which is an added surcharge on using city-owned facilities like recreation centres, parks, entertainment venues, but that's widely seen as another fee increase although the Town of Whitby enacted it 2011. There's also Utilization of Assessment Growth, Effective Use of Debt, Special Levies, and Dividend Income to consider, but the Dedicated Infrastructure Renewal Levy is still staff's first choice.
Posted by Adam A. Donaldson at 3:00 PM