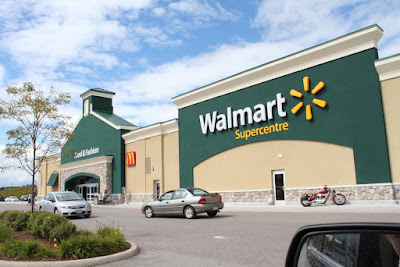 It was a battle that unfolded for over a decade! An epic conflagration between small town Davids and corporate Goliaths. The Royal City has left its mark many times on history, and one of the most recent was during a decade long battle between a dedicated group of community activists and the world's largest retail. Having said that, can you believe that its been 10 years since Walmart opened in Guelph, and now we have two of them?


This week's episode of the Guelph Politicast reaches back to the past to relive one of the most divisive chapters of Guelph political history: the battle to keep Walmart out of town. For the better part of a decade, through the 90s and into the early aughts, activists sustained by a petition with thousands of signatures threw up a near impenetrable wall that couldn't be breached by land developers, the Ontario Municipal Board, or Walmart itself. In the end though, a sudden right turn in the alignment of council, and a key player in the protest giving up the battle, allowed Walmart to open its long-awaited north-end store at the site they always coveted: Woodlawn and Woolwich.
That was almost 10 years ago that Walmart store opened at the end of October 2006, just a few short weeks after the development friendly council led by Mayor Kate Quarrie was dished a stunning and complete defeat by the Guelph electorate. By comparison, when Walmart opened a second store at the old Target (or old Zellers depending on how far back you see it), the community reaction was a collective shrug. Have we gotten used to Walmart, or do we not see it as the big bad wolf of consumerism run amok anymore? Maybe that crown has gone to Nestle?
To talk about the past and the present, I gathered three figures who are all too familiar with the activism around the "Not There" campaign, and the protests against Walmart: former city councillor and small business owner Ian Findlay, musician Sam Turton, and community activist Susan Watson.
So let's go shopping... for history and perspective in this week's Guelph Politicast.


If you want to relive all the high tensions and drama of the local fight against Walmart, the Residents for Sustainability website is still up. Guelph's struggle is also chronicled in a couple of documentaries including Walmart: The High Cost of Low Prices, Wal-Town and Walmart Nation.
The theme music for the Guelph Politicast is from the KPM Klassics collection by Syd Dale.
The host for the Guelph Politicast is Podbean. Find more episodes of the Politicast here.
Remember that the Politicast Podbean channel is also the host for podcast versions of Open Sources Guelph. The previous Thursday's episode of Open Sources will be posted on Mondays.
Stay tuned for future editions of the Guelph Politicast!
Posted by Adam A. Donaldson at 8:30 AM