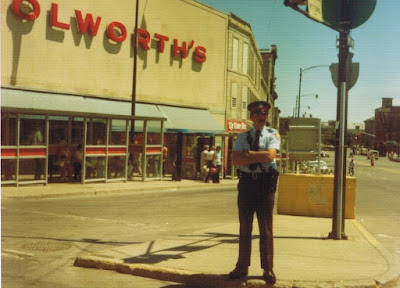 News is the art of delivering the day's information in an organized and coherent way, but stories don't just happen with a beginning, middle and end all in one day. Some of the biggest stories, including the most important stories, trace their roots back many years. In the news, there's an important function to not just understand the day's events, but the events that led to the day's events.


That's the job of the Guelph Back-Grounder run by Bill Hulet. A long time political activist and operative, Hulet launched the Back-Grounder in 2016 to quite literally tell the story behind the story. In the last two years he’s broken down the complicated history of hydro bills, Walmart, local boards, the OMB, and most recently, housing and solid waste, and he did it all with his impeccably, and exhaustively, researched pieces. Like Guelph Politico, the Back-grounder is a crowd-funded, independent local media endeavour.
This marks the second occasion that Hulet has been a guest on the podcast, and we begin this time by catching up about life in the local indie media scene, his successes building the site, and what insights he gleamed from his recent research efforts. We also get some deep history on Hulet's role in the early days of the Green Party. He ran to be MPP twice back in the day, and it could be argued that he helped lay the ground work that led to history being made earlier this month with the election of the first Green MPP in Ontario by Guelph. We also squeeze in some discussion about that other election later this year.
So let's go back on the proverbial background with the Back-Grounder himself on this week's Guelph Politicast!


Of course, you you can find the Guelph Back-Grounder online at here. You can also get Hulet’s book Walking the Talk: Engaging the Public to Build a Sustainable World in eBook form here or in paperback at Lulu and the Bookshelf. You can also find Hulet on Twitter.
The theme music for the Guelph Politicast is from the KPM Klassics collection by Syd Dale.
The host for the Guelph Politicast is Podbean. Find more episodes of the Politicast here.
Remember that the Politicast Podbean channel is also the host for podcast versions of Open Sources Guelph. The previous Thursday's episode of Open Sources will be posted on Mondays.
Posted by Adam A. Donaldson at 9:30 AM