City Council Preview - What's on the Agenda for the June 18 Meeting? 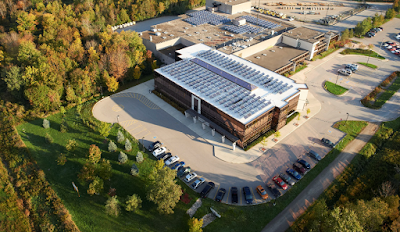 If it's June, it's time for Guelph City Council to act as shareholder of both Guelph Junction Railway, and Guelph Municipal Holdings Inc. The audits and general reports for both organizations will be discussed in two back-to-back meetings on Monday.
GJR-2018.1 GJR Annual Report to the City - Ian Brown, the chair of Guelph Junction Railway Ltd. will deliver the annual report, the first paragraph of which reads, "2017 was a record setting year for the Guelph Junction Railway, building on the groundwork of fiscal prudence and infrastructure improvements laid in previous years. Continued growth has now resulted in GJR’s highest ever results in the areas of car counts, total revenues, and net profits." Those profits will then be outlined in the CFRO report.
GJR-2018.2 CFO Report - 2017 Audited Financial Statements - The record setting year reported by Brown, in terms of the numbers, is $957,000, which is almost twice as much that GJR made in 2016, and is a 365 per cent increase from where GJR was in 2014. What this means is that the City of Guelph as the shareholder of the GJR is getting a dividend of $100,000 for the 2017 fiscal year, while the rest of the company's profits will be reinvested into GJR in the form of capital acquisitions. While the future looks bright for GJR, they are not thinking about being financially reckless as they recently implemented a debt strategy that will guarantee repayment of all external debt in the next two years as well as accelerate the debt repayment with the City.
GJR-2018.3 Appointment of Auditor - According to the recommendation of the Guelph Junction Railway Board of Directors, KMPG will once again be appointed the auditor for the 2018 fiscal year.
CLOSED MEETING: District Energy Assets – Update
GMHI-2018.03 Outstanding Governance Matters Related to Guelph Hydro/Alectra Inc. Merger - You'll recall that Guelph City Council voted last December to merge Guelph Hydro with Alectra Utilities. As those arrangements are being worked out, including the ultimate, and likely, approval by the Ontario Energy Board, there are still some details that have to worked out on the City's end. First, an applications-based process to chose Guelph's representative to the Alectra Board will have to be undertaken. Staff will begin this process, with an eye to bring forward a recommendation in a closed meeting of council sometime in the first quarter of 2019. Once the Alectra Board approves that name, it will be released to the public. This report will also look for a motion from council to dissolve the Guelph Hydro Electric Systems Inc. (GHESI) board once the merger is closed, which is expected to be sometime before the mid-point of 2019. Finally, with their work now complete, the Strategies and Options Committee will be formally dissolved.
GMHI-2018.04 GMHI Special and Long-term Dividends - What to do with all those future Alectra Utilities dividends? That's another question that needs to be answered post-merger. Staff's answer for now, and for the foreseeable future, is to bank it all. For that special, one-time divided that the City of Guelph will received from Alectra for merging, the entirety of the dividend will be put into three key Reserves and Reserve Funds, primarily the City Building Reserve Fund (45 per cent), the Efficiency, Innovation and Opportunity Reserve Fund (45 per cent), and the Community Investment Program (10 per cent). All future increases in the annual dividend will be transferred to the City's capital reserve funds.
Envida Report of Activities - In a good news/bad news situation, the District Energy assets are still operating at a loss. In 2017, a strategy was begun to find a way to stabilize the assets, and that work being done by Hydro and the City will be reported in the months to come. That's the bad news. The goods news is that Envida assets are not as losing as badly as they were predicted to. The Eastview generating station and the Southgate solar installation were both more productive then originally forecasted though the Arlen solar installation came up a little short in the end.
GHESI Report of Activities - In a snap shot for 2017, Guelph Hydro saw a small increase of customers for the year, while keeping the costs per customer still lower than the provincial average, and have one of the best returns on equity of any electrical utility in Ontario. Guelph Hydro services either meet or exceed expectations at all levels including telephone responses and emergency responses to power outages. The system reliability is at 99.9 per cent, and for 2017 Guelph Hydro had zero hours lost due to a worker injury.
GMHI-2018.05 2017 Audited Financial Statements and Notes - The full financial picture for Envida, Guelph Municipal Holdings Inc, and Guelph Hydro Electric Systems Inc will be delivered to council for follow-up questions.
GMHI-2018.06 Appointment of KPMG LLP as Auditors for 2018 - Unless someone has a really good reason why they shouldn't, KPMG will return once again in 2019 to look at the books of GMHI for fiscal 2018.
GMHI-2018.07 2018 Appointment/Re-appointment of Director(s) - Unless someone has a really good reason why he shouldn't, council will re-appoint Chief Administrative Officer Derrick Thomson to be director of GMHI for another one-year term.
Posted by Adam A. Donaldson at 3:38 PM