City Council Preview - What's on the Agenda for the June 14 Meeting? 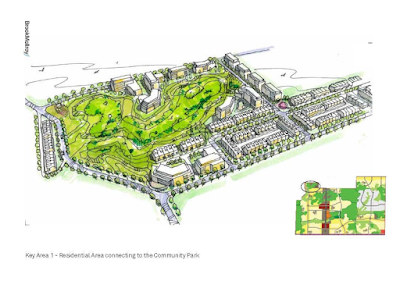 If you're one of the people that was upset with what the City of Guelph was cooking for the Clair-Maltby Secondary Plan, then you may like what they're cooking now. As we close Phase 2, it seems that public criticism has been taken in stride as we get ready to move to Phase 3.


Clair-Maltby Secondary Plan Phase Two Report and Recommended Preferred Community Structure - Phase 2 of the plan is now complete, and for those worried about some of the key provisions brought forward in April's report, you'll be relieved to know that there have been some changes made.
The most controversial bit in the initial plan was the inclusion of built-up lands in the Rolling Hills neighbourhood. Many residents came out to the previous meeting to register their concern that the area would lose its character as developers would buy up surrounding land for medium-density development. Instead, the City is leaving the Rolling Hills area off the new map completely, and its future will be dealt with in the future Municipal Comprehensive Review, which is required to be completed in 2022. Of course, that's not to say that building up Rolling Hills has been taken completely off the table, but it will be considered in a more comprehensive manner with how to best build up the rest of the city.
The other major change is that transportation modelling assessment has determined that Gordon Street can handle the future traffic needs of the CMSP area without a north-south collector to take some of the load off. The road that was to be built to the east of Gordon passed though sensitive wetlands in stretches, which is problematic in and of itself, but if you look at the map, it's hard to run a north-south road from Clair to Maltby without passing through wetlands. Phase 3 of the plan will include possible linkages for active transportation that will be compatible with the natural and cultural heritage assets of the area.
Speaking of which, the new maps now show the cultural heritage resources as well as the location of existing wetlands (as mapped by the Ministry of Natural Resources and Forestry).
Once approved by council, Phase 3 will commence with more detailed designs, and another round of community consultation.
Posted by Adam A. Donaldson at 5:35 PM