Province of Ontario Makes Another Deal with Nestle, Not Water Related 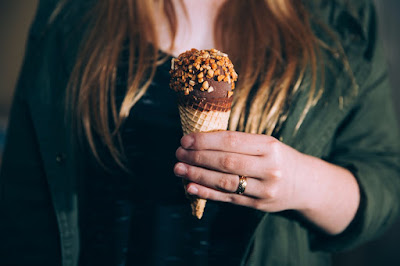 The word Nestlé is the source of much controversy in our area, but one can't deny that there are a number of people in and around Guelph, and across the province, that owe their livelihood to Nestlé. And so we're reminded of this again today with the Government of Ontario's announcement that they are partnering with Nestlé to support new jobs, and to keep old ones, up the road in London, Ontario.


Cambridge MPP Kathryn McGarry announced that the Southwestern Ontario Development Fund will be used to invest in the expansion of Nestlé's London 401 Ice Cream Factory where they make ice cream favourites like Häagen-Dazs, Parlour and Drumstick. Ontario is giving Nestlé $390,750 on top of the company's own investment of $2.2 million, and that will keep 380 existing jobs at the facility and add 12 more.
"At Nestlé Canada, we are proud to being a significant contributor to Ontario’s food processing and dairy sector," said Jayne Payette, the Business Executive Officer of Ice Cream at Nestlé Canada in the press release. "We are delighted to receive this support from the province to help us increase our competitiveness and make positive impact for the people of London and the region."
"Our government is making strategic partnerships with companies like Nestlé Canada to support their growth plan that’s bringing good jobs to London," added Steven Del Duca, Minister of Economic Development and Growth. "This expansion is helping the company continue to innovate and bring new products to the market, while providing a boost to our local economy.”
Of course, this isn't the first "strategic partnership" that Nestlé signed up for lately. Here in Guelph, Nestlé Waters gave $460,000 for "leading-edge groundwater research in Wellington County" to the University of Guelph in 2016. On the other hand though, there are a lot of people concerned with Nestlé's water-taking operations that may not see greater connectivity between the company, and the government that supervises them, as a good thing.
The renewal of Nestlé's water-taking permit in Aberfoyle remains in limbo 19 months after it expired. Ontario put a two-year moratorium on new water-taking permits last year, but there are nine permits now awaiting renewal while companies continue to take water at quantities approved in the expired documents, which is 7.6 million litres per day. According to Wellington Water Watchers, Nestlé has taken 1 billion litres of water in Aberfoyle since the permit expired on July 31, 2016.
Premier Kathleen Wynne was asked at the Ontario Good Roads Conference earlier this week about when the Aberfoyle permit renewal might come up public comment, but she didn't offer any specific insight about when that might happen, and discussed the Ontario Government's commitment to protecting water resources. In the meantime, some people in the business believe that it could take as long as 18 months for the government to rule on all nine of the overdue permits. That was four months ago now.
In the meantime, you will be able to hear the audio from that interview with Premier Wynne on an upcoming episode of Open Sources Guelph.
Posted by Adam A. Donaldson at 9:42 PM