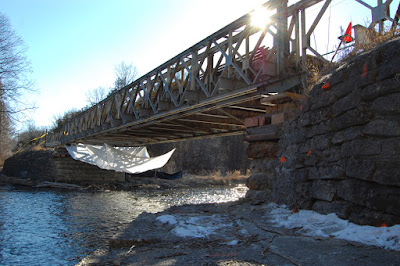 It was a day long in the making, the dismantling of the Bailey Bridge that has served the people in the area of the Niska Road for more than four decades. But this no demolition. Like it's wartime origins, the bridge once again became a tool of the Canadian Forces, this time for training purposes, as soldiers from St. Thomas and Waterloo detachments took part in removing the Bailey Bridge from its Niska Road home.


The operation was a complicated one, requiring days of preparation and about eight hours on Saturday to complete. But though the Bailey Bridge is gone, it will not be forgotten. The City of Guelph will keep four sections that will be used in the creation of a pedestrian bridge for a local park or trail. Those details will come later, but for today you can see the removal of the Bailey Bridge in action in a series of photos and videos below. 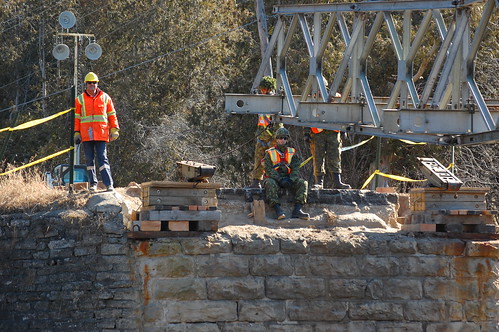