The 2018 Operating Budget in More Detail 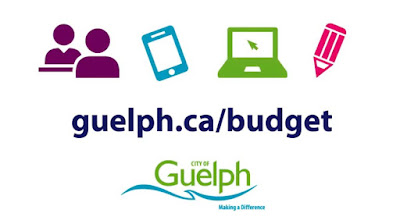 Previously on Guelph Politico, we previewed the 2018 Tax-Supported Operating Budget in a very general way. Overall, the proposed budget suggests a 2.19 per cent, or $232,907,226, increase over the 2017 budget, and then there's potential for spending 1.4 per cent more, or $3,194,028, in expansion packages. So what new spending is there in the 2018 budget? What new savings? What are the details behind those numbers?


The breakdown: Of the $23.9 million, 17.2 per cent is for the police, 10.2 per cent is for County Services, 3.9 per cent is for the library, 1.7 per cent is for Public Health, and 0.7 per cent is for the Elliott Community. The biggest part of the pie though is the 66.3 per cent earmarked for municipal services, which itself is broken down further. So Public Services takes 53.2 per cent of the total budget for municipal services with 19.6 per cent for general and capital financing, 15.7 per cent for Infrastructure Development and Enterprise, 7.8 per cent for Corporate Services, 3.1 per cent for the Chief Administrative Officer's office, and 0.6 per cent for the Mayor and Council.
So having sliced up the pie, let's go over the ingredients by the numbers:
Mayor and Council: The budget here is going up by $5,425 because of an increase for staff compensation, particularly in the mayor's office. (The council budget is skinnier for 2018 to the tune of $1,650.)
Office of the CAO: There's a change of 8.5 per cent this year, but that's a loss, and not a gain. The $444,380 saved on the 2018 budget over 2017 is mostly owed to Service Guelph moving to the Corporate Services budget instead of the CAO's, but there's also $100,000 in savings thanks to a historic trend in the reduction of insurance claims.
Infrastructure Development and Enterprise: The IDE file will add just over $1 million to its budget in 2018, representing a 4.7 per cent increase over last year. The biggest increase, more than half actually, is for Environmental Services, especially with a $471,192 increase in the organics facility tipping fees because of higher tonnage as well as contractual increasse. As the Solid Waste service review interim report pointed out, there are some issues with the Material Resource Facility, and the final report in the spring will have actions for that. In the meantime, revenue will increase by $188,600 for recycling processing and organics. Another increase is $84,954 in user fees due to a five per cent increase in parking permits, but that's going to be offset by the $100,000 decrease in subdivision fees which will correct a perennial variance.
Public Services: This file will add almost $2.5 million in new spending for 2018, although that will be offset thanks to an increase in the land ambulance grant revenue from the Ministry of Health to the tune of $1.1 million, and a $112,0000 increase in parking fine recovery. Of particular interest is Guelph Transit, which will see a $315,301 increase in its 2018 budget, but that money will not be for more buses or expanded routes and will instead go to implementing signal priorities, the development of fare collection systems and a new fare collection strategy, and for the Transit Master Plan and Service Review. Another big spender is Parks and Rec as utility costs, equipment and vehicle rentals, and bulk water charges all increase, while a number of new and continuing programs are undertaken including the Parks and Open Spaces plan, Recreation and Cultural Services, and the Active Transportation Network. The Fire Department will also cost the City another three-quarters of a million next year due mainly to an increase in salary, wage and benefits.
Corporate Services: This department will add almost $1.2 million for 2018, but that, for the most part, comes from two sources. First, there's the nearly half-a-million dollars for the transfer of Service Guelph from the CAO's office, and then second, there's a $424,440 increase in IT services for software, network and consulting services.
General Expenditures and Capital Financing: This file oversees transfers into the City's reserve funds, and contributions to the tax rate stabilization, as well as reserves for programs and liabilities including affordable housing, social housing, and WSIB. It also insures that there's funding in place for pending increases to collective agreements under negotiation and tax increment based grant programs.
Expansions
Mayor and Council: A little over $9,000 more to be made available for training and attending municipal conferences.
Office of the CAO: An additional internal auditor.
Infrastructure Development and Enterprise: An extra $100,000 to complete the service review pilot, and $458,000 to improve Ward Waste Collection and lower wait times are among the expansion items. Four new Full-Time Equivalent (FTE) positions are also proposed including a new Waste Collection Operator, an Analyst for Corporate Asset Management, a Financial Analyst for Environmental Services, and someone to look at Multi-Residential Waste Collection.
Public Services: Many of the FTEs being looked at in this expansion pack are for emergency services including four new paramedics for a new Guelph shift, plus a field supervisor. Another two FTEs being proposed are as new security guards for city facilities. As for programs, staff is asking for nearly $323,000 for the Affordable Housing Financial Incentive Program, and $46,878 for seasonal staff for Parks and Rec.
Corporate Services: This City department is looking for about $200,000 for two new programs; the first is the Career Path Program, which looks at increasing employee engagement and retention, and the second is the Corporate Recognition and Diversity and Inclusion Training, whose goal is to support City obligations as an employer under the Human Rights and Accessibility Act. Four new FTEs are also part of this expansion pack, each carrying between $100,000 to $159,000 in salary, including a Manager of Financial Strategy, a Senior Purchasing Agent, a WSIB Claims and Disability Co-ordinator, and a Learning and Development Co-ordinator.
Posted by Adam A. Donaldson at 9:00 AM