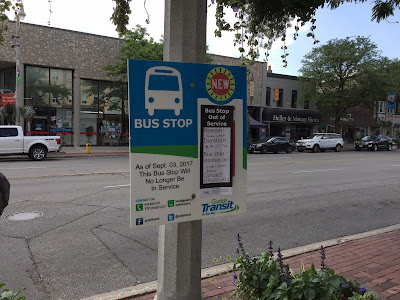 So this coming Sunday, taking the bus is going to slightly different than it has been in the last couple of years. There are a lot of new changes to get your head around, so to get you started, here is a break down of all the changes coming to the system as of September 3, which is hopefully the simplest way to explain it all... 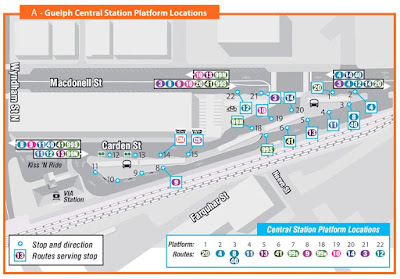 And the University Centre: 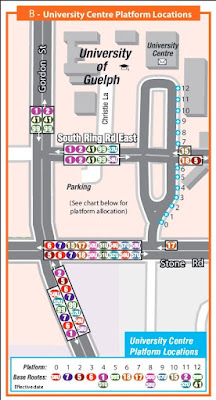 PART H: Where Can I Go For More Information?
The full list of schedules and maps is available at the Guelph Transit website here.
Finally, if you have any questions about the realignment, or anything concerning transit issues in Guelph, Transit GM Mike Spicer will be on Open Sources Guelph this Thursday at 5:30 on CFRU 93.3 fm or cfru.ca.
Posted by Adam A. Donaldson at 10:06 PM