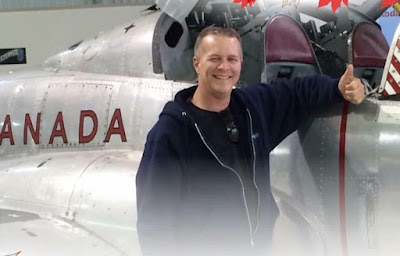 Last month, Green Party Mike Schreiner became the first person to be made a candidate for Guelph's seat in the 2018 provincial election, but now the local Progressive Conservative party is making news. Not for putting forward a candidate, but for loosing one.


Thomas Mooney, a truck safety inspector who was in the running to represent Guelph PCs in next year's election, has taken himself out of contention. Why? It's nothing to do with Guelph or a sudden new found love for Premier Kathleen Wynne, that's for sure. “There have been very unsettling occurrences across the province in various PCPO riding associations,” Mooney wrote in a letter he posted to Twitter. It was accompanied by a video announcement on Facebook.

“From what I’ve been seeing during my campaign, I no longer have the faith with the current leadership to continue in good conscience to run as a candidate for the Progressive Conservative Party of Ontario,” Mooney said.
To what is Mooney referring? In Hamilton West-Ancaster-Dundas, police are considering an investigation into allegations of stuffing the ballot the box after two of the three nominees complained about the results and asking for a judicial review. Ballot stuffing was also an allegation made at the nomination meeting for Ottawa West-Nepean back in May, resulting in volunteers quitting the party. Meanwhile, in Newmarket-Aurora, three members of the riding association executive committee resigned in protest of the nomination process.
Although Mooney was initially skeptical of individual instances, he ultimately could not deny the pattern. “But when faced with seeing one riding association after another going as far as going public with complaints of perceived improprieties within the PCPC nomination process, I had to stop and take another look,” he said.
“He was a very credible candidate. He’s a very conscientious man. He was just worried about things that were going on in different ridings,” Robert Coole, the Guelph PC riding association president told the Toronto Star.
Coole told the Star that there are three other candidates still in the running to represent local PCs in the fall. Meanwhile, it looks likely that Liberal Liz Sandals will stand again for re-election, but we'll have to wait and see who all steps forward for the Blue, Red, and Orange teams. The Ontario Provincial election is on June 7.
Posted by Adam A. Donaldson at 9:00 AM