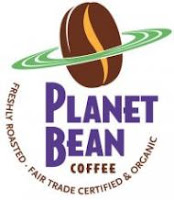 Do you like listening to the Gang of Four on your radio every Monday morning, but have always wondered what it would be like to be inside the recording booth with us? No, you probably haven't, but that's okay because you're going to get your chance anyway.
In advanced of CFRU's annual Raise Your Voice fundraising campaign, the Gang of Four and Beyond the Ballot Box are doing a special live taping of the show at Planet Bean in Downtown Guelph this coming Sunday, October 14th, at 2 pm. There will be the usual Gang of Four hijinks followed by a special acoustic set by Love and Guts' (and Go4 panelist) Scotty Hertz.
It should be a great afternoon of political discussion and music and you, the general public, is invited to pull up, grab a Cup of Joe and join us for this first ever live Gang of Four.
Or, in other words...