City Council Preview - What's on the Agenda for the July 9 Meeting? 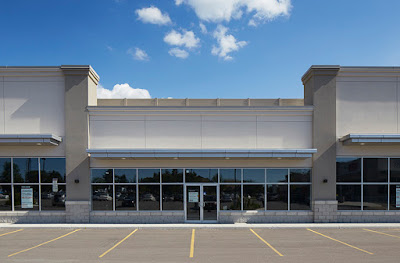 Council's going to take care of some unfinished business before the summer break at this month's planning meeting. Brownfields, commercial space, and a brand new planning advisory committee are all topics for conversation.


CLOSED MEETING: 132 Harts Lane West, Draft Plan of Subdivision, Appeal of Draft Plan Conditions; Canada Revenue Agency Payroll Compliance Matter; Dolime Quarry – Mediation Process Update.
IDE-2018-100 Decision Report City-initiated Administrative Amendment to Zoning By-law (1995)-14864 to Address Service Animals (File: ZC1803) - Staff are recommending the previously recommended changes to the Zoning Bylaw from May's planning meeting of council be approved. The amendments are to ensure that residents who require the use of service animals are protected from discrimination, as there were disagreements between the 1995 Zoning By-law and the provincial Standards under the Accessibility for Ontarians with Disabilities Act (AODA) on some of the language.
IDE-2018-90 Decision Report: Brownfield Redevelopment Community Improvement Plan Update - In revisiting this report from April, staff offers its recommendations for amendments to the Brownfield Redevelopment CIP. Along with changes that will allow TIBG recipients to have their Development Charges (DCs) be deferred up to 80 per cent of the estimated program eligible cost of the tax increment over 10 years. The Environmental Study Grant, Tax Assistance and Tax Increment Based Grant programs will be also be extended for another five years with minor modifications.
IDE-2018-93 Decision Report 671 Victoria Road North Zoning By-law Amendment (File ZC1606) Ward 2 - The revamped proposed development for 671 Victoria Road North, which came to the planning meeting of council back in April, has been approved for the construction of 31 cluster townhouse unit on that property.
IDE-2018-94 Commercial Policy Review: Preferred Framework - After months of work, the future plan for the City's commercial needs is a step closer to being realized. The plan sets out several directions to ensure that the City has the land to meet commercial needs for the next 25 years and beyond. The preferred framework includes the protection of present zoning for commercial space and mixed used areas, identifying certain mixed-used nodes that can be intensified, putting a height cap of two storeys on lands at the southeast corner of Stone and Victoria to allow for faster development, and the continued monitoring of the commercial land supply to assure that the commercial needs of the city are being realized. For the east end specifically, the policy will allow for the existing commercial space to be re-designated as Mixed-use Centres in order to broaden the development possibilities, and to set commercial benchmarks and floor space minimums to protect all commercial space. If council approves the framework, council will begin work on initiating amendments to the Official Plan.
IDE-2018-101 Notice of Intention to Designate the Hart Farmhouse Pursuant to Part IV of the Ontario Heritage Act - Previously at City Council, a plan to create a subdivision in the south end called Harts Village, which involved the restoration of the old Hart Farmhouse. In fact, the draft plan of subdivision was predicated on the farmhouse getting a heritage designation under Part IV of the Ontario Heritage Act. Built in 1850, the farmhouse is one of the oldest buildings in Guelph and Puslinch Township, and is an example of the Neoclassical vernacular style. In other words, it meets three criteria for a heritage designation including contextual, historical/associative, and design/physical values. With approval by council, and a 30-day object period, the Hart Farmhouse will become a protected heritage property.
IDE-2018-91 Establishment of a Planning Advisory Committee in accordance with the Planning Act (Bill 73) - Bill 73, which amended the Planning Act, requires now that all upper-tier and single-tier municipalities establish a Planning Advisory Committee. Guelph is a single-tier municipality. The point of these PACs (not to be confused with political action committees in the U.S.), is to ensure citizen representation, to provide advice and feedback on planning proposals, and facilitate collaboration between council and the general pubic on land use issues. The City has two options, they can either add PAC responsibilities to current advisory committees, or they can create a PAC for the City of Guelph. Staff is recommending the latter option, and that Guelph's PAC will focus on major policy planning initiatives such as provincial plan and policy conformity, Official Plan reviews/updates, and community plans and studies. If council agrees, staff will develop terms and bring them back to council sometime in the third quarter or this year (which will likely be early September or December).
Posted by Adam A. Donaldson at 10:53 PM