City Council Preview - What's on the Agenda for the January 22 Meeting? 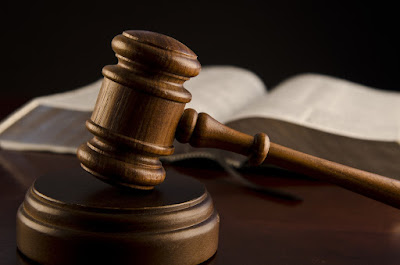 On Monday, it's time for a very special council meeting in which the mayor and city council will be asked to take on a role they don't play every day.
Development Charges Complaint Procedures Orientation - In refreshing change from the ordinary, council will be acting as a tribunal in this meeting, complete with its own quasi-judicial powers. Before hearing the complaint, City Solicitor Christopher C. Cooper will orient the tribunal on complaint procedures. Basically, a person required to pay a development charge may make a complaint to council on the basis that a) the incorrect amount was charged, b) whether a credit is available or incorrectly applied, or c) there was an error in the application of the development charge by-law. After hearing the complaint, the tribunal (council) can dismiss the complaint, or rectify the incorrect determination. If the complainant doesn't like the decision, they have 60 days to file an appeal with the Ontario Municipal Board.
Public Meeting to Hear Complaint Under Section 20 of the Development Charges Act, 1997 - Ray Ferraro, Agent for 1776410 Ontario Ltd. and Solicitor Trenton Johnson will be speaking to the complaint while associate solicitor Darrell Mast will represent the respondent, AKA: the City of Guelph. Exact details about the complaint are not included in the public meeting notes, but it seems that it has to do with paying development charges for a permit to lay a foundation at 561 York Rd, an empty plot of land just east of the intersection at York and Victoria. The foundation was the first step in creating a commercial development, a plaza, on the site.
Posted by Adam A. Donaldson at 12:30 PM