City Council Preview - What's on the Agenda for the November 8 Meeting? 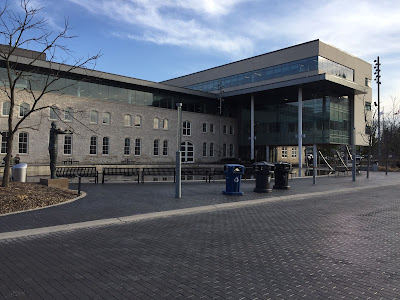 The biggest piece of the the 2018 Budget, the Tax -Supported Operating Budget, has finally been revealed for all to see. The very general overview of the numbers we're talking about and the increases (and in some cases, decreases) you will see are outlined below.
CON-2017.50 2018 Tax Supported Operating Budget - So to put this succinctly, staff is recommending an increase of 2.19 per cent above the 2017 net tax levy operating budget be approved for a budget totaling $232,907,226. On top of that there’s some $3,194,028, or 1.4 per cent, in expansions that council can decide to enact, so the full budget increase might be as high as 3.59 per cent if council approves everything as is.
To begin with there's the base operating budget. The approved budget for 2017 was $225,115,948, and then there's an immediate additional increase of about $2.4 million alone just to keep current service levels as they are now. A further $4.6 million is projected to increase the budget due to previously approved council decisions like increases in compensation to full-time employees, and another $1.6 million will go to corporate utilities and taxes, as well as general and capital finances.
It’s not all about increases though. Staff is looking to save $470,000 per year by ending the Vacant Unit Tax Rebate Program, which covers a portion of the tax bill for vacant commercial and industrial spaces in the City. Just over $3 million will received through user fees, grants, and other "external recoveries", and the estimated assessment growth for next year is $2.8 million although that number is inexact until the property assessments for 2018 from the Municipal Property Assessment Corporation are released sometime in the new year.
As to the expansions, staff is making several recommendations for new and expanded programs and personnel to make sure "the most appropriate services and resources are in place to serve the community." About 14 new FTE (full time equivalent) positions are part of the budget expansion packages including an internal auditor, four paramedics, a financial analyst for environmental services, a Learning and Development Co-ordinator, a WSIB Claims and Disability Co-ordinator, and two new security guards. Among the new programs included in the expansion packs is the Affordable Housing Incentive Program. the Career Path Program, Corporate Recognition Diversity and Inclusion Training, and further work on the Business Service Reviews.
Finally, the last section of the budget is the one for Local Boards and Shared Services. So we're talking about things like the Guelph Public Library, the Wellngton-Dufferin-Guelph Public Health Unit, the Elliott Community, services through Wellington County, and the Guelph Police Services. On the subject of the police budget, Council must "establish an overall budget and cannot accept or reject specific items within the budget." Any disputes that may arise are heard by the Ontario Civilian Commission on Police Services. Overall, there will be an increase of 0.65 per cent for a full budget of about $1.49 million, plus there's also a $567,409 expansion package for an additional impact of 0.25 per cent. The details of this part of the budget will be presented at the November 15 budget meeting.
CON-2017.49 Dedicated Infrastructure Levy - In addition to the increases mentioned above, staff is recommending that council implement the yearly one per cent increase to the Infrastructure Levy to further close the $490 million gap in the backlog of infrastructure projects. The additional one per cent, which in dollars will collect $2.325 million, will raise the total capital transfer for 2018 to $32.685 million, which sounds like good news, but it's worth noting that the backlog is continuing to grow by $219.7 million annually. If capital funding levels remain exactly the same, in 20 years the backlog will be just shy of the $1 billion mark.
So having said all that, how much money did the levy raise this past year, and what was it spent on? Well, the City of Guelph has $2.2 million more in the bank, and the bank is where it stayed in the capital reserve funds to meet integrated capital needs as required. The levy money is in the City’s Infrastructure Renewal and City Building Reserve Funds where they are not tracked differently from other capital funds. Funds will be allocated to projects per the City's "comprehensive, corporate-focused risk and prioritization methodology" and a approved by council on a per project basis.
Posted by Adam A. Donaldson at 1:30 PM