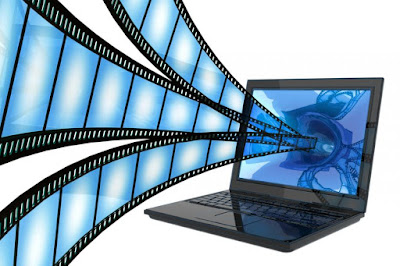 On budget night, there was an unusual request amongst the potential expenditures presented by the councillors. The honour went to Ward 6's Mark MacKinnon who proposed that the City spend $20,000 to live stream the city council meetings on the City of Guelph website, and though the motion got voted down by the rest of council, MacKinnon still thinks that it was potentially $20,000 that would have been well spent considering the return on investment in enhancing our democracy.


"I talked to a number of people that seemed to have issues with Rogers, and I found that somewhat troublesome," MacKinnon told me Thursday. So when there was a $20,000 line item for offering streaming video of city council meetings on the City website included in the list of expansions for council's consideration after the base budget, MacKinnon thought it was a good deal. "Now that I knew what the cost was, it seemed quite reasonable," he said.
According to MacKinnon, the cost would have gone to licensing the proper software, including a speech to text program that would have let the streaming of council meetings meet Accessibility for Ontarians with Disabilities Act (AODA) standards. The City already owns the equipment, so the set-up would be minimal. A small price to pay to allow for a reliable, internet-based access to Guelph's council meetings, MacKinnon explained. Especially since Rogers isn't always available, or available to everyone.
"This is our council, and this is something we would be doing for our purposes and not for Rogers," he said, "It might make it easier to find the meetings, or people might stumble across them more easily [if they're on the City's site].
MacKinnon's point is that only Rogers customers can access council meetings on TV, but often there's a tape delay if an earlier start time for council conflicts with previously scheduled Rogers programming. Rogers does stream the council meetings on its site, but there's some confusion over whether or not you have to be a Rogers customer to access it, or whether there are merely restrictions. A Change.org petition in 2014 urged Rogers to share the mayoral and council debates sponsored by the Guelph Chamber of Commerce free to non-customers.
But MacKinnon is not bitter. "For me, it was an obvious choice, but it was not the will of council," he said adding that he agreed with the assessment of Mayor Cam Guthrie that there hasn't been a huge outcry for an alternative to Rogers. Still, MacKinnon also noted that the motion was defeated in a 6-6 tie, so there are councillors that also thought it was an obvious choice. Might some lobbying from the people change some minds? We'll see...
Posted by Adam A. Donaldson at 12:00 PM

You don't have to have Rogers to watch council meetings. It is streamed on the internet when you go to Council meetings and click on the Rogers button. I am a Bell customer and am watching the Dec 12, 2016 council meeting as I type this

You don't have to be a Rogers customer to watch council meetings. I am on Bell ans am viewing the current Dec 12, 2016 meeting as I type this. Just go to Council meetings and click on the Rogers button

Thanks Pat. There was some confusion about this. I wonder if you can as easily access previous council meetings?