Changes Coming to Politico in 2017 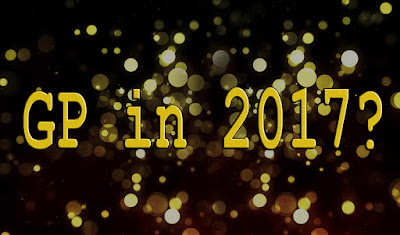 It's been quite a year for Guelph Politico! Thank you to everyone that engages with the site be it monetarily, through support and sharing on social media, or by sampling making Politico you're destination for political news in the City of Guelph. 2016 was a tremendous year, tremendously busy and tremendously accomplished, but as the holiday break begins, I'm also taking this time to announce some changes for Guelph Politico in the new year. Check them out and let me know what you think.
1) New Website - This was something I wanted to wait and pay someone to take the time and effort to do (there are nearly 1,600 Politico posts now). But tme and necessity know not the demands of having a reliable, well-paid web designer though, so I guess I'll just have to depend on me. Trucking everything over will be a long and involved process, but the benefits, particularly in creating more flow with the Open Sources Guelph website, are too good to ignore and losing the Blogspot handle, makes the endeavour more than worth the effort. My goal is that by the end of January you might be able to start accessing Politico at guelphpolitico.ca. At least for the new stuff.
2) Politicast Moving to Wednesday - My original decision to do this had more to do with my work schedule, but that's actually not going to be a problem for too much longer (sadly). Still, sticking the Politicast at the end of the week seemed a bit like writing it off, and a lot of work goes into producing it on a (near) weekly basis. Monday's council night so that's out, and I've got plans for Tuesday (see below), and Open Sources is on Thursday, so Wednesday it is. Hopefully, this will begin with the first new Politicast of 2017 early in January.
3) Council Meeting Recap on Facebook Live - I was trying to figure out a way to do a post-meeting wrap up of the council meetings without having to pound out another article, I already do that for the preview. So how about this: doing a Facebook Live post-meeting recap? It's a fun way to use the technology, and though I am not really an on-camera personality (my occasional film work notwithstanding), it seemed like the logical next step in terms of engagement and developing the Politico audience. Would you rather scroll through the tweets to get the complete picture, or watch a five-minute video? Hey, why not both? This will be posted on Tuesday (the day after the meeting).
4) A More Detailed Mangez - Posting a twice monthly dine safe guide based on the stats collected by the Wellington-Dufferin-Guelph Public Health Unit was a hit, so let's take it up a notch! For establishments listed as either "Critical" or "Non-Critical" future Mangezes will also include the more detailed information offered by the Health Unit as to why.
5) Crowd Sourcing Solutions - Specifically, transit. I feel like we spend so much time talking about what's wrong with transit, and we don't really talk about specific ways we can change things for the better. I'm calling this "101 Ways to Fix Transit." We may not reach 101, we my go over 101, but I want this to be a genuine group effort, and not just more of my insane ramblings. (You get those enough). I also don't want these to be block of text diatribes, let's use various tools like photos, videos, and social media to send a clear message to city staff and council that we want 2017 to be the last year transit service goes backwards.
6) Some Kind of Event - This is probably my most ambiguous goal for the year, and one that requires some more thought on my part in terms of what form it might take. I once had the idea for a local blogger type of gathering in Guelph, but I think that's too limiting. My current thinking is something more like a town hall, bringing citizens together with city politicians and staff on an issue of local importance, like city planing or electoral reform. That second one might be key because there's going to be two - count 'em, two - elections in 2018.
Posted by Adam A. Donaldson at 10:30 AM