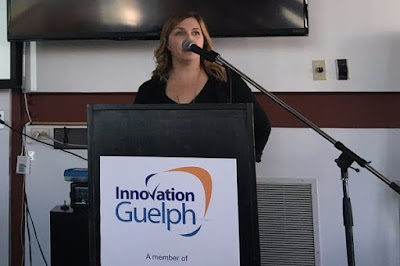 A couple of years ago, I dedicated a December episode of the Guelph Politicast to the Guelph Food Bank. It seemed wise, and it still does, to dedicate some time at this point in the year to remembering that no matter how lucky we are, there's always someone less lucky. The thought occurred to me again this Christmas season, and that's where we get this episode of the Guelph Politicast, remembering Guelphites in need.


However, unlike agencies like the Food Bank, the Guelph and Wellington Task Force for the Elimination of Poverty isn't about collecting donations and trying to make today and tomorrow a little bit better for Guelph's poor. They're playing a longer game. The Task Force is trying to address the root causes of poverty, and are trying to make sure that everyone has the opportunity and the tools to live a fulfilling life free, or at least freer, of the grip of poverty.
There are a lot of issues so far as poverty in Guelph is concerned, but in talking with Randalin Ellery, Coordinator of the Task Force, I decided to narrow it down to three: affordable housing, living wage, and under-employment. The Task Force is already trying to address the first two with the support of the City of Guelph, but make no mistake, this is an effort on the part of a non-profit agency that may never accomplish its goals. So long as there's been material wealth, there have been those that have had little to none of it, and since the goals of the Task Force are policy based it could be years until they see their efforts realized, which is far different than the immediate effect of giving someone a meal, or a roof over their head for the night.
So before breaking for Christmas, this Guelph Politicast is a reminder that the poor are still among us, and there are people in the community working very hard to do something about 365 days a year.


If you would like to learn more about the Guelph and Wellington Task Force for the Elimination of Poverty, or read up on their recent campaigns, you can visit their website for all the details.
The theme music for the Guelph Politicast is from the KPM Klassics collection by Syd Dale.
The host for the Guelph Politicast is Podbean. Find more episodes of the Politicast here.
Remember that the Politicast Podbean channel is also the host for podcast versions of Open Sources Guelph. The previous Thursday's episode of Open Sources will be posted on Mondays.
Posted by Adam A. Donaldson at 8:00 AM