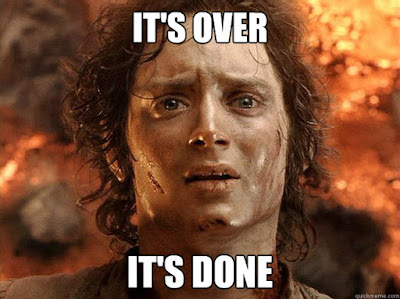 It's been almost a decade of debacle, but the long legal fight between the City of Guelph and the contractor Urbacon over the cancellation of their contract to build the new City Hall and renovate the old one into the Provincial Court building, has been completely settled.


The final two bills represent a good news bad news situation. On the one hand, the City is giving a $100,000 cheque to Aviva, the insurer on the project; on the other hand, the City will receive a cheque for $150,000 from Moriyama & Teshima Architects. You might be thinking that the City is $50,000 to the good, but no. All told, the Urbacon affair has cost City coffers over $8.1 million in settlement and legal costs, including the original $6.6 million to Urbacon itself.
Here's the press release from the City of Guelph:

Guelph, ON, June 26, 2015 – The City of Guelph has settled the final two actions from the Urbacon litigation, bringing the litigation to a complete and final conclusion.

“As promised, we’re now in a position to share the outcomes of these final two actions regarding the Urbacon litigation,” says Guelph’s mayor Cam Guthrie.

Mayor Guthrie acknowledges it will now be for Council to discuss how and if it will replenish the City’s own reserve fund and, in so doing, determine how the City budget will be affected moving forward. A staff report on repayment options is scheduled to come before Council in July.

With the final actions resolved, the City has extended its own full accounting analysis and will be engaging an independent third party to conduct a capital cost audit. “Both the CAO and I feel the community requires assurance of the full accounting on this file,” says Mayor Guthrie. “Therefore, a third party audit will be conducted, the results of which will be fully shared with our residents.”

In the meantime, final settlement and legal costs can be seen here.

Finally, in August, Ann Pappert, Guelph’s chief administrative officer, will share findings from a third-party review she initiated regarding complex capital projects. “There’s a lot we’ve learned from this process,” says Pappert. “I look forward to sharing what we’ve learned with Council and our community in August, and to applying that knowledge to large-scale projects moving forward.”

“I’m very pleased this litigation has come to a close,” says Mayor Guthrie. “The community is still owed three more pieces: a full accounting of the project, a review of the options with respect to repaying our reserve, and the findings from our review of complex capital projects. With these three parts in hand, we can truly say we’ve moved past this issue and that’s a positive thing for our community.”