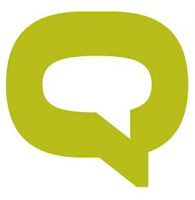 I spent the better part of the last two weeks covering the Hot Docs documentary film festival in Toronto for my day job at Press+1. Now typically, there isn't much overlap with this blog and my work for Press+1, but Hot Docs is one of the rare instances where maybe that isn't the case.
To wit, I caught a lot of films about politics, issues, and activism. In fact, as a regular Hot Docs attendee, I would say that there were more films that fall under those themes than normally. Probably the times, I suppose. Anyway, I decided to share some links of some of the interviews and reviews I did for the festival, which you can find below:
We Are Wisconsin - A chronicle of the protests last February in Wisconsin as Gov. Scott Walker moved to take away collective bargaining rights for public sector unions. I also interviewed We Are Wisconsin director Amie Williams.
Finding North - A rather damning documentary about the hows and whys 49 million Americans go hungry everyday, as well as issues of food insecurity and lack of access to nutritious food and how that's linked to obesity rates.
We Are Legion: The Story of the Hacktivists - A kind of a biography of the hacktivist movement and the rise of the online direct action group Anonymous.
Booker's Place: A Mississippi Story - This might have been my favourite of the festival. It's about a filmmaker who goes looking for the black waiter featured in a doc his father made in the 60s, and learns some surprising things about the state of racism in the American south both then and now.
One Fine Day - This film profiles several people around the world who have quietly tried to change the world in their own small ways.
Shadows of Liberty - A pretty brutal look at corporate media and the affect that companies focusing on the bottom line has on news coverage. I also got the chance to interview director Jean-Philippe Tremblay and media critic Jeff Cohen.
Inocente - A surprisingly upbeat story about a homeless teen in San Diego trying to create a better life for herself through her art.
Ai Weiwei: Never Sorry - The film follows Chinese artist Ai Weiwei in the months leading up to his arrest last year.
The Invisible War - A pretty brutal look at the pandemic of sexual assault in the U.S. military. I also got the chance to talk to director Kirby Dick.
I also interviewed Canadian filmmakers Rosie Dransfeld, Corey Lee and Ariel Nasr. Dransfeld directed Who Cares? which gets incredible access to Edmonton's sex worker trade; Lee's Legend of a Warrior chronicles his attempts to reconnect with his father; and Nasr followed a group of young Afghan women trying to become Olympic level boxers in The Boxing Girls of Kabul. Nasr especially was a good interview because of his knowledge of what's going on in Afghanistan after having lived there.
Posted by Adam A. Donaldson at 12:44 PM