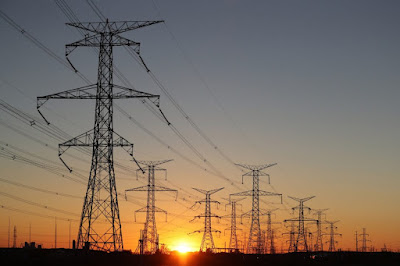 On Wednesday, Guelph City Council will meet to discuss whether or not to merge Guelph Hydro with Alectra Utilities, a publicly-owned conglomerate of several Ontario local distribution companies. We know what's in it for Guelph if they sign on to the deal, but what about Alectra itself? How is their expansion project going thus far?
First of all, let's look at the basics of Alectra, which is the second-largest municipally-owned utility in North America after the Los Angeles Department of Power and Water. It's the formal union of Enersource, Horizon Utilities, PowerStream, and Hydro One Brampton covering a 1,800 square kilometre territory made up of 15 communities including Alliston, Aurora, Barrie, Beeton, Brampton, Bradford, Hamilton, Markham, Mississauga, Penetanguishene, Richmond Hill, St. Catharines, Thornton, Tottenham and Vaughan.
Here's the thing: Alectra has barely been in business as an entity for one year. The merger of  Enersource, Horizon Utilities, and PowerStream went into effect on February 1, 2017; Brampton Hydro One joined on February 28. The merger was approved by the Ontario Energy Board just last December.
Since then, admittedly, it's been more or less smooth sailing, but as Alectra looked to bring Guelph Hydro into the fold, there were some issues emerging with founding partner Collus PowerStream. Up the road in Collingwood, the city council there voted on October 23 to sell its 50 per cent take in CPS to an Edmonton-based firm called EPCOR. The Town of Collingwood sold 50 per cent of their stake in Collus Power - which covered Collingwood, Stayner, Creemore and Thornbury - in 2012 to PowerStream, which was then taken over by Alectra in the merger earlier this year.
After the vote, which passed 7-2 with Mayor Sandra Cooper and Councillor Kevin Lloyd voting against, Alectra was given 20 days to match EPCOR's offer or sell their shares back to the Town of Collingwood, in which case EPCOR would be the sole owner. At the time, Alecra's director of communications Eric Fagen told the Simcoe County News that the company is “exploring its options.”
After exploring those options, Alectra opted to sell its 50 per cent ownership stake in Collus PowerStream back to the Town of Collingwood. “For more than five years, Alectra, and its predecessor PowerStream, enjoyed helping to serve customers residing or owning a business in the communities served by Collus PowerStream,” said Norm Loberg, Board Chair of Alectra Inc. to CTV News Barrie.
By comparison, EPCOR seems like a huge operation of its own. Though owned by the City of Edmonton, it has stakes in electricity, water, natural gas and wastewater operations in Alberta, Saskatchewan and British Columbia as well as Arizona, New Mexico and Texas, according to a Simcoe County News profile. Collus PowerStream is also not EPCOR's only reach into Ontario. Their purchase of a natural gas company in Aylmer called NRG went into effect on November 1.
“With the move of consolidation of local distribution companies (LDCs) in Ontario, we saw an Ontario market as a good place to grow with great opportunities,” said Steve Stanley, senior vice-president of commercial services for EPCOR.
Stanley promised that EPCOR's efforts in Collingwood and surround areas will be “community minded,” saying, “We feel it’s very important to be engaged in the community and be a partner with the community. Our vision is to operate the company as it has been operated.”
Some in Collingwood disagree. "Our publicly-owned utility will be sold to EPCOR, an out-of-province, for-profit corporation that pays a dividend to the city of Edmonton only, and that will raise our electricity rates as soon as they are allowed," said Ian Chadwick, a reporter and former three-term member of Collingwood City Council on his blog. "Our utility will be privatized within a year, with no local control, no local representation, no local input. And it’s all been done to us behind closed doors."
But to be clear, Chadwick is putting the blame not on Alectra, but on the politicians of Collingwood council. "In my experience, PowerStream was a good partner, Chadwick told Guelph Politico. "My concern is the process: it must be open and transparent. It wasn’t in Collingwood. Very secretive, actually."
In the case of Alectra itself though, the predominate concern among Guelphites is losing that personal, community-focused touch with our hydro utility. Concerns that are not abated with sound bites like this:

“Someone's going to cannibalize our business — it may as well be us. Someone's going to eat our lunch. They're lining up to do it. I think repositioning, redefining the grid from what it is as sort of a passive purveyor of energy to one that is an enabler of transactive energy at the grassroots level is a much more sustainable, profitable strategy.”

That's a quote from Alectra CEO Brian Bentz at the Energy Storage North America conference back in August. While the comment is true, and much of the drive to merge is based on giving Guelph Hydro the ability to adapt to a rapidly changing market, it's the kind of language that makes Guelph Hydro costumers think that becoming cogs in the machine with over a million and a half other customers is going to be a net negative to the Royal City.
In all, 32 delegates are on the speaker's list for Wednesday's council meeting at Guelph City Hall, including Loberg, Bentz, and Barrie Mayor Jeff  Lehman. Will the positives of Alectra merger outweigh the concerns for our city council? The meeting starts at 6:30 pm and Politico will live-blog it all...
Posted by Adam A. Donaldson at 9:00 AM