City Council Preview - What's on the Agenda for the December 18 Meeting? 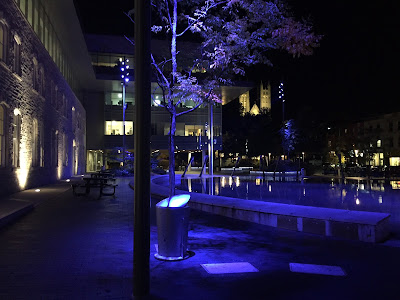 It's the end of the year for council as we take one last meeting before the Christmas break. Tying up loose ends from this month's committee, and the start of a commercial policy review is all that's got to be taken care of before it's egg nog and good cheer time!


CON-2017.59 Proposed Demolition of 72 Beaumont Crescent, Ward 1 - Back in May, the property known as Beaumont Cres was consolidated with the property next door at 460 Elizabeth St., which is more commonly known as Durose Manufacturing Ltd. In other words, the single-detached home at the Beaumont Cres address must go however it's listed as non-designated in the City of Guelph’s Municipal Register of Cultural Heritage Properties, which means that it has protection. It's not officially part of the City's list of heritage buildings though, so having said that, Heritage Guelph is okay with letting the house go, and just needs council's final approval.
CON-2017.60 Commercial Policy Review: Stage 1 Commercial Analysis and Background Report - How is the shopping in Guelph these days? That maybe a crude way of looking at the situation, but that's more or less the point of this report. They say bricks-and-mortar retail is going out of fashion, but the number of square metres of retail space in Guelph has actually increased by over 200,000 square metres over the last 10 years, with another 55,7000 square metres part of active development. Now, on the concerning side, is that fact that the vacancy rate for commercial space is 7.5 per cent, which is on the high side for a balanced retail space vacancy rate. Looking to the future, Guelph may have enough commercial land to meet demand by 2031, but we could fall a bit short by 2041. This is important because according to a telephone survey of Guelph residents they spend 80 per cent of their retail dollars in town, while Guelph also draws a strong percentage of shoppers from outside of town. Next, Stage 2 will commence with community engagement, development of framework alternatives, and the release of a preferred commercial policy framework.
Consent Items from the Committee-of-the-Whole meeting on December 4:
Posted by Adam A. Donaldson at 7:30 PM