What's the Deal with the Multi-use Pathway on Woodlawn? 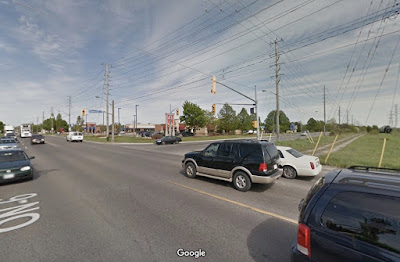 In a follow-up to last week's Guelph Politicast about biking in Guelph, I though it might be a good time to share a bit of critical, need to know information should you happen to be on your bike, on Woodlawn Road, and are interested in using the Multi-use Pathway, or MUP if you like.


You may have noticed the pathway, the one that runs between Silvercreek Parkway North and Nicklin Road, it's about halfway between a sidewalk and a trail. It's paved, yes, but there are no lines, no signs, nothing to say what's proper, or improper, in terms of vehicles, rules, and right of way. The following information was provided to citizen that asked CIty staff the question, and that email was passed on to me.
So is a MUP a sidewalk?
Nope, it's more like a paved trail meant to accommodate all kinds of active transportation - bikes, skateboards, scooters, and even hoverboards. Pedestrians are welcome too, of course.
How is the MUP not like a sidewalk?
The material used to surface the MUP prevents cracking and settlement issues.
How is the MUP not like a trail?
The City plows the MUP and maintains it for year round use.
Aren't there bike lanes on parts of Woodlawn?
Yes, but the MUP is meant to another option for cyclists who "may not feel comfortable riding on the roadway." The sheer number and speed of the cars on Woodlawn may dissuade cyclists from using bike lanes along Woodlawn, says the City.
Who gets right of way where the MUP crosses driveways?
The MUP user does. Vehicles entering and exiting driveways are expected to yield right of way to those using the MUP and only proceed when the way is clear. Of course, all MUP users are expected to obey traffic signals including train crossings, and traffic lights.
Anything else?
The City reminds you that everyone on the road has to operate their vehicle safely and with awareness of everyone else on the road.
Posted by Adam A. Donaldson at 3:19 PM