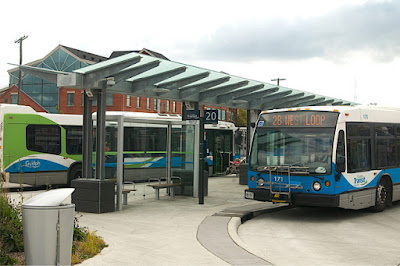 Oh what a year it's been for those that take the bus in the city. First, the price of passes went up, then service was cut down to one-hour on statutory holidays, and then the loss of peak service for the summer seemed to throw a lot of things into chaos until city council conceded that they had created a problem in trying to save the city money and put on extra buses. That's a lot to talk about and I'm tired of talking to myself about it.


That brings us to Steven Petric. He's not employed by Guelph Transit, or the City of Guelph, but he has been invested in improved transit in the Royal City since he was a young age. No, literally, he was a kid. Petric has run for city council a couple of times on a transit friendly platform, has served on the Transit Advisory Committee, and frequently appears at City Hall when transit issues are up for discussion. He walks the walk too, as an avid transit user and cyclist.
So this podcast features two transit nerds talking about what it's like taking the bus, the current state of the transit system, communication difficulties between transit and its riders, the ambitious realignment that the City may implement sometime next year, and what Petric would do with transit if cost is no option. Let's just call it a wide-ranging discussion.
So let's talk about transit on this week's edition of the Guelph Politicast!