A Great Week for Politics 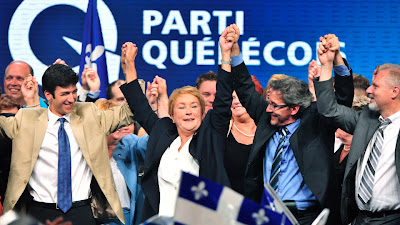 It occurred to me today that this is a great week for the politically observant, filled with many interesting stories from all sectors of politics: the local, the provincial, the national and the international. Let's look at the big four this week: