City Council Preview - What's on the Agenda for the November 16 Meeting? 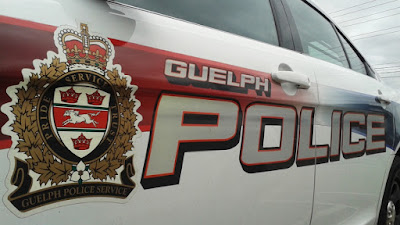 This week's installment of the 2017 #GuelphBudget will deal with all the services, programs and organizations that split costs between the City of Guelph and various other levels of government and revenue sources.
2017 Local Boards and Shared Services Budgets

PRESENTATION: Guelph Public Library - In their 2017 budget, the library is looking for a 3.27 per cent increase over last year, coming out to $279,560 more in the operating budget. That sounds like a lot, but the library is averaging growth at about 10 per cent, so perhaps that's a steal, especially when you consider that funding the library costs every person in Guelph about 21 cents per year. Much of the increase is going to salaries, wages and benefits with a price tag of almost $6 million due to the new compensation package that the City worked out with library workers earlier this year. There's also a slight increase in the budget for purchased goods and purchased services. Of the library's $8,820,900 budget, $549,700 will come from additional revenue sources including fees, charges and sales, grants, and external recoveries.
PRESENTATION: Wellington-Dufferin-Guelph Public Health - About two-thirds of the Health Unit's budget comes from provincial sources including the Ministry of Health and Long-Term Care and the Ministry of Children and Youth Services, and of the remaining third, almost half, 45.9 per cent, comes from the City of Guelph. But while provincial funding will remain flat for 2017, the Health Unit still needs an extra $160,463 that has to be raised from Guelph, the County of Wellington, and the County of Dufferin; the Royal City's share will be and extra $73,653 for a grand total of $3,756,285. What does that money pay for? Well, nearly three-quarters of the Health Unit's budget goes to salaries and benefits to staff, and they're asking for a 0.8 per cent increase next year to maintain current levels of funding and expenditures.
PRESENTATION: Downtown Guelph Business Association - The goal of the Downtown Guelph Business Association is to beautify, attract, and advocate, and it seems that so far as the 2016 budget is concerned, the DGBA is on track to be not only be on budget, but to have a small surplus for the year as well. For its 2017 budget, the DGBA is looking for a nearly $17,000 increase over last year. The extra money will go to Events ($10,000) and General and Admission ($4,300), while Payroll and Revitalization stays flat, and the Marketing and Promotion budget has been cut by $2,000. The full budget is available to be viewed on the Downtown Guelph website. The goals for next year include working to manage parking disruptions, continuing with repairs to downtown sidewalks, working with the City on the "blight" of the present garbage bins, and keeping two-hour free street parking.
PRESENTATION: Guelph Police Services - Policing is a pretty big piece of the budget pie in Guelph, and the Police Services Board report makes a point of showing how hard they worked to get the proposed increase as small as possible. Still, there are some not insignificant budget impacts from the police budget for 2017 including the financial effect of the contract settlement, the cost of new software and nearly five new full-time equivalent (FTE) positions including Prisoner Care and Control, High Risk Domestic Violence/Senior Crime, and Increased Supervision in Communications. The total budget increase is expected to be 3.19 per cent, a variance of $1.2 million for 2017 over 2016.
PRESENTATION: The Elliot Community - The budget for the Elliott will increase next year, but then again, so will its operating deficit. Revenue from resident accommodation, provincial subsidy, and municipal subsidy are all expected to increase by 1.4, 4.1, and 2 per cent respectively, but the Elliott is expected to take a hit of 14.5 per cent in the other revenue line. As a result, the operating deficit is expected to increase by $132,456 to bring it to a grand total of $616,926
PRESENTATION: Country of Wellington Social Services - The City of Guelph shares a lot of big responsibilities with the County of Wellington including managing the local offices of Ontario Works, Social Housing, and Child Care placement, so these are not things you can cut so easily from the budget. Indeed, the budget for social services is going up 3 per cent to $82.7 million, but since this is a commitment shared by the City, the County and the Province, Guelph's share of the social services budget is actually going down 2 per cent. Of course, 2 per cent is about $400, but like the man said, a penny saved is a penny earned. As for new spending, the Province is increasing funding for the Community Homelessness Prevention Initiative, the rising price of hydro on municipally-owned properties is also a concern, as is $2.8 million in improvements and upgrades to County-owned social housing, and the County is still waiting for the 2017 funding allocation for child care (but the present numbers are based on last year).
Posted by Adam A. Donaldson at 12:00 PM