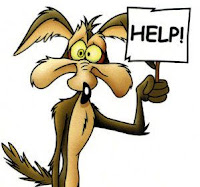 The City of Guelph sent out a press release today warning the public that coyotes may be amongst and now until mid-March we best take caution.
PRESS RELEASE
GUELPH, ON – Monday, February 27 - In light of two coyote-related pet deaths and an increase in reported coyote sightings, the Guelph Humane Society and the City of Guelph are reminding residents to supervise small children and dogs playing outdoors and keep cats inside.
“Coyotes play an important role in controlling populations of rabbits, rats and mice, and they can be a threat to other animals” says Deb Gray, operations manager for the Guelph Humane Society. “Coyotes are highly adaptive they’re learning to live closer to people so we are starting to see them more often. People can discourage coyotes from entering their properties by removing yard waste and securing compost and other garbage. Most importantly, never feed coyotes or other wildlife.”
Coyotes are primarily nocturnal animals, but they may be seen during the day in during their mating season which typically lasts from mid-January to mid-March.
Learn how to avoid conflicts with coyotes, and what to do in the event of a coyote encounter at guelph.ca/wildlife.
Posted by Adam A. Donaldson at 6:21 PM