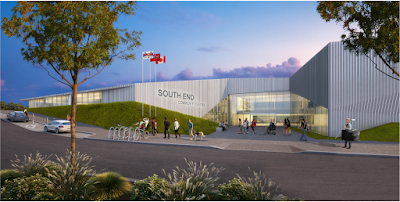 Progress on the South End Rec Centre looks surprisingly speedy as city council was given an information report last Friday detailing the broad strokes, and some initial designs, for the City of Guelph's next great recreational and community meeting place. It's going to have a footprint of 150,000 square feet, and it will cost $59,130,204, but there's still a lot of work to do before shovels are put in the ground.


Toronto architects MacLennan Jaunkalns Miller Architects were hired by the City in November 2017, and have delivered a series of initial design concepts for the proposed South End Rec Centre. More specific detailing has to be done on the project, but for now, it looks like the unnamed SERC will have a twin pad arena, aquatic complex consisting of a 25 metre eight lane lap pool and teaching pool, double gymnasium, multi-use program and meeting space, an indoor walking track, warm up area for facility participants, administration and operational space.
The facility will also be designed to meet the Canada Green Building Council’s Leadership in Energy and Environmental Design (LEED) standard, and will take advantage of utility incentive programs such as the High Performance New Construction (Guelph Hydro) and Commercial Savings by Design (Union Gas).
Cool, right? A public survey determined the priority of some of the design elements, and a number of local organizations were consulted including the Wellington Catholic District School Board, major facility users, Guelph Wellington Seniors Association, the University of Guelph, and Union Gas.
The proposed location for the Rec Centre is a big piece of City-owned land just to the south of Bishop MacDonell High School on Poppy Road. Although other sites were looked at, staff feel that this site is the most promising given the ownership, the surrounding amenities, the local traffic flow, and area transit connections.
The $3.6 million detailed design work for the SERC was included as part of the 2017 Capital Budget. A proposed operating budget for the project will be part of the 2019 budget deliberations, and the facility has been identified for potential provincial and federal grants. 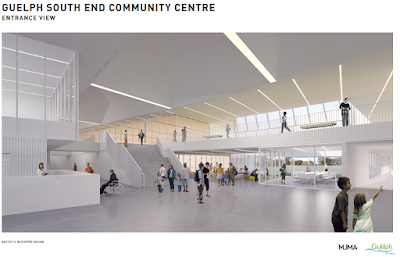 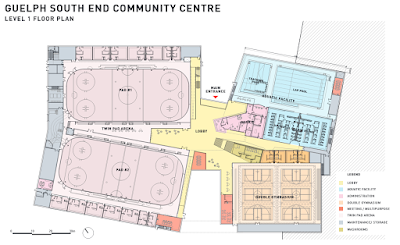 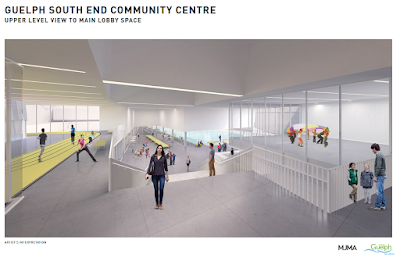