The Global Bore on Terror

Two weeks ago Monday, following the tragic events of Boston, CTV interviewed Tom Ridge as part of their coverage. Now Ridge is the former Secretary of Homeland Security, and aside from being the first man to hold that title and helping to manage the largest re-organization of the U.S. government in its history, his tenure in that post was largely unremarkable.
But Ridge, and this is how I took his appearance on the news, is a symbol of the immediate reaction post-9/11, a reminder that sweeping action was taken without a lot of thought about the consequences following a terrorist attack on American soil. Looking back on those events, it's easy to see where things might have gone wrong, and where other things might have gone too far, which is why it's a relief that any kind of visceral and emotional overreaction has been avoided - for the most part.
Read more »
Posted by Adam A. Donaldson at 3:41 AM No comments:

Another Meeting About a Cultural They Don't Get

It's strange how just one week after touting an awards victory in communicating that the city sends out a press release with one day's notice for an event held the very next day, but I digress.
Today's announcement is about a Chamber of Commerce sponsored-discussion about local culture, music to be precise. The press release says that the panel discussion - featuring Culture and Tourism General Manager Colleen Clack, Hillside Executive Director Marie Zimmerman, and musician Royal Wood - will be about how the Royal City can "leverage music from an economic, cultural and social perspective." Sounds impressive, but what we have here, I think, is another attempt by the powers that be to tap into a cultural they don't get, and in a real sense only want to pay lip service to.
Read more »
Posted by Adam A. Donaldson at 7:14 PM No comments: 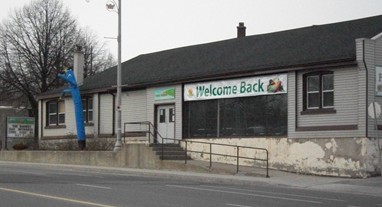 That headline probably speaks for itself, but get the full details from the city's press release after the jump:
Read more »
Posted by Adam A. Donaldson at 11:11 AM No comments:

BC Goes to the Polls 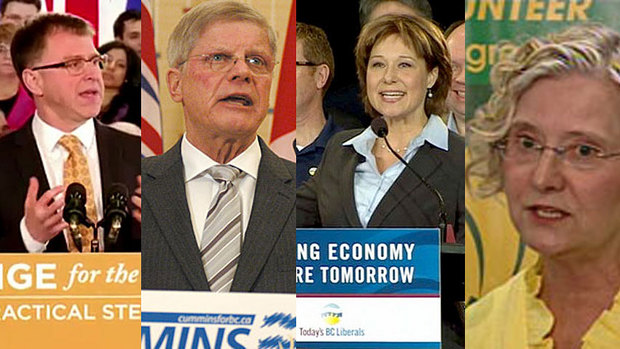 An election has been called in British Columbia, and why should we care, you may be asking. Fair enough. The provincial politics of B.C. don't have much of an impact on us here in Ontario, but for open-minded politicos there are a couple of things to watch out for when British Columbians go to the polls on May 14.
Read more »
Posted by Adam A. Donaldson at 2:04 PM No comments: 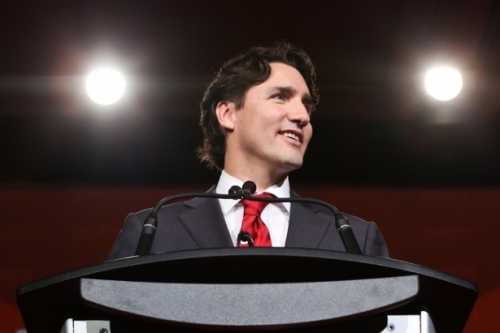 Well that didn't take long. Of course, Justin Trudeau has long been the hands down winner of this past weekend's Liberal Leadership Race, so the Tories had a long lead time to get attack ads prepped, but to come out less than 24 hours after the man himself takes office - that's blitzpolitik.
But having said that, this is the best they could do?

The annual Doors Open Guelph Event is taking place Saturday April 27th from 10 to 4, one of several similar events taking place in 200 communities across Ontario later this month. But here in the Royal City, the Guelph Arts Council has revealed the list of sites for this year's 12th annual event.
Read more »
Posted by Adam A. Donaldson at 10:30 AM No comments:

While I'm sure this is a tremendous honour to the people at city hall who work hard in the public relations department, but I'm sure it comes as something of a surprise to many in the city itself that they've won several awards in the area of public communications. Beyond that though, I'm sure it comes as an even bigger surprise that this latest award is given to the city for its campaign to promote the new waste collection system.
Read more »
Posted by Adam A. Donaldson at 11:03 AM No comments:

That warning has probably come a little too late for those of you who have already ventured out into today's winter storm. Rest assured though that our local first responders are on the case, and that our civil servants in city hall are keeping an eye on the situation too.
Read more »
Posted by Adam A. Donaldson at 2:43 PM No comments:

City Budget Available to Parse For Yourself Online 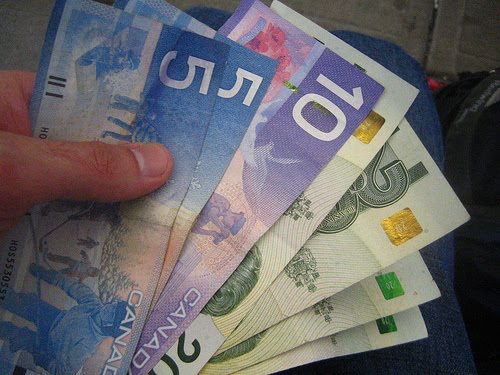 Every year, the creation of the city budget is a contentious and difficult process, but after it's all said and done and voted on, it seems it's just kind of forgotten about till the debate over the next year's budget begins, or some sort of malfeasance regarding something in the budget being misspent comes to light.
Perhaps the city's trying to change that by letting by letting people access the budget anytime, anywhere (so long as you have internet access and/or are in one of the city's public libraries). The city announced yesterday that they've posted the 2013 budget online, and if currently awaits budget hawks of all stripes in 10 easy and convenient to download pdfs on the City of Guelph website.
Read more »
Posted by Adam A. Donaldson at 7:48 PM No comments:

A Different Reaction to Thatcher's Death

Your grandmother probably once told you not to speak ill of the dead, and if you've seen the media coverage of the death of Margaret Thatcher, then you know they're working very hard to do grandma proud. Not so much in Brixton.
Read more »
Posted by Adam A. Donaldson at 6:56 PM No comments:

Obviously, it was big news earlier this week when it was announced that Michael Sona would be charged in relation to the robocall scandal that has many Canadians concerned about the safety and validity of their democracy. The single solitary charge under the Elections Act, that Sona alleged to “wilfully prevent or endeavour to prevent an elector from voting at an election,” will be heard in court early next month, but astute politicos are wondering what the long term implications may be.
Read more »
Posted by Adam A. Donaldson at 7:43 AM No comments: 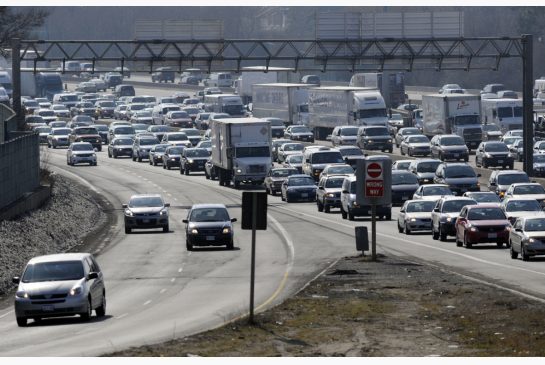 Some statistics say that we lose about 32 days on average sitting in traffic. Or to put another number on it, we lose almost three and a half billion dollars a year in lost productivity traveling between our home and our place of work. So needless to say, the daily commute, when put in those terms, is a bit more than a petty annoyance in the grand scheme of things. And you know what, Ontario's mayors, including our own Karen Farbridge, want to do something about it.
Read more »
Posted by Adam A. Donaldson at 9:11 PM No comments:

Sona Goes Under the Bus Again? 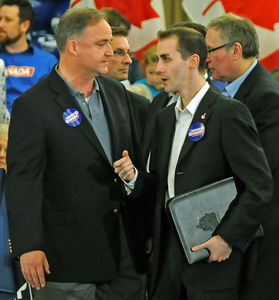 He said he didn't do it, but it seems that Elections Canada begs to differ in the case of Michael Sona and the great robocall election scandal of 2011.
Read more »
Posted by Adam A. Donaldson at 5:52 PM No comments: 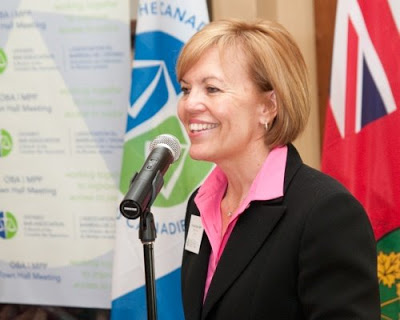 Barely a month since Kathleen Wynne took over at the Premier's office many have thought that an election taking place in the immediate future was off the table. Or is it.
Call it good outreach, call it anticipation for an election call, call it a good time at Delainey's, but the local Progress Conservative riding association will be hosting health critic Christine Elliott on Friday over the lunch hour, according to a press release sent out by riding association president Greg Schirk.
Read the full press release below to learn more.
Read more »
Posted by Adam A. Donaldson at 8:38 AM No comments: