City Council Preview - What's on the Agenda for the September 12 Meeting? 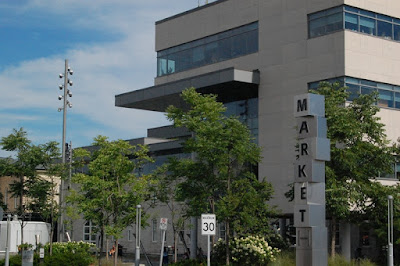 It's back to business as usual at City Hall this coming Monday with the first full city council meeting since July. This first council meeting of the month is, of course, a planning meeting, but there are a variety of different issues on the table including food trucks, the budget, and a special resolution about a particularly controversial issue just south of the city.


2017 Budget – Council Toolkit - On overview of the plans and considerations for this year's budget deliberations.
Food Vehicles: Proposed Zoning By-law Amendment (ZC16-10 – City Wide) - In reviewing the new by-law amendment for the operation of food trucks in the city it appears that staff have addressed the key concerns of food truck operators, primarily the definition of what is a food truck and where the food trucks will be allowed to set up. According to the new definition, a food truck is described as "an outdoor vehicle not permanently affixed to the ground and capable of being moved on a daily basis, from which food intended for immediate consumption is provided for sale or sold, and includes a motorized, self-propelled vehicle (i.e. food truck), a vehicle that is not self-propelled, but can be towed (i.e. food trailer) and a vehicle moved by human exertion (i.e. food cart)." The towed and self-propelled vehicle designates were left out of previous definitions. As for location, the City will allow food trucks in all the following zones: Convenience Commercial (C.1), Neighbourhood Shopping Centre (NC), Community Shopping Centre (CC), Regional Shopping Centre (RC), Central Business District (CBD.1), Service Commercial (SC.1, SC.2), Commercial-Residential (CR), Industrial (B.1, B.2, B.3, B.4 and B.5 zones), Park (P.3, P.4, P.5), and Institutional (I.1, I.2, I.3). Being allowed to operate in parks and in Downtown Guelph (AKA: CBD.1) were two areas of concern for food truck proprietors.
Request for an Extension of Draft Plan Approval: Victoria Park Village (23T-07596 – Ward 6) - The proposed subdivision that was once the Victoria West Golf Course is looking to get a three-year extension on the agreed upon plan. The original plan was passed in 2011, appealed to the Ontario Municipal Board in 2012, and passed with agreed upon improvements in 2013. It expires in November, and if it's allowed to lapse, that means the planning process will have to begin again from scratch. Given how hard it was get this approved in the first place, staff is not interested in letting the current plan lapse, and are recommending that council approve the extension.
Proposed Demolition of 125 Grange Street (Ward 1) - Staff is recommending the demolition of one single detached dwelling so that it can be replaced by another.
Request for an Extension of Draft Plan Approval: Hanlon Creek (23T-03501 – Ward 6) - Staff is recommending a five-year extension for the draft plan of the unregistered portion, or Phase 3, of the Hanlon Creek Business Park, which is between Laird Rd and Forestell Rd and runs east to the Hanlon Parkway. Because this is the last phase of the HCBP, and because it's development is market driven and dependent on the absorption of land in the first and second phases, the owners are requesting that the plan be extended to November 8, 2021.
Proposed Downtown Zoning By-law Amendment (ZC16-12 – Downtown) - The regulations are being reviewed in order to facilitate the policy framework established in the Downtown Secondary Plan, support investment and development Downtown, and streamline the development review process. This is formal public meeting for feedback before the amendment is full adopted by council sometime in the first quarter of 2017. Among the updates are new regulations for permitted uses, built form regulations, building tower separation regulations, building height regulations, active frontage regulations, and updated vehicle and bicycle parking rates and regulations. There will also be a by-law amendment for regulating the location of air vents in a parking structure, new definitions for new additions to the by-law (including active entrance, bicycle parking space, floorplate, etc.), a holding provision that will make sure there's adequate infrastructure on a site before intensification takes place, and the definitions of specialized downtown zones have been consolidated to better encourage a variety of services and businesses.
Notice of Motion from Councillor Gordon - Ward 2 Councillor James Gordon is asking for council's support, and that of the Intergovernmental Relations, Policy and Open Government staff, to send comment through the Ontario Environmental Registry Process that the City opposes renewal of Nestle's water taking permit. "In these times of drought and climate change, and with the Places to Grow mandate to dramatically increase our city population which would affect our water needs, we need to exercise the precautionary principle and do everything that we can to protect the sustainability of our watershed and the integrity of our drinking water supply," says the motion. The deadline for comment on the renewal of the permit is September 30.
Posted by Adam A. Donaldson at 1:49 PM