City Council Preview - What's on the Agenda for the July 11 Meeting? 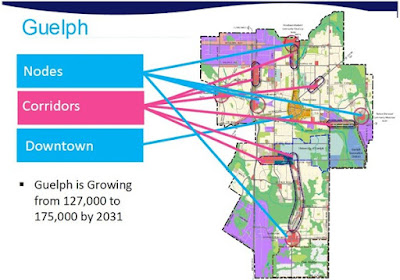 Sure, it's summer, but considering the following agenda it looks like city council isn't taking a break (that's next month). Reports on affordable housing and food trucks will be heard, along with the usual planning, developing and rezoning matters heard at the first meeting of every month.


Presentation - Amanda Macdougall, Regional Manager, Municipal & Stakeholder Relations, MPAC re: 2016 MPAC Assessment Update.
Food Vehicles Proposed Zoning By-law Amendment - Staff is bringing forth the latest research they've done into changing the bylaw for food trucks in the City of Guelph including a new definition, new regulations for the operation of a food truck, and changes in where food trucks are allowed to operate. Staff would like to see food trucks, or food vehicles if you will, defined as "an outdoor wheeled vehicle not permanently affixed to the ground and capable of being moved on a daily basis, from which food intended for immediate consumption is provided for sale or sold, and includes a motorized, self-propelled vehicle (a 'Food Truck'), a vehicle that is not self-propelled, but can be towed (a 'Food Trailer') and a vehicle moved by human exertion (a 'Food Cart')." Under the amendment they will be allowed to occupy defined (non-accessible) parking space, and will be allowed in commercial, industrial, park and institutional zones. The final report will come back to council in September.
745 Stone Road East and 58 Glenholm Drive Proposed Zoning By-law Amendment - The owners of these plots are looking for a zoning change that will allow them to build two residential lots on the Stone Road property, and three on Glenholm. Presently, both lots are zoned “Specialized Urban Reserve” (UR-?), but in order to proceed with the development, the owners are asking for the land to be rezoned to Specialized Residential Single Detached” (R.1A-?) zone and “Conservation” (P.1). This is the statutory public meeting for the proposed development.
389 Speedvale Avenue West Proposed Zoning By-law Amendment - U-Haul Co. is looking to establish a "self-storage facility and truck rental establishment" at the former site of JL's Home Hardware. The property will have to be rezoned from “Specialized Service Commercial” (SC.1-17) Zone to “Highway Service Commercial” (SC.2) Zone in order for the plans for the storage facility/truck rental business to move forward, and this is the statutory public meeting to discuss the change up. Given that the site's been abandoned since JL's moved to a new site on Wellington Street in 2013, it might be a welcome rezoning change for the area.
Affordable Housing Strategy: Recommended Strategic Actions - The draft plan will bring 15 recommendations to council for consideration in developing the City's Affordable Housing Strategy. Recommendations will include that the affordable housing target be maintained at 30 per cent split between 27 per cent ownership and 3 per cent rental; that rental housing target should be measured as a five year annual average; a comprehensive review of the City's zoning bylaws; and that the City should provide a variety of financial assistance for the development of affordable housing. Among the measures not being recommended are the establishment of a fund for a housing development corporation, use of municipal lands and land banking, and social financing. From here, there will be further community engagement before the final Strategy document is revealed this fall.
Mixed-Use Nodes Urban Design Concept Plans: Gordon/Clair Community Mixed Used Node and Woodlawn/Woolwich Community Mixed Use Node and Woolwich Intensification - Staff has prepared a report to direct future plans for three areas identified for densification. For Gordon and Clair, staff is recommending the development of a Main Street Area, transit nodes, cycling facilities, and connections to the Clair-Maltby Secondary Plan area. Further north, it's much of the same, but the focus is on commercial activity on Woodlawn Road, improved active transportation connections at Riverside Park, and reducing and consolidating vehicular access. The purpose of this report is to not endorse any specific plan for further development in these areas, but to provide guidelines to be kept in mind when considering future proposals.
Bristol Street Reconstruction Phase I (Edinburgh Road to East of Holliday Street) - J.G. Goetz Construction Limited is expected to be awarded the tender for the for the reconstruction of Bristol Street from Edinburgh Road to Holliday Street, which is Phase 1 of the total reconstruction of Bristol Street from Edinburgh Road to Wellington Street. Improvements to the street include replacement of the Speed Trunk sewer, traffic calming, a bigger watermain, improved drainage, and new sidewalks. Construction is expected to begin later this month and is expected to cost $1,824,632.50.
1229 Victoria Road South Proposed Official Plan Amendment and Zoning Bylaw Amendment - Reid's Heritage Homes and Westminister Woods is looking for a zoning change from “General Residential” to “Neighbourhood Commercial Centre." So instead of another cluster of houses, they're instead going to build a four storey, 101-unit apartment building along with a neighbourhood commercial plaza with over 8,000 square feet of retail space. Staff also want to assure that any necessary road improvements that have to be made because of the change in designation come at the developer's expense.
Proposed Demolition of Church Manse at 47 Arkell Road - The old manse for the Arkell Bible Church has been vacant for years, so they'd like to tear it down. The property will likely be used for the expansion of the chapel and the provision of more parking.
Posted by Adam A. Donaldson at 7:35 PM