Beware of Coyotes on the Niska Trail 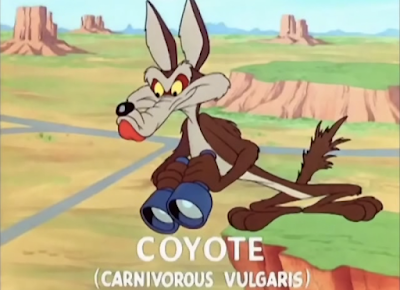 This might be a cause for concern. If you enjoy hiking or walking along the Niska trail in the southwest corner of Guelph. Two close encounters with coyotes have the City of Guelph and the Guelph Humane Society warning trail users to keep their eyes open, and know what to do if you should cross paths with a coyote.


The two incidents in question involved people and their dogs. First, a coyote attracted a dog while walking with its owner, and secondly, the OPP was contacted about a coyote that tried to attack a hiker with two dogs. It's unknown if both incidents involved the same coyote.
“Coyotes are highly adaptive and they’re learning to live closer to people so we are starting to see them more often,” said Adrienne McBride, executive director for the Guelph Humane Society, in a press release.
Coyotes are nothing new in the Guelph area, and they are often spotted in more recently developed areas of the city, or areas close to open wooded areas. Every now and then though, close encounters in populated areas with coyotes generate greater concern, like in January 2015 when the police urged the public to not call them with every coyote sighting unless they were an immediate threat to the public or unless the animal was acting strangely. At the time, it was believed that the coyotes were active because it was their mating season.
The City of Guelph posted the following list of things to do if and when you encounter a coyote, starting with the always advisable recommendation to keep you distance.