High Speed Rail Coming to Guelph, and Heading on to Windsor 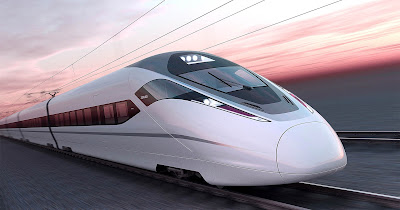 Toronto to Windsor in under two hours? That's the promise in this morning's announcement that high speed rail is coming to southern Ontario and the Golden Horseshoe by 2031 at a cost of just over $20 billion. But can it be done in the timeline proposed and for the amount of money suggested, or is the Province of Ontario reaching beyond its grasp?


The major new initiative by the Ontario government was greeted with much fanfare this morning as Premier Kathleen Wynne and Minister of Transportation Steven Del Duca announced the two phase project, and an initial $15 million investment for a comprehensive environmental assessment. The system will use a combination of existing track and new dedicated track to create a seven-stop high speed rail corridor from Toronto to Windsor, through Guelph, Kitchener, London, and Chatham-Kent. The Toronto to London portion will be built by 2025 for about $4.1 billion in capital costs, with the remainder of the line looking to be opened in 2031 for $3.4 billion.
“High speed rail will have a transformative impact on travel in Southwestern Ontario, helping people to innovate, connect with each other, and travel for work, study and play," said Del Duca in the news release. This is just one part of our plan to invest in transit across the province — connecting communities and supporting growth in jobs and the economy.”
High-speed rail seems to be the antidote to the province's congestion problems, with traffic woes not easing up as people continue to move westward from Toronto looking for affordable housing options. This past fall, GO Transit added two additional trains to their morning and evening rush hour trips to Guelph and Kitchener, and last month the province announced that they were expanding the 401 between Milton and Mississauga. But rail is key, especially as Guelph and the Region of Waterloo target growth in the tech sector, many of whom commute into town from the Greater Toronto Area.
On high speed rail, the trip from Toronto to Guelph will be 39 minutes, and the trip to Kitchener will add another 10 minutes. Presently on public transit the journey from Guelph to Toronto will take you between 90 minutes to two hours, assuming nothing goes wrong along the way.
“This is the culmination of more than a year of work to literally put Guelph on the map for high speed rail,” said Mayor Cam Guthrie in a City of Guelph news release. “Two years ago, a Guelph stop was not on the table. Together with our MPP Liz Sandals, the Chamber of Commerce, and the University of Guelph, our city made a compelling case to Mr. Collenette and the Province for a stop in our city. I want to thank the Province for listening and being receptive when Guelph came knocking.”
The "Mr. Collenette" mentioned is David Collenette, Ontario’s Special Advisor on high speed rail. Collentette's report, which was released in fall 2015, looked to skip Guelph because of too many "at-grade" road crossings in the line that passes through Guelph, but pending updates required by Transport Canada changed the formulation, so Guelph was back in the game. The matter was discussed in council last May.
The question remains though: Can the province deliver? The federal government announced $752 million at the end of March to improve 40-kilometres of track between Brampton and Toronto in order to commence two-way, all-day GO train service between Kitchener and Union Station. That service is expected to begin in 2024, so it might end up that this track work and the high speed rail will be developed side-by-side. All deadlines though will likely depend on what comes of that environmental assessment currently underway.
TL;DR - The process to bring high speed rail to Guelph has begun, but it's uncertain now how much it will cost, how long it will take, or how it might impact bringing two-way, all-day GO trains to town. Stay tuned.
Posted by Adam A. Donaldson at 7:00 PM