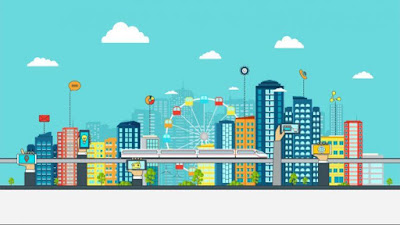 It sounds a bit like a reality show. Infrastructure Canada is challenging municipalities, regional governments and First Nations communities from coast to coast to coast to use innovation, data, and technology to address one of the pressing issues of the 21st century. Guelph chose food, and this is a podcast about it.

Last Friday, the City of Guelph announced their submission to the Smart Cities Challenge, a joint endeavour of the City, the County of Wellington, and community partners like the University of Guelph and Wellington-Dufferin-Guelph Public Health. The pitch is that Guelph's in a prime position to take advantage of developments in agri-tech to increase access to affordable and nutritious local food, to reduce or transform food waste, and to create new food related jobs.
Sounds great, right? But what is the Smart Cities Challenge? Who came up with it? How will it be decided? To answer those questions, we're joined this week by the two women instrumental in putting together the combined Guelph-Wellington bid: Cathy Kennedy the Manager of Policy and Intergovernmental Relations at the City of Guelph, and Barbara Swartzentruber, Executive Director of Strategy, Innovation and Intergovernmental Services, also of the City of Guelph.
Along with the preamble about the contest, we also dig in with Kennedy and Swartzentruber about how the Guelph-Wellington proposal came together, what it hopes to accomplish, and why the City might move forward with the plan even if we don't win the grand prize. For Guelph, this could mean $10 million to create an entirely new model in food management and development, and with an ever growing population, that's not small potatoes.
So let's blind Infrastructure Canada with some food science on this week's Guelph Politicast.


You can learn more about Guelph-Wellington’s entry into the Smart Cities Challenge on the City's website here. The finalists will be announced later this year, and the winner will be announced in Spring 2019.
The theme music for the Guelph Politicast is from the KPM Klassics collection by Syd Dale.
The host for the Guelph Politicast is Podbean. Find more episodes of the Politicast here.
Remember that the Politicast Podbean channel is also the host for podcast versions of Open Sources Guelph. The previous Thursday's episode of Open Sources will be posted on Mondays.
Posted by Adam A. Donaldson at 9:00 AM