Guelph Going to (Legal) Pot Too Next Summer 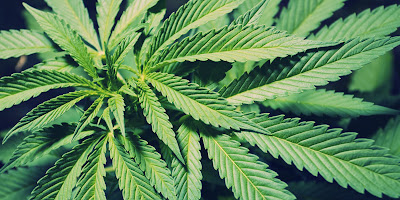 In a surprise move, it seems that Guelph has been called off the waiting list and is getting its own legal cannabis store when legalization goes into effect next summer. Smoke 'em if you got 'em. Or rather, smoke 'em when you can get them in July.


The source for this information is Mayor Cam Guthrie, who told CJOY (via Global) that he had been in touch with officials from the Province of Ontario who say that Guelph will get its own retail marijuana store run under the Ontario Cannabis Retail Corporation (OCRC), exact location to be determined, when pot is legalized in Canada in July 2018.
“(The province) want to speak directly to us and also engage with the community on where the best location would be,” Guthrie said in an interview. “I do not have a preference at all. I believe community engagement is required on that first.”
Like a lot of communities across the country, Guelph has seen an uptick in marijuana-related businesses, like head shops, in preparation for legalization, which was promised by the federal Liberals in their 2015 election platform. Back in September though, the Provincial government announced that it would only be government-run establishments under the new OCRC that would be selling recreational marijuana.
“This is new waters that we are wading through here,” Guthrie added. “We might not know either the benefits or consequences for some time. As a parent, I’m not especially pleased, but I’ve been told by the province and others that they do take this controlling of the substance very seriously.”
Attorney General Yasir Naqvi, Minister of Finance Charles Sousa, and Minister of Health and Long-Term Care Eric Hoskins held a joint announcement earlier this fall where they laid out the new rules for legal pot. The minimum age to use, purchase and possess recreational cannabis in Ontario will be set at 19, and that the LCBO will oversee distribution and sales though pot and alcohol will not be sold side-by-side under the same roof.
"We’ve heard people across Ontario are anxious about the federal legalization of cannabis," said Naqvi as if anticipating the mayor's concerns. "The province is moving forward with a safe and sensible approach to legalization that will ensure we can keep our communities and roads safe, promote public health and harm reduction, and protect Ontario’s young people."
"We are committed to getting this transition right," added Sousa. "When it comes to retail distribution, the LCBO has the expertise, experience and insight to ensure careful control of cannabis, helping us to discourage illicit market activity and see that illegal dispensaries are shut down."
Initially, 14 OCRC stores were announced with the closest one opening in Kitchener. The Province intends to over 150 standalone stores open across Ontario by 2020.
Green Party of Ontario leader Mike Schreiner, so far the only declared candidate for the 2018 Provincial Election, is staunchly against the government's plan. "The Green Party does not support the monopolization of marijuana. The marijuana industry should be like the craft brewery industry – helping build local businesses, creating local jobs and contributing tax dollars to local communities across the province," said Schreiner in a statement published after the government announcement.
So far, there's been no official word from the Provincial government itself about a Guelph OCRC location.
You can listen to Guelph's own Marijuana Party candidate Kornelis Klevering talk about the province's plan on a recent episode of Open Sources Guelph here.
Posted by Adam A. Donaldson at 6:16 PM