Whatever Happened to Pierre Poutine? 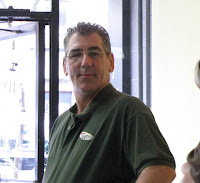 On the Gang of Four a couple of weeks ago we talked about the robocall scandal and what news had since been developing there. If you were hoping that the case was wrapped up in neat little package like a typical Law & Order episode, you'll be disappointed, but we all took the red pill last spring and we're seeing just how far down the rabbit hole goes.
And the rabbit hole has brought us a community southwest of Guelph, and a nondescript home to five residents who all had access to the same IP address from which Pierre Poutine went about his local vote defrauding efforts. For the less technical among us, an IP, or Internet Protocol, address is the distinctive number that identifies where you are when you're on the internet. The thing is that you can do a Google search and in a fraction of a second get several thousand results that will tell you how to hide your IP address.
That's why when Elections Canada went to the home of the IP address Pierre Poutine used, they found five residents who knew nothing about the Marty Burke campaign in Guelph, knew no one involved with the Marty Burke campaign, and had to connection whatsoever to the campaign and the campaigners. A dead end, right?
Possibly, but there is a list of suspects: campaign manager Ken Morgan, deputy campaign manager Andrew Prescott and volunteers John White, Trent Blanchette and Christopher Crawford all logged onto the CIMS, a central database of voter information for the Conservative Party, from the suspected IP address. Several of them, including perennial "Poutine" suspect Prescott, are IT professionals who may be particularly astute in the area of concealing or hiding IP addresses. Of course, I'm not saying that this is conclusive, but unless all five of those campaigners took turns sitting in a car outside the home where the IP address originated, someone with some skill with a computer had to have been pulling a fast one. Assuming, of course, the residents were earnest about not knowing Burke and Co.
Meanwhile the proverbial noose is tightening around Prescott, whom many have charged is the secret identity behind Pierre Poutine in all but a factual way. Still, there's some compelling circumstantial evidence, and this is where RackNine, the Edmonton-based robocall-making company that distributed the fake announcements about the switch in polling places, comes in. RackNine owner Matt Meier has said that the robocalls were sent from his servers by "Client 93," an individual or individuals who logged in using the IP address in question and has previously been tied to the disposable Virgin cell phone registered to Pierre Poutine. Prescott, as previously discovered, was a preexisting customer of RackNine under the prefix "Client 45," who, according to company records, accessed the RackNine servers from the same IP address within moments of each other. So while not necessarily condemning Prescott, an argument could be made that Prescott might know the raconteur known as Pierre Poutine.
In the meantime, Elections Canada investigators are looking to Google for further information about Pierre Poutine's e-mail address: pierres1630@gmail.com. Of course, given the relative ease one can set up a GMail account in near complete anonymity, this line of investigation will surely hit a dead end as well.
But in other news, the original cat's paw of this entire sad affair found himself at the centre of the scandal again. John White, and owner of an internet technology company and one of the above mentioned people connected to the suspicious IP address had some interesting testimony regarding former Burke campaign communications director Michael Sona. White told Elections Canada that Sona “was looking about doing some stuff that might not be okay, and I told him go talk to Matt."
Aside from the grammatical dilemma that last sentence posses, it suggests that Sona was maybe up to no good, doing the beginning leg work for the eventual Pierre plot. As for the "Matt" that White suggested Sona follow up with, he was Burke campaign worker Matt McBain. McBain said Sona wanted “to set up an autodial so that the payment for the calls would not track back to the campaign.” McBain thought that Sona wanted to get up to something juvenile - not party approved, but not illegal either. But in hindsight, could Sona have been putting together the invisible suit of Pierre Poutine, and how to lose the trail between himself and possible co-conspirators in the technological fog?
As I said on the radio, I'm beginning to doubt that we'll ever have clear and indisputable evidence as to the identity of Pierre Poutine whoever he, she, or they maybe. The best we maybe be able to get is have a firm suspicion of what happened. Like the case of Amelia Earhart, the famous aviator who disappeared over the Pacific Ocean while trying to circumnavigate the globe in 1937, we have a strong idea of what happened,  like she crashed in the ocean or on one of a hundred small islands, but without physical proof, like a plane or remains, it's still only a theory. In the case of robocalls, there's a pretty compelling narrative, but the story is far from complete. Still too many murky details and dead ends for anything to be conclusive.
Meanwhile, for a complete timeline of how the robocall scheme was implemented, the Ottawa Citizen's put together a great interactive graphic you can find here.
Posted by Adam A. Donaldson at 5:05 PM