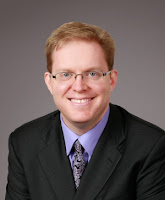 Coming more than a full day after the writ was dropped in Kitchener-Waterloo and Vaughan for by-elections for the Ontario Legislature, Liberals in K-W have announced lawyer Eric Davis as they're candidate for the riding, CTV is reporting. Davis beat out Waterloo Region Police Officer Raj Sharma, and Waterloo City Councillor Karen Scian for the Liberal nomination, and he will now go on to face Conservative Tracey Weiler, NDP Catherine Fife, and other candidates to represent our Highway 7 neighbours at Queen's Park.
Here's a press release from the Liberal Party of Ontario announcing Davis' candidacy:
KITCHENER-WATERLOO, ON, Aug. 9, 2012 /CNW/ - Eric Davis, a local lawyer and dedicated community volunteer, has been nominated as the Liberal candidate in the provincial riding of Kitchener-Waterloo at a packed nomination meeting tonight.
"Kitchener-Waterloo families need a strong, proven voice inside government to fight for them. That's what I've done with local organizations and hope to continue at Queen's Park," said Davis. "Working together we can we fight for and win the vibrant, prosperous future we all want."
Eric Davis is a long-time Kitchener-Waterloo resident currently practicing municipal and planning law. A former Liberal candidate, Davis has been a tireless community volunteer, working with both the Canadian Mental Health Association and currently with the United Way of Kitchener-Waterloo. Davis is a graduate of Wilfrid Laurier, and he and his wife, Cynthia, have a young daughter, Isabella.
The nomination included three well-respected and accomplished individuals including local city councillor Karen Scian and experienced police officer Raj Sharma.
"I want to thank the other candidates for putting their names forward and for their dedication to public service," said Davis. "I look forward to working together and fighting to make sure we build the strong community local residents and families deserve. Only Ontario Liberals have the plan to create jobs, keep local health care strong and give our kids the best start in life."
BIOGRAPHY
Eric has grown up in Kitchener-Waterloo.  He obtained his Honours Bachelor of Arts degree in Political Science and History from Wilfrid Laurier University in 2001 and went on to earn his law degree from the University of Ottawa in 2005, being called to the Bar in 2006.
Eric practices Municipal & Planning Law as well as Education Law at Miller-Thompson, a national law firm in Waterloo. Prior to joining his current firm, Eric began his career with a local Waterloo-based firm where he acted for several different municipalities and various other public bodies in Southwestern Ontario.
Eric is a former executive member of the Ontario Bar Association's Municipal Law Section and has previously taught courses at Conestoga College relating to Ontario Municipal Board Advocacy and Local Government.
Before attending law school, Eric worked for an insurance company in Waterloo and, while at law school, Eric had the opportunity to work for a former local Member of Parliament in Ottawa and at the Ministry of the Attorney General in Toronto.
Eric is an active member of the local community and is currently the Vice-Chair of the Board of Directors for the United Way of Kitchener-Waterloo and Area. He is also a member of the Federal & Provincial Affairs Committee for the Greater Kitchener-Waterloo Chamber of Commerce.
Eric has previously been the President and Chair of the Board of Directors of the Grand River Branch of the Canadian Mental Health Association, a member of the Prosecutors' Association of Ontario, a member of The Record's Community Editorial Board, a Senator at Wilfrid Laurier University, an Ambassador for Sustainable Waterloo Region and a volunteer with the Canadian Diabetes Association.
Eric was the Liberal Candidate for Kitchener-Waterloo in the 2011 provincial election.
Earlier this year, Eric was honoured by The Record as one of the Region's Top 40 Under 40.  The award highlights residents under the age of 40 who have excelled in their careers and demonstrated commitment to community leadership.
Eric is married to his lovely wife Cynthia and he has a young daughter, Isabella.
Posted by Adam A. Donaldson at 12:48 AM