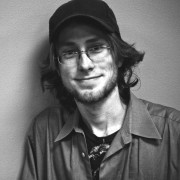 It takes a lot of guile to put your name on a ballot, and it takes a bit more wherewithal to put one's principles to the test by running as third party candidate. But to go there four times in four years takes a special kind of chutzpah, and that's the kind that Communist Party candidate Drew Garvie seems to have.
You may not agree with his ideals, but I think you'd have a hard time arguing that Garvie isn't passionate, and that perhaps he hasn't become an important contrary voice in the local political scene. It's almost a matter now of not if Garvie will announce his candidacy, but when, and he has certainly become a more experienced campaigner with each passing election.
In this Politicast, I sit down with Garvie to talk about the issues as he sees them, what the term "communist" means to him, and why he's the only candidate calling for the complete repeal of the HST.
Click play below to list to the podcast.