City Council Preview - What's on the Agenda for the December 13 Meeting? 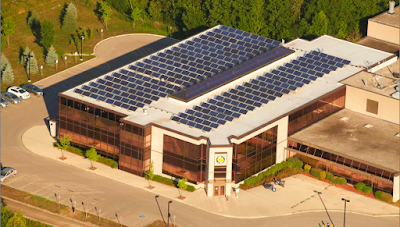 In a move that surprises no one, it is being recommended that the City of Guelph as the shareholder of Guelph Municipal Holdings Inc., move forward with a merger of Guelph Hydro and Alectra Utilities. So what does Guelph get out of the deal? What does it stand to lose? And what's the deadline to make it all happen?


In brief, Guelph Hydro will become part of Alectra Utilities and Guelph Municipal Holdings Inc, which is the shareholder of Guelph Hydro, will have a 4.63 per cent ownership stake in Alectra, and will hold one seat on the Alectra Board of Directors. Guelph Hydro, which will remain "Guelph Hydro" for one year out from the merger, will pay a special one-time dividend of $18.5 million to the City after the deal closes, and in the future, Guelph will get a piece worth just over four-and-a-half per cent of the ongoing dividends equal to 60 per cent of Alectra’s net income. Exact figures are unknown, but it's believed that those dividends will be in excess of the expected $10.1 million in dividends if GMHI kept sole ownership of Hydro.
One of the primary issues that Guelph residents articulated in feedback to the City was the loss of local jobs, and this is where the merger will likely run into the most resistance. According to the Grant Thornton report, of the 130 people that presently work for Guelph Hydro, only 70, which are described as "operational-type jobs" will be keeping their positions immediately following the merger. "About half" of the remaining 70 will be offered "relocation opportunities" starting in 2019, with most relocations happening between 2020 and 2022. The vacating of other positions will be "through attrition, voluntary retirement, or voluntary separation wherever possible." The ultimate number of Guelph-based positions after 2022 was not included in the material.
Furthermore, there seems to be no guarantee of Alectra's ongoing presence in Guelph past 10 years, which is the minimum length of time that Alectra is committing to it keeping the "Southwest Operations Centre" located in the present Guelph Hydro facility. But wait, there's also the Green Energy and Technology Centre, which is a proposed facility that will be a "platform for supporting industry in this transformation by accelerating integrated energy solutions, and shaping the business model that we know today to align with tomorrow’s energy sector needs."
The GRE&T Centre will hire about eight or ten new people in Guelph, who will work at the centre full-time, and Alectra will spend $5 million in capital costs on the centre in the first three-to-five years to turn the present Hydro headquarters into space for demonstration, laboratories, or showrooms, plus another $3 million on annual operating expenses in the first two years. Several stakeholders were consulted on the GRE&T including GE, the University of Guelph, Innovation Guelph, eMERGE, the Ministry of Energy, the Upper Grand District School Board, and Union Gas.
In further good news to the people of Guelph, Alectra is projecting that rate increases for Guelph Hydro users will be more moderate as part of Alectra than if Guelph Hydro remains a standalone entity. On top of that, the new utility promises greater resources to respond to outages including a 24/7 control room and social media updating. There will also be improvements to customer service, and access to additional support in the form or specialized crews, or responding to major events like the 2013 ice storm.
For those concerned that Alectra might be privatized in the future, a letter to Guelph Hydro Electric Systems Inc. chair Jane Armstrong from Alectra chair Norm Loberg allayed those worries saying that "there are no plans in place or contemplated that would result in the loss of municipal control of Alectra." The letter is included in the agenda package.
Guelph Hydro assets break down as follows: one transformer station and two substations; 5,903 transformers; 10,765 poles; 42 fleet vehicles; two rooftop solar facilities that generated 139 megawatt hours in 2016; and 420 km of overhead lines and 712 km of underground cables. Presently, Guelph Hydro is worth $129.4 million.
This report to council also includes information about the success of their engagement campaign. In terms of the City's own outreach, two telephone surveys reached 760 people, the Energizing Tomorrow website got 6,200 hits, six Open Houses drew 109 attendees, 10 pop-up information tables drew 242 people, and there were 16 stakeholder briefings with Guelph Hydro, and seven with the City of Guelph. As for media, 17 ads got 1.9 million impressions, 303 social media posts got nearly 700,000 impressions, two online videos were seen by over 43,000 people, and 50,000 people were reached through customer bill inserts. The City also tracked media stories, and noted that 11.5 million impressions were made via 46 stories published.
Posted by Adam A. Donaldson at 8:00 PM